'That's just my mom' | The woman behind SLU's top scorer

"He asks me all the time, 'Why are you crying?' and I say because I'm happy for you." 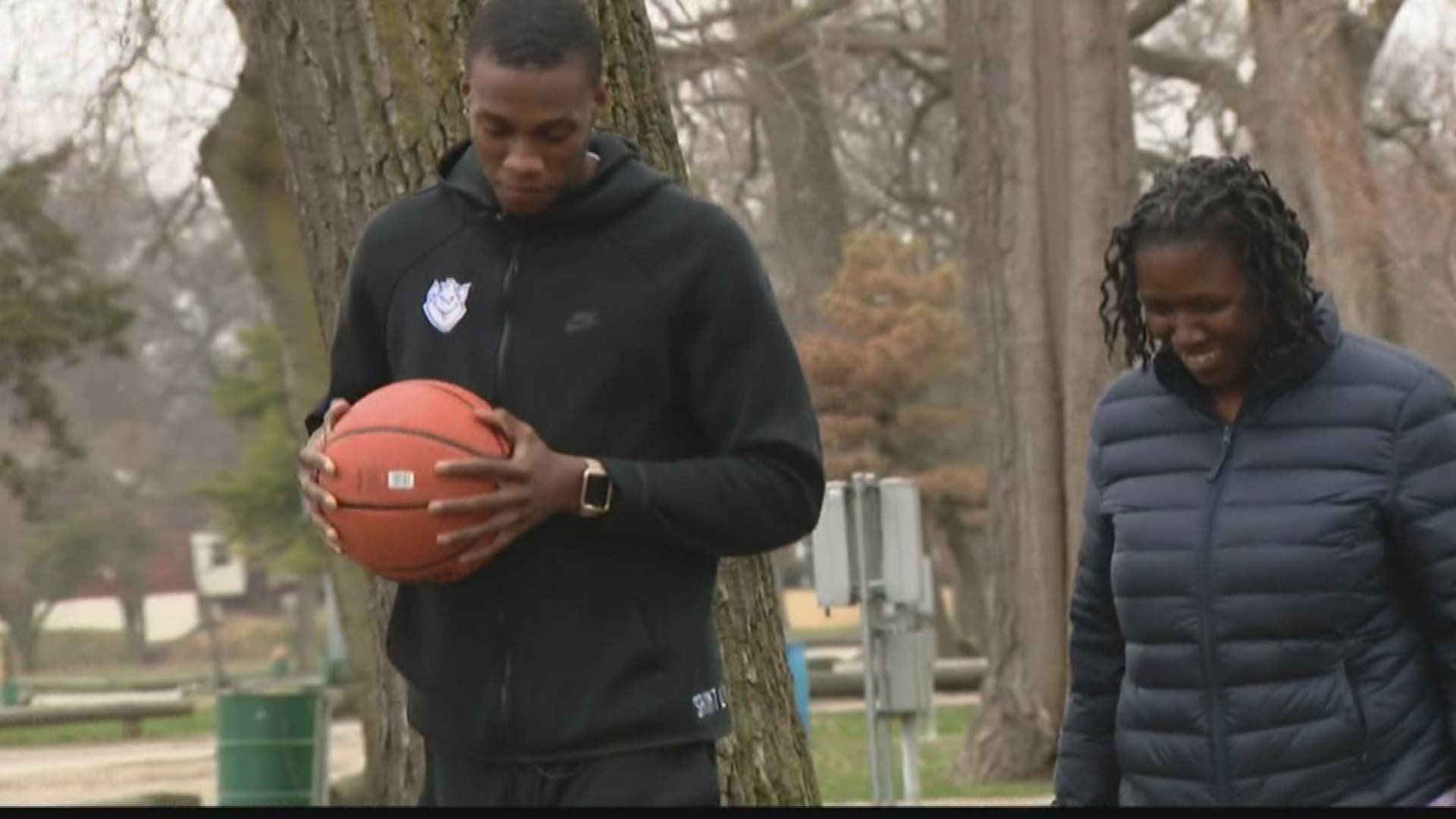 Perkins was the team's most lethal offensive weapon this season, setting a Billiken record for highest scoring average ever in the Atlantic 10.

And while Perkins was powering the Bills, he had a special supporter in the stands, and she was often emotional.

"I might have teared up a bit," Perkins' mom Eileen Stokes said. "He asks me all the time, 'Why are you crying?' and I say because I'm happy for you."

"That's just my mom," Perkins said. "I understand it now. It makes me feel good that I'm doing so good to make her cry, though."

The pair are 'best friends', but it wasn't always happy tears. Eileen was diagnosed with multiple sclerosis 12 years ago, and the family spent a year living in a hotel in Hazelwood. One room for five people.

"We just had to make due with what we had. We were just there for each other," Stokes said. "We held onto each other and we made it."

Through the hardships, Perkins kept practicing wherever he could, and his mom assisted him however she could.

Now, he's the sixth man of the year, and primed for a big senior season next year.

"Everything that she gave me from when I was younger to now, I just want to give it back to her and more," Perkins said.