The 2020 Olympics may be in jeopardy, but St. Louis' Justin Robinson dreams on

“Just to shock the world, that’s my main goal is to just shock the world." This St. Louis athlete is ready for the summer Olympics, whenever they might take place 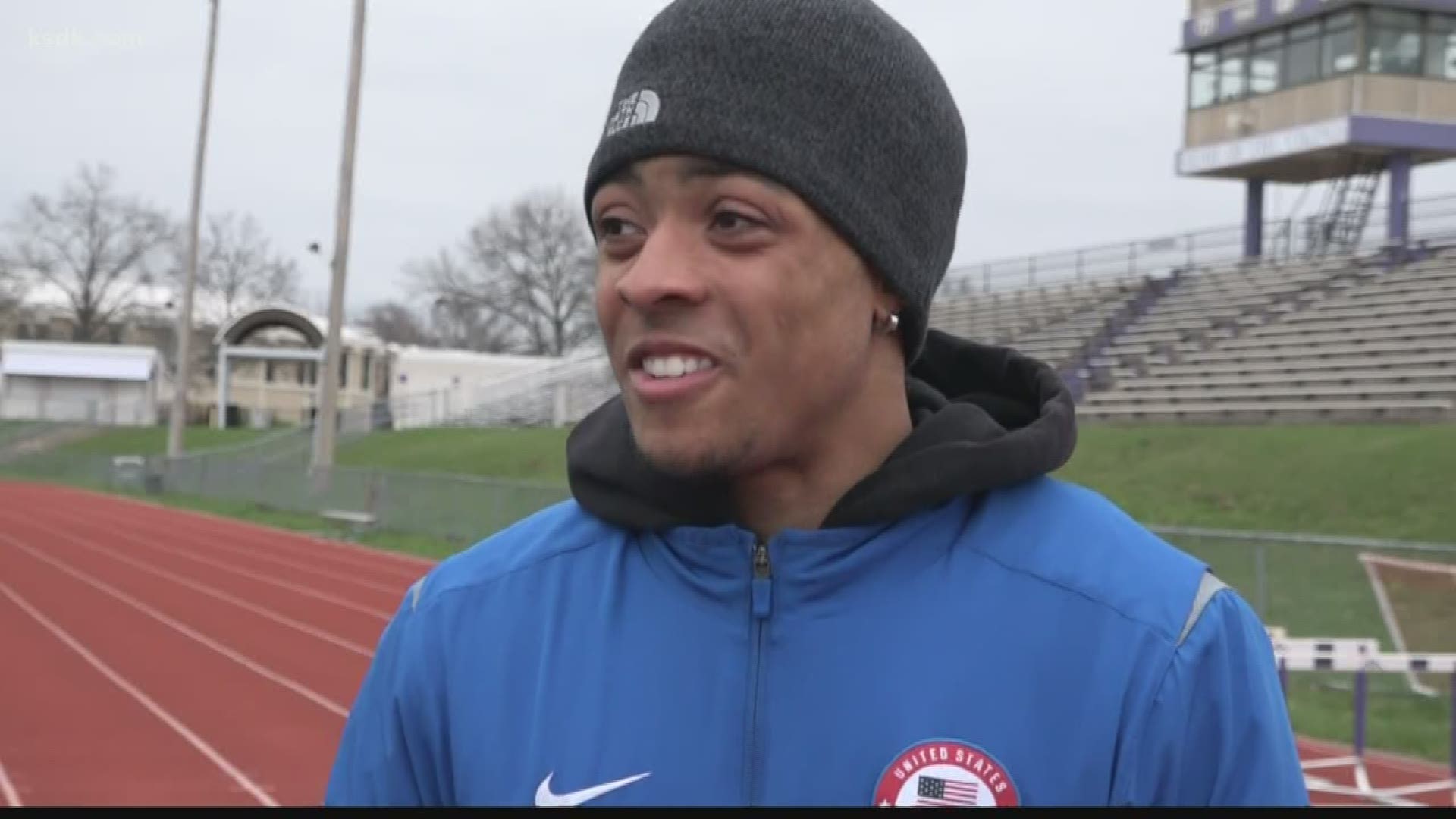 CREVE COEUR, Mo. — The 2020 Summer Olympics could possibly be delayed until 2021, according to Veteran International Olympic Committee member Dick Pound, who spoke with USA Today about the matter.

Right now, the fear of countries pulling out because of COVID-19 is becoming more of a reality.

Team Canada and and Team Australia have already announced they will not be sending their athletes to Tokyo this year due to the risks.

While a vast majority of the public stays home trying to avoid catching the coronavirus, Hazelwood West’s Justin Robinson is stuck between a rock and a hard place.

“It’s very difficult knowing this is my senior season and I can’t really practice and get to meets how I want to,” Robinson said.

The Missouri State High School Activities Association suspended the first half of the spring season, but, Robinson continues to work out with coach, Sean Burris.

“I work out pretty much everyday,” Robinson said.

He's working out for his other season; the 2020 Summer Olympic games.

“Doing this kind of stuff at this point in the season is absolutely vital, it’s essential,” Burris said.

“I know they're still having the Olympics and everyone else is still training, and they're going through the same thing I’m going through,” Robinson said.

Robinson, who is already competing on the national stage, is eyeing a roster spot on Team USA’s track team this summer in Tokyo, which means he can’t skip any steps.

“It’s very important because you never know, they might say you can have a meet or whatever so you got to always stay on edge and stay in shape just in case you have a meet coming up,” Robinson said.

Because all this St. Louis kid wants to do is take the spotlight on the biggest stage in the world.

Whether it’s this summer or next when Robinson will get an opportunity to run with Team USA, he said he’ll be ready to go.

RELATED: Canada says no athletes at Tokyo Olympics if no postponement; Australia says prepare for 2021

RELATED: Olympic torch relay in Greece suspended due to coronavirus