The St. Louis marathon with only one runner

The marathon he had trained months for was canceled. But that wasn't going to stop Avi Adler 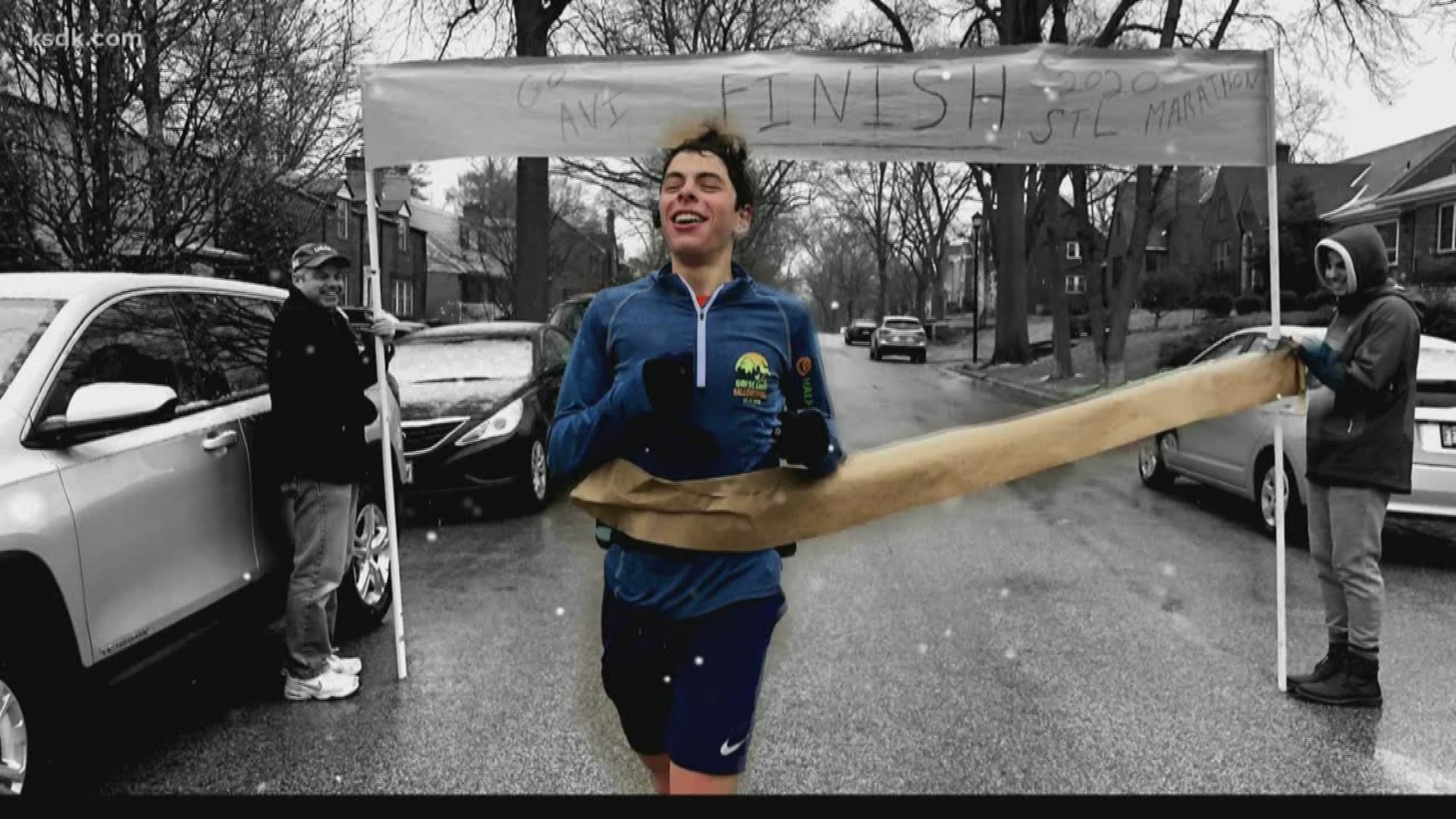 ST. LOUIS — It's hard to find anything that hasn't been canceled or postponed nowadays due to the coronavirus. Calendars around the country are looking bare for the foreseeable future.

A St. Louis man had a particular date circled on his calendar. And he wasn't going to miss it.

Avi Adler, 18, had been running five miles a day for the past six months, training for the Go! St. Louis Marathon, which was scheduled for March 29. After the marathon was canceled, Adler decided to take matters into his own hands.

Armed with his watch and willpower, Adler made his own marathon course using Google Maps and set out on his personal 26.2-mile journey.

"I used my phone to track the miles and I have it set so that every mile it gives me a beep and then I quickly look down at my watch to do some quick calculation and after that, I could figure out the pace or distance or how fast I was running," Adler said.

It was no run in the park. The day Adler picked for his personal marathon just happened to be one of the worst recent weather days we've seen in St. Louis.

"I would say it started out as rain, quickly moving to sleet and then eventually snow," Adler said.

Through the elements and all, Adler prevailed. And he did it in impressive time, too, averaging an eight-minute mile.

The teenager said he's hoping to become a doctor someday, and knows that when you set a goal, it means a lot to follow it to completion.

"I think in times of all the trouble that's happening in the world and all the chaos, I think it's really important to stay focused and keep moving forward and regardless of whatever else is happening to stay positive and drive towards your goals," Adler said.

RELATED: Instead of Cards vs. Reds, long-lost Rod Serling baseball comedy is on deck

RELATED: United through soccer and injuries

RELATED: In just half of inaugural season, the BattleHawks made their mark on St. Louis