This small device could save your young athlete's life

The Omega Wave has been around for decades but, until now, hasn't been affordable for youth athletes. Now that it is more affordable, some are taking advantage in St. Louis. 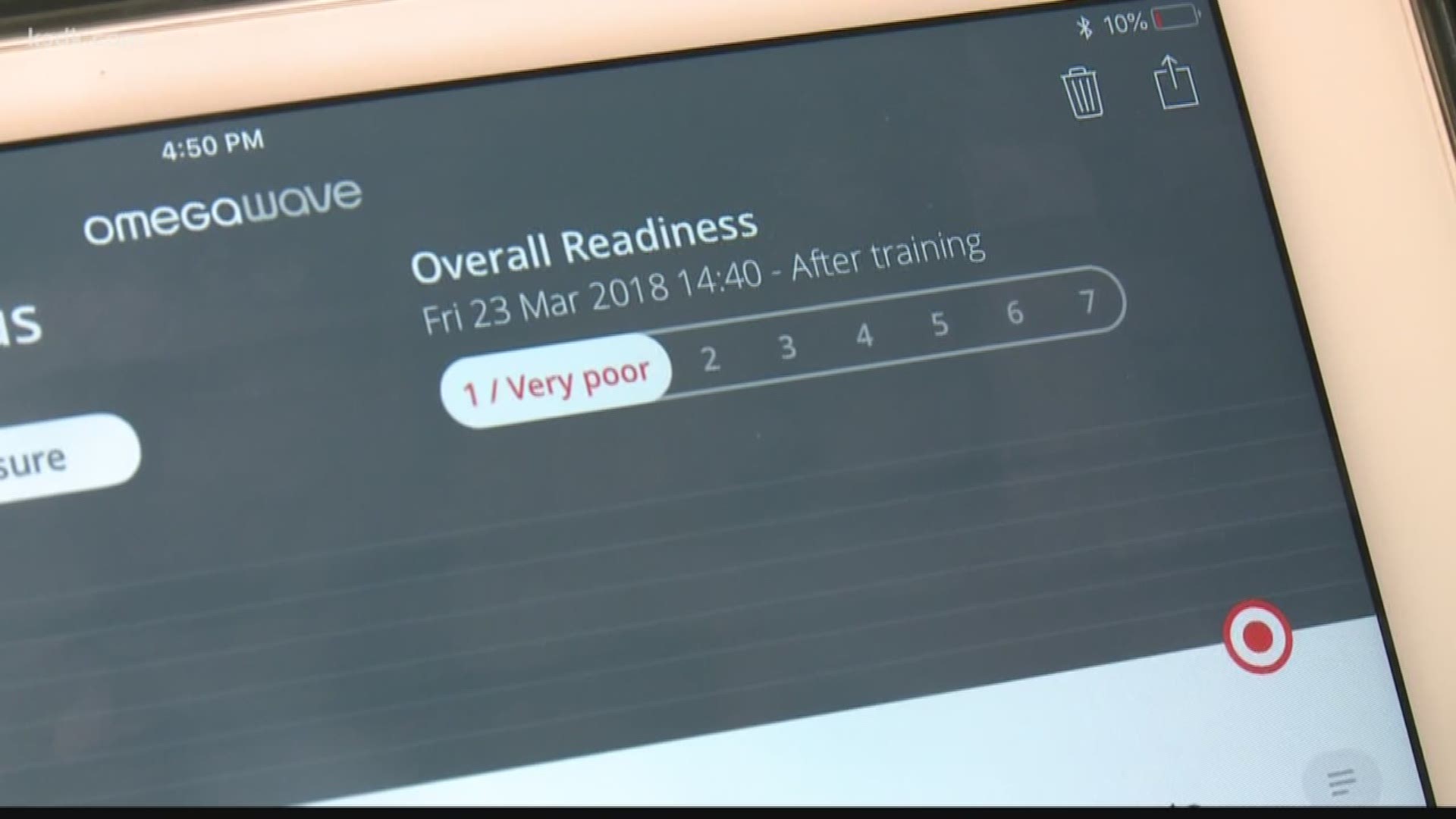 Roughly 7,000 children suffer from sudden cardiac arrest each year. Ninety percent of those children die. Many who die are athletes.

Fortunately, there is a device that could help detect the early causes of sudden cardiac arrest. And it's more affordable than ever. It's called Omega Wave.

“The transmitter on the chest is an ECG machine," said Val Nasedkin, the device's co-founder. “These are electrodes to read his brain activities," he said, pointing to the device's attached conductors.

So, what exactly is it and what does it do?

"The Omega Wave is a monitoring tool to measure the physiological readiness of an athlete," said Tiffanny Dupont, a sports science technologist who works with Elite Performance Academy in Chesterfield.

"Our coaches are accomplishing a lot with very little. Now, we’re giving them some tools that can actually help them develop athletes in a safer, more efficient way," said Dupont.

Essentially, Omega Wave is a portable, non-invasive device that simultaneously reads the electrical activities of the heart and the brain and, within minutes, computes a recommendation for that particular athlete, providing daily limitations for training.

The entire algorithm is processed within four minutes. If the reading gives a non-favorable score, the athlete is encouraged to sit out or, in some cases, see a physician immediately.

"I get about four kids out of every 50 kids that I monitor, and just routine monitoring, that are showing signs of significant cardiac disturbances from overtraining and overworking," said Dupont.

Dupont noted that one athlete she was testing earlier last year may have been saved because of his regular tests before training. He was feeling chest discomfort.

"We realized he was going into cardiac dysrhythmia after his training sessions. And we picked that up with Omega Wave," said Dupont. "To be able to see that we could intervene in an athlete’s life, potentially saving him from a cardiac event, is why we do this."

Omega Wave technology has been available to professional sports teams for decades but, until now, hasn’t been affordable at the youth level. Dupont is among the first to be using it in St. Louis.

"Sometimes it’s just a matter of giving their heart a chance to recover as opposed to training them non-stop every day."

Nasedkin helped push for mandatory pre-season ECG (electrocardiogram) tests in youth athletes in Italy. The new ruling helped dramatically decrease sudden cardiac death in youth athletes in the country. Until such rulings are made in the United States, Nasedkin feels his device is extremely important to monitor a young athlete's health.

“It [the test] has to be non-stressful. I can’t put someone on the stress test every day to find out how they function," said Nasedkin. “More often than not we put our youth through training that they cannot adapt to successfully," he said.

Zach Wells is an Oakville basketball player who has been using Omega Wave to monitor his heart health this past year.

“My cardiac function was not ideal," he said. “Every time you train, it’s good to get these numbers and it’s extremely important to know what you can’t do.”

The Omega Wave can be purchased for a little more than $200. It is not a diagnostic tool, so it is recommended that you consult your doctor or pediatrician first, especially if one is already experiencing any symptoms of heart disease, such as chest discomfort.