Aaric Norman is a "small" forward forced to play down low this season for McKinley. 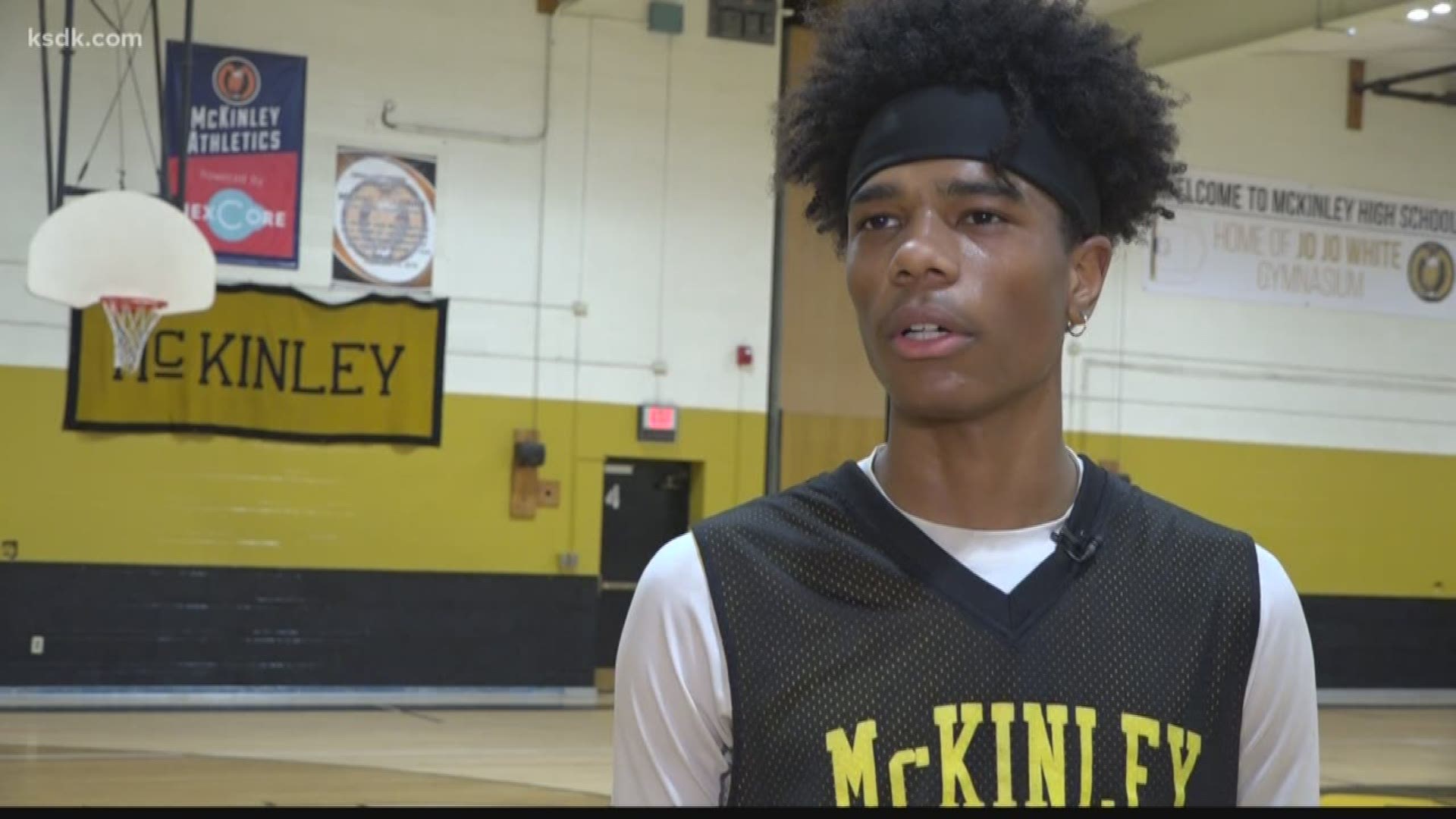 “I just have my hand up. Sometimes they just throw it right into my hands and I don’t have to jump," said the McKinley junior. “I was always good at defense when I first started playing basketball. Defense was always natural I guess.”

The budding basketball star is only 6-foot-4-inches tall but has a wingspan of 79 inches and growing.

That may be part of the reason why he's leading the St. Louis area in shots blocked per game (7.1), and it's not even close.

“He’s very springy off the floor," said Goldbugs head coach Drew Simmons, who takes none of the credit for Aaric's "natural" ability.

And Simmons said most of Aaric's blocks are "clean," the lengthy baller consistently making great plays down low look easy because of his long arms.

“He’s a freak of nature," joked Simmons. “His arms can touch his knees if he wants them to. That’s how long his arms are.”

Aaric said he's a natural small forward but plays down low in the post because McKinley is a shorter team. He's enjoyed the challenge in the post.

“I get like, on a bad night, probably five blocks, maybe," said Aaric, who said his varsity career high in blocks in one game is "10 or 11."

“I just have my hand up, jump straight up, catch the ball when it’s in mid-air, catch it off the glass, smack it," he said.