The Blues will be well represented at next year's home town All-Star Game! Congrats to Pietrangelo, Binnington and O'Reilly! 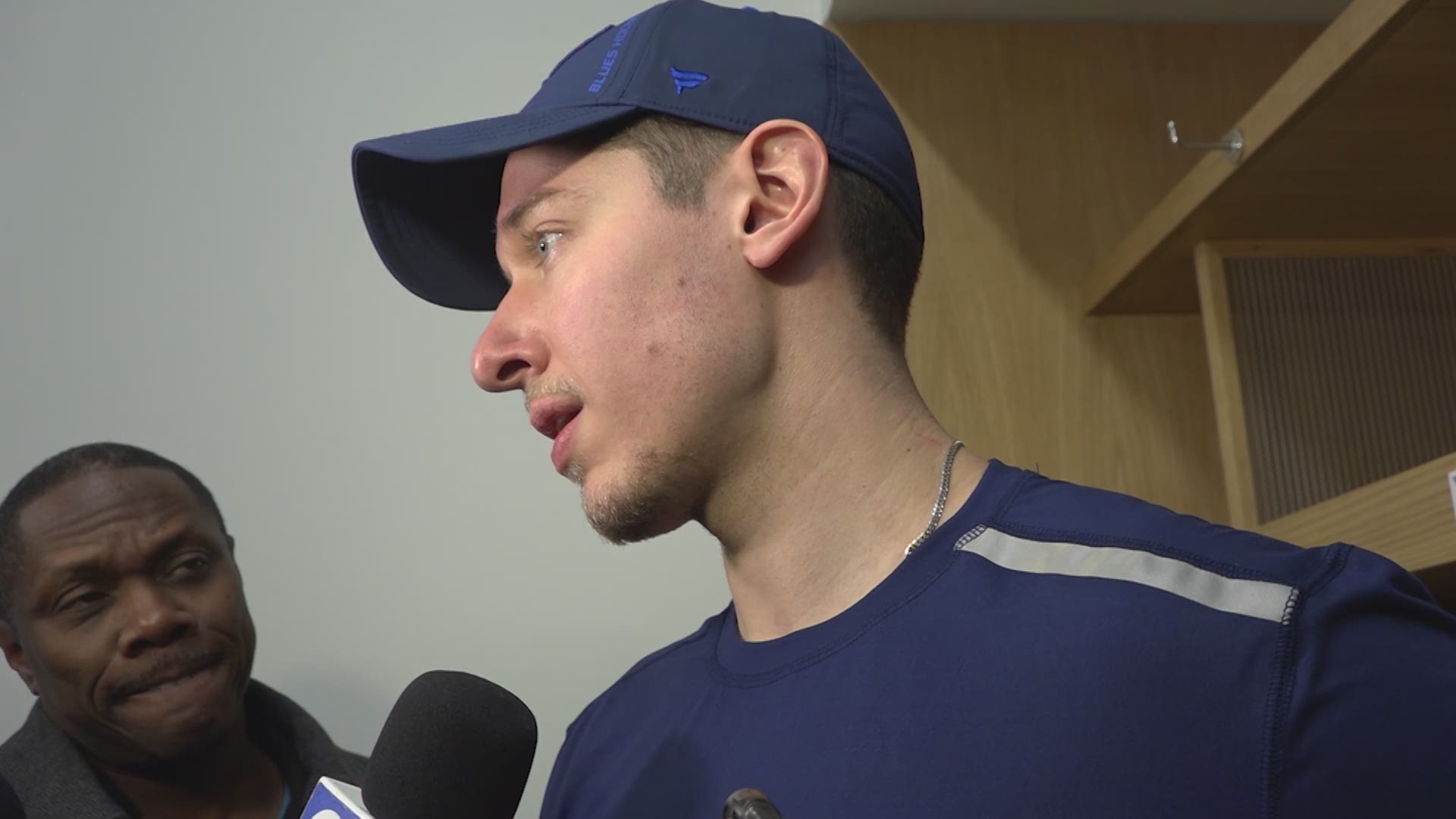 ST. LOUIS — The good times keep rolling for the Blues and hockey in the city of St. Louis.

Three Blues have been named to the Central Division team for the 2020 NHL All-Star Game that will take place in St. Louis on January 25.

Defenseman Alex Pietrangelo, forward Ryan O'Reilly and goaltender Jordan Binnington will represent the Blue note in the annual celebration of the game's best.

Blues captain Pietrangelo is tied for fifth among all defensemen in points so far this season with 31. Pietrangelo also just became the team's all-time leader in assists from defensemen on Sunday, passing Al MacInnis. This will be Pietrangelo's third all-star game.

Ryan O'Reilly's whirlwind last 12 months continues. He's an all-star for the second time with the Blues in 2020. The reigning Conn Smythe and Selke winner is leading the Blues in assists this season, and is fourth in overall points.

Goaltender Jordan Binnington is also a first time all-star. Binnington is eighth in the NHL in goals against average, and tenth in save percentage. He's tied for the most wins of any goalie in the league and has helped lead the Blues to the top point total in the Western Conference halfway through the season.

Hometown kid Matthew Tkachuk is also an all-star for the Calgary Flames.

RELATED: Binnington named an NHL star of the week