'Having a team like this right now is really setting the standard moving forward, we can have teams just as good even after we're all gone.' 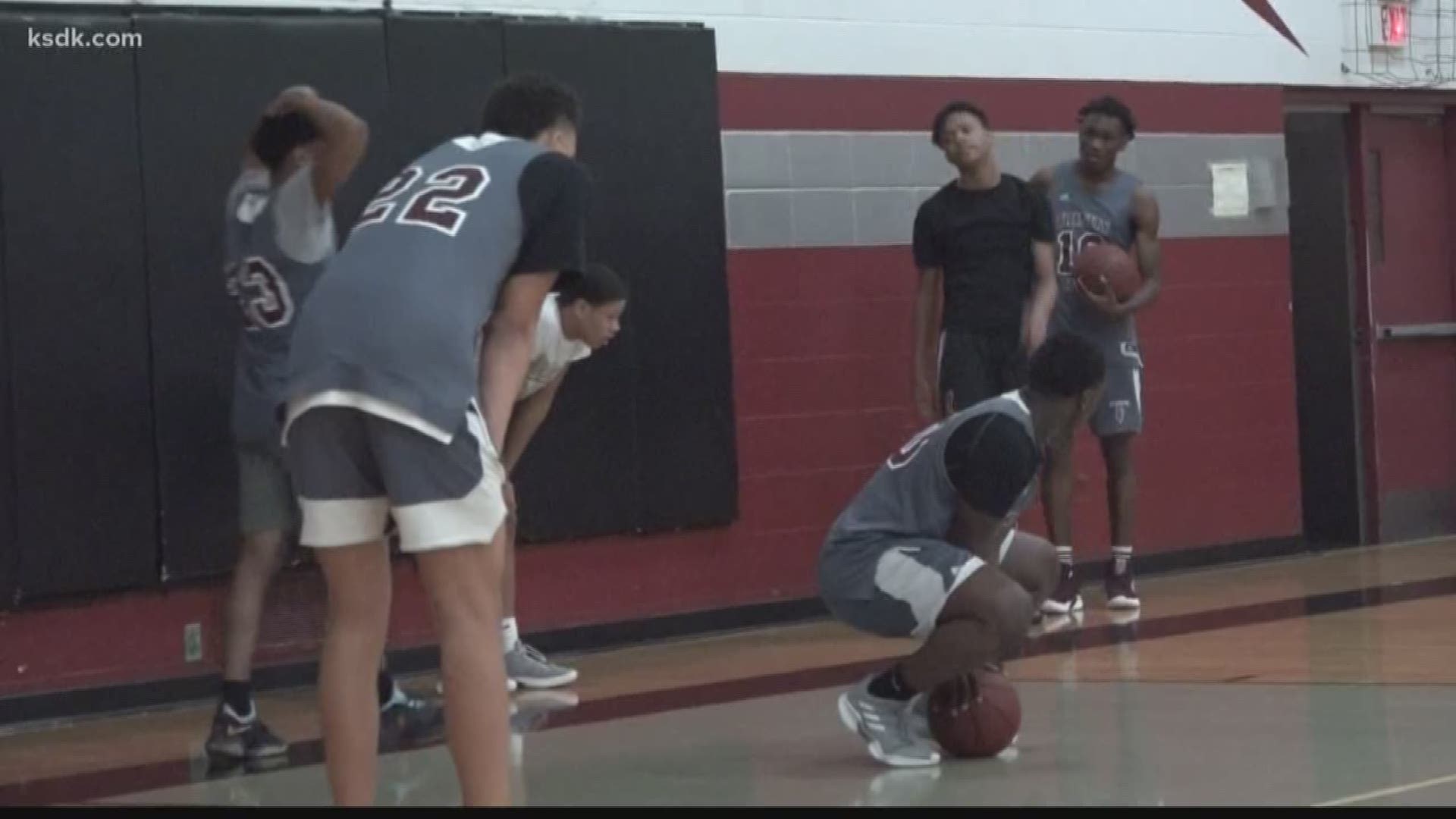 I mean can you blame them?

The Titans just won a state title this previous season and sent multiple players on to play division one football.

Now the basketball team is saying of course football is good, but you better not sleep on them.

"I know we ain't never really had a team this good, I just want to show them what we are now," junior Ryan Kalkbrenner said.

It all started six years ago when Jeff McCaw came over to Trinity Catholic.

"The funny thing is, my very first year we didn't have a kid that could dunk the basketball," McCaw said.

The one thing the Titans did have, was a coach who the players believed in.

"As a man he always just wants us to  grow up and be successful like even if it's not in basketball," Kalkbrenner said.

"He care about us on and off the court, he treat us like we his sons so we just got to keep listening to him and executing what he saying and he going to get us to the next level," senior JaRon Thames said.

I mean after all he does know a thing or two about caring and coaching. He did help two kids get to the NBA, one being Ben McLemore and the other his own son, Patrick McCaw who won a title with the Golden State Warriors.

"I have a little bit more leverage of getting them to buy in to what I'm saying than probably just the normal coach," McCaw said.

Fast forward to now, the tough coaching has paid off.

The Titans have bought into his system and are now 23-3.

They're doing what McCaw wanted all along, by attracting talented players to come in and compete at a high level.

"I mean we're going to have some tough freshman coming in and we want to keep getting better and better," Weekly-McDaniels said.

"Having a team like this right now is really setting the standard moving forward, we can have teams just as good even after we're all gone," Kalkbrenner said.