United through soccer and injuries

'He knew that by the point he went down, that he would be out of the field for quite a bit.'

ST. CHARLES, Mo. -- At the Vetta Sports Complex in St. Charles, it was business as usual for the St. Louis Ambush prior to the cancellation of their season.

Everyone was gearing up for their matchup against the Milwaukee Wave, everyone but Magui Souza, a defender for the Ambush.

“He knew that by the point he went down, that he would be out of the field for quite a bit,” said head coach Hewerton Moreia.

Magui, known as the hype man and life of the Ambush said Moreira, went down with a season-ending knee injury, he tore his anterior cruciate ligament, better known as the ACL.

It was news that was painful at first for Magui, making him shed a few tears.

“Cry, but no cry because I have people’s, crybaby, crybaby, no, no, no,” he said laughing and smiling.

He knew there was no time for crying, injuries are a part of the game and he had to mentally prepare for what was next, surgery.

The doctor assigned to Magui was no stranger to soccer injuries, he himself had suffered quite a few injuries back in the day. Dr. Kevin Quigley, an orthopedic surgeon at Barnes Jewish St. Peters, played collegiately at SLU before playing professional soccer with the St. Louis Steamers.

“You know I’ve been through all of that so I can definitely relate with what he’s going through,” said Dr. Quigley.

That’s why when he got assigned to Magui, he knew this surgery would be special for him and the soccer community.

“He’s an amazing doctor, that helps a lot,” said Moreira with the utmost confidence. “[He] understand what a soccer player coming from, especially mentally.”

That’s why Dr. Quigley knew exactly what to say to Magui who had never experienced a serious injury before.

“I told him it was still going to take several months to recover,” said Dr. Quigley.

And that he could come back stronger than before the injury, which was music to Magui’s ears.

He was maybe a little too happy after receiving that news said Moreira.

“He left the hospital and he was like ahh, I don’t need the crutches, [but I] was like no dude, calm down,” Moreira said with a chuckle.

Because before the euphoria, is the grind.

While Magui’s teammates practice and go full speed, he’s often on another field or down on the opposite of everyone rehabbing with the athletic trainer, Brent Holtgrewe.

“Typically we’ll spend an hour, hour and fifteen minutes with rehab, cooling down and icing down,” Holtgrewe said.

The two do anything from riding the back, stretching, and all types of strength exercises trying to get Magui back to full strength. The rehab process is tiring, and painful, but that isn’t the hardest thing for Magui, it’s.

“To be helpless,” Magui said.

But for now, he must wait his turn, grind it out, and eventually, he’ll get back to where he wants to be which is playing the game of soccer.

“You know he looks like he was coming along just fine, with his recovery and rehabilitation,” said Dr. Quigley. “He seemed like he was still very motivated and as you said, had that look in his eye, [it] was the look of determination.” 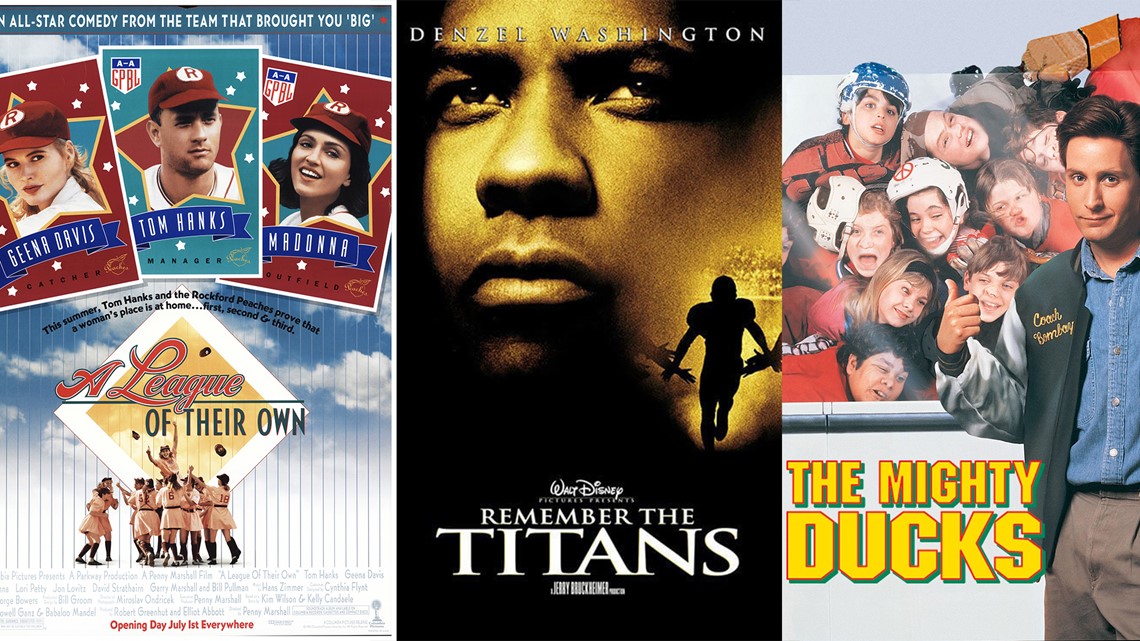 40+ sports movies to watch while major sports are on hold
ST. LOUIS - As concerns over the coronavirus continue to grow, leaders are making the decision to postpone or cancel shows and events. RELATED: Illinois High School Association cancels state basketball tournament over coronavirus concerns RELATED: MLB suspends spring training, opening day pushed back RELATED: NHL to suspend season amid coronavirus concerns Professional and amateur sports are some of the hardest-hit areas when it comes to these schedule changes.