Julie Ertz, Becky Sauerbrunn and Megan Rapinoe talk about what they hope to teach their teammates who have never played in the World Cup. 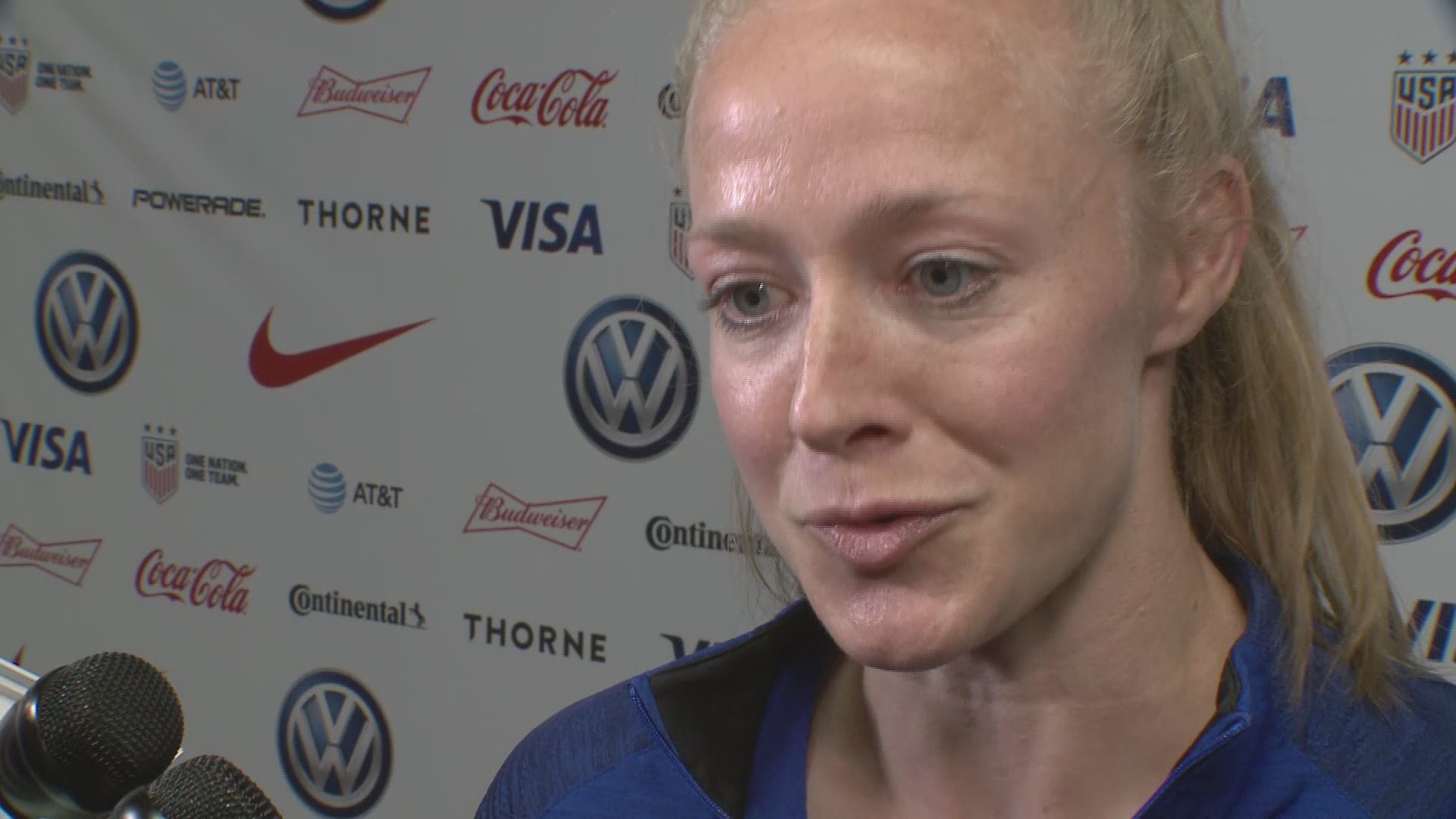 ST. LOUIS — As the U.S. women's soccer team prepares for their match against New Zealand on Thursday night at Busch Stadium, the veterans of the team are also finding ways to prepare their teammates that are about to play in their first World Cup tournament.

The 23-women roster is full of professional players that play in the National Women's Soccer League (NWSL) which is the highest level of play in the soccer world.

Every single player earned a spot on this high caliber USA team, but according to the experienced players who are going into their third or fourth World Cup, "it's a whole different beast."

St. Louis native, Becky Sauerbrunn said, "I think it's something we just prepare them as best as they can so when they get to the World Cup and they feel that pressure for the first time that they are as ready as they can be."

This will be the second World Cup tournament for center midfielder Julie Ertz and her 2015 tournament performance was outstanding.

Ertz talked about what she has learned in each World Cup game and what she wants to pass down to the younger players.

"I think that is the biggest thing I've taken away that I definitely want to make sure I pass down to the younger ones, to understand to really stay focused and in the moment of each game," Ertz said.

Captain Megan Rapinoe talked about how these new players should enjoy every moment and opportunity instead of feeling the pressure during this tournament.

"This is what you train you know you're whole career for, your childhood, all those sort of you know little dreams that we have when you're younger. It's for these moments under the big lights," Rapinoe said.

The FIFA World Cup is the biggest and most competitive tournament a soccer player can compete in and this team has 11 players going into the tournament for the very first time.

USA's first World Cup match will be on June 11 vs Thailand in France.

The players stated their toughest opponent in the first round will be Sweden on June 20.