Jill Ellis, Becky Sauerbrunn and Megan Rapinoe are excited about playing at Busch Stadium on Thursday. 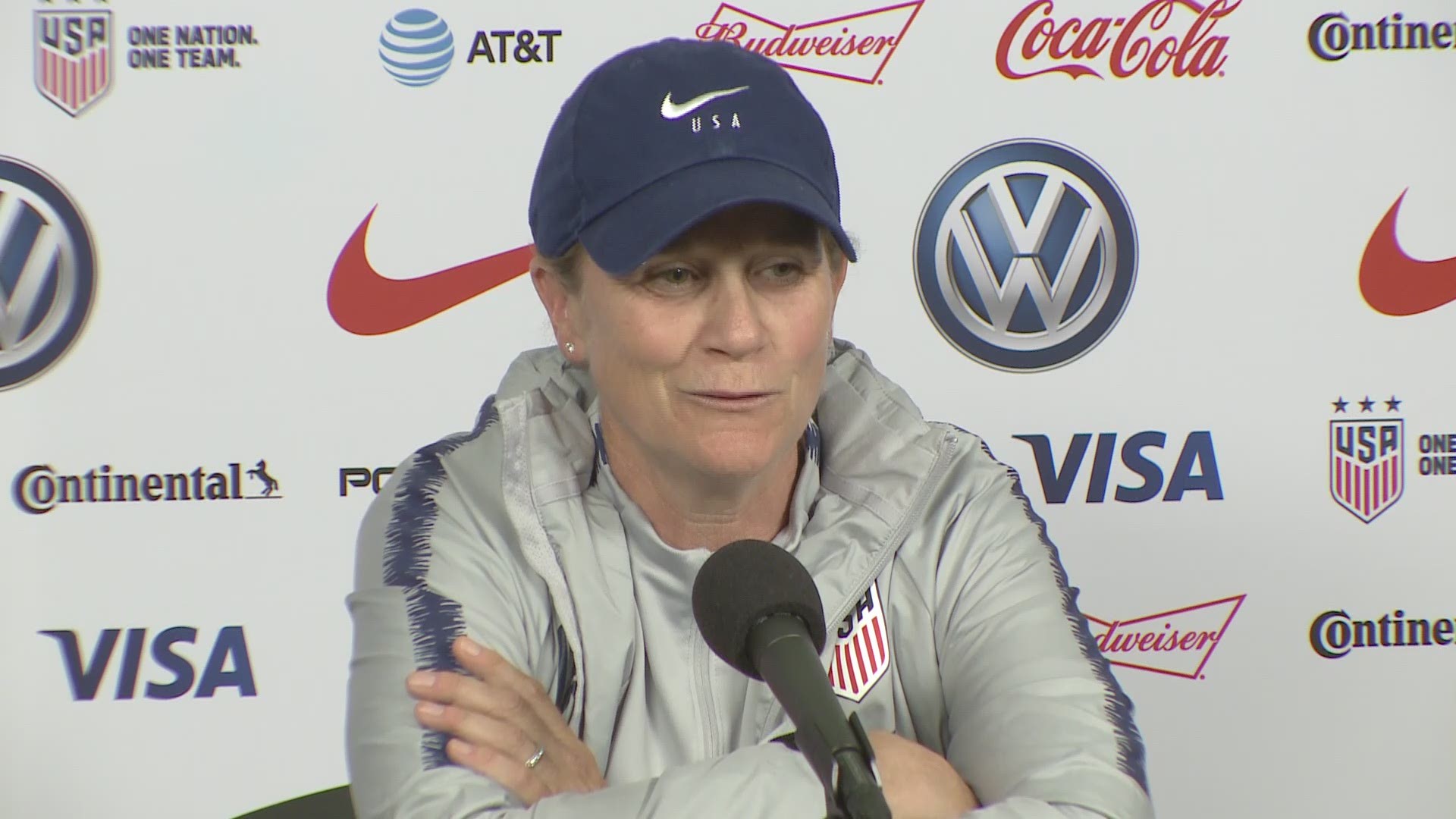 ST. LOUIS — The United States Women's National Soccer Team (USWNT) is playing a match against New Zealand Thursday night at Busch Stadium to prepare for the FIFA World Cup that starts in June.

The team has already played here in St. Louis several times over the years, with their most recent being back in April of 2015.

Head Coach Jill Ellis has many great memories playing and coaching here and talks about how much she enjoys playing at Busch Stadium.

"It still sticks in my memory as one of the funnest, greatest environments and atmosphere in terms of playing in," Ellis said.

And apparently our St. Louisan Becky Sauerbrunn is "bribing her to start" so she can represent her hometown proudly.

Sauerbrunn, the U.S. women's center back is happy she gets to play in front of her friends, family and all of the local youth soccer players again.

Sauerbrunn said, "If there are club players in the area that are looking to watch soccer, this is a great game to come out to like my team is full of strong powerful women so they will have a lot to look up to."

After speaking with Megan Rapinoe, one of the most well-known players on the U.S. women's team, the forward's response about playing in St. Louis and at Busch Stadium was extremely positive.

"To be able to bring the traveling circus as I call it, and hopefully put on a good show for the fans, I think it's cool for the kids to see that's what's possible but also you know to show that the Cardinals aren't the only ones who can entertain in Busch Stadium," Rapinoe said.

With over 36,000 tickets sold, St. Louis fans are just as thrilled for this game.

Kick off is set for 7 p.m. on Thursday, which will be their second to last game before they head to the World Cup in France.

USA will play their last match on May 26 at Red Bull Arena in New Jersey against Mexico.

Another St. Louisan is added to the Ambush roster

After scoring 14 Tuesday, Cards offense takes the night off