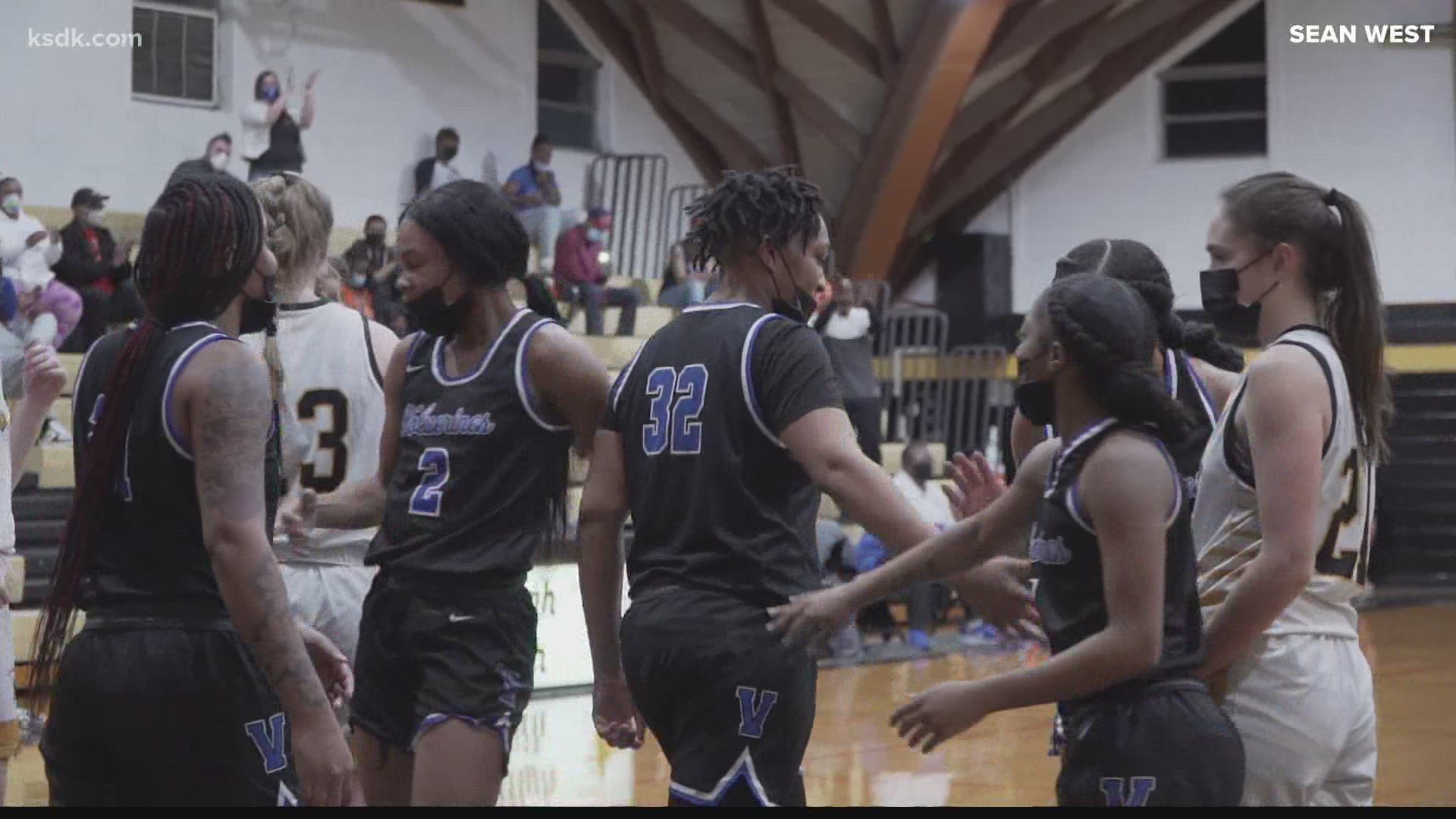 ST. LOUIS — Right before a global pandemic that rocked the entire sporting world, the Vashon Lady Wolverines had their world shook upside down courtesy of Ladue in March, 2020.

"It was an emotional roller coaster when we lost that game," said head coach John Albert.  "You know I cried with the kids, our seniors that were leaving. They put a lot of blood sweat and tears into it."

Their dreams of making it to the state final four were crushed. But in due time, they started piecing things back together.

This season the Lady Wolverines are 17-1, their lone loss coming at the hands of Incarnate Word by just three points. Senior Chrissy Dudley said after that game they knew a title would be possible this season.

"We just got to go harder, we got to play as a team, play how we play and just move on from here," Dudley said.

The Lady Wolverines moved on alright, following that crushing loss they went on a 9-game winning streak earning their first-ever berth in the state final four.

But making it is only the first step, and Albert now he hopes his team can secure two more wins and become the first state champion in Vashon girls' history.

Vashon will play Mount Vernon in the class 4 semifinals Friday in Springfield, Mo.