Congrats to the Griffins! 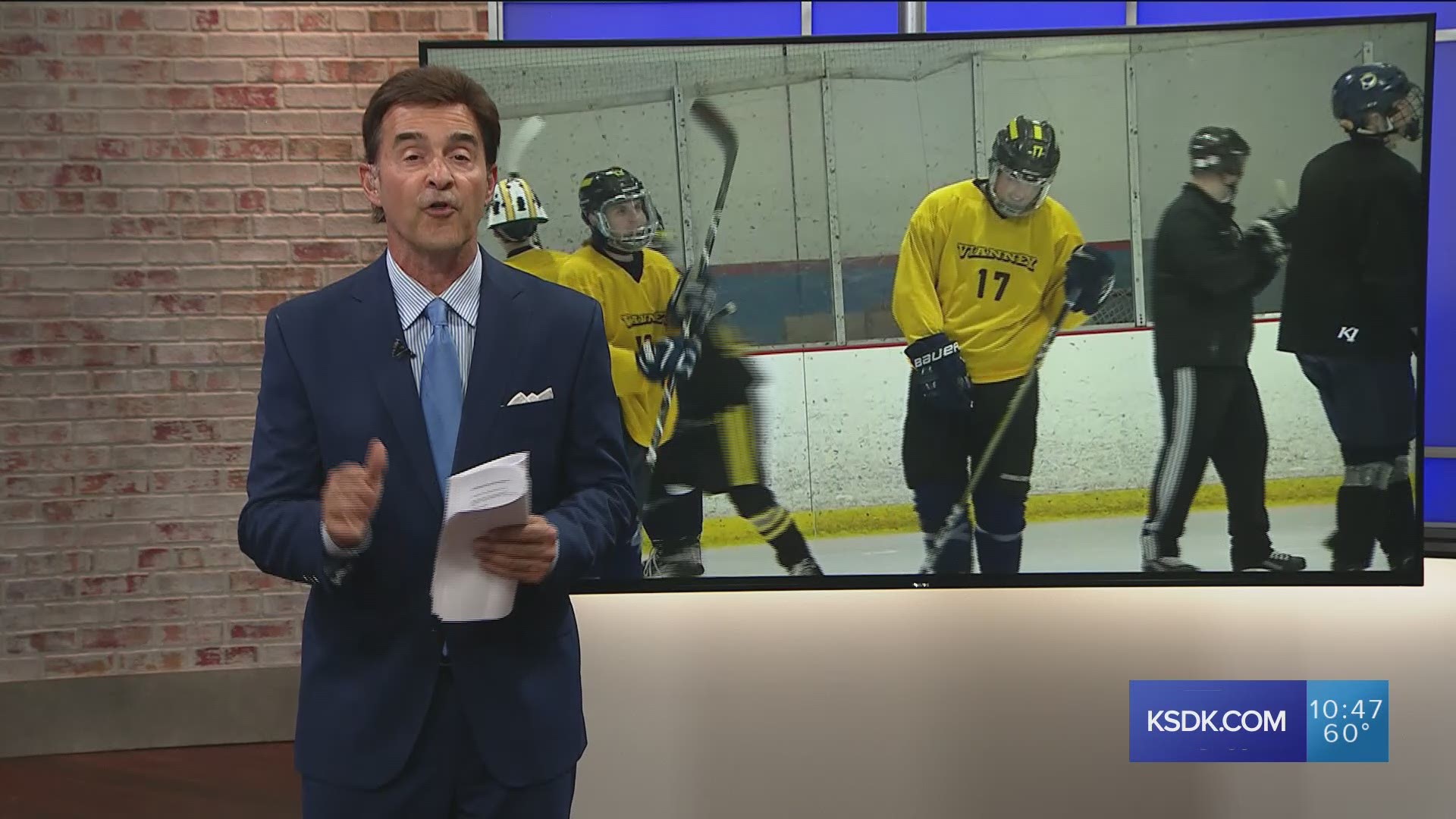 It was a long road back to the Challenge Cup title for the Vianney Griffins, but they made the most of it.

On Wednesday, the Griffins beat CBC 3-2 to take home the trophy. This is Vianney's third state title in program history, and its first in 24 years.

The Griffins lost in the title game 19 years ago, and have only come close to making it that far in playoffs a handful of times since.

Over the past two seasons, the team has gone from the bottom of the high school league to competing for first place in the state.

Vianney has a group of seniors who lead the team on and off the ice, with top-tier underclassmen talent stepping up each night.

The Griffins also credit the turnaround to their off-ice strength training program that began two years back.

The Griffins also made some news for their show of sportsmanship earlier this season.

RELATED: 3 St. Louis natives among players on NBA teams who were asked to self-quarantine