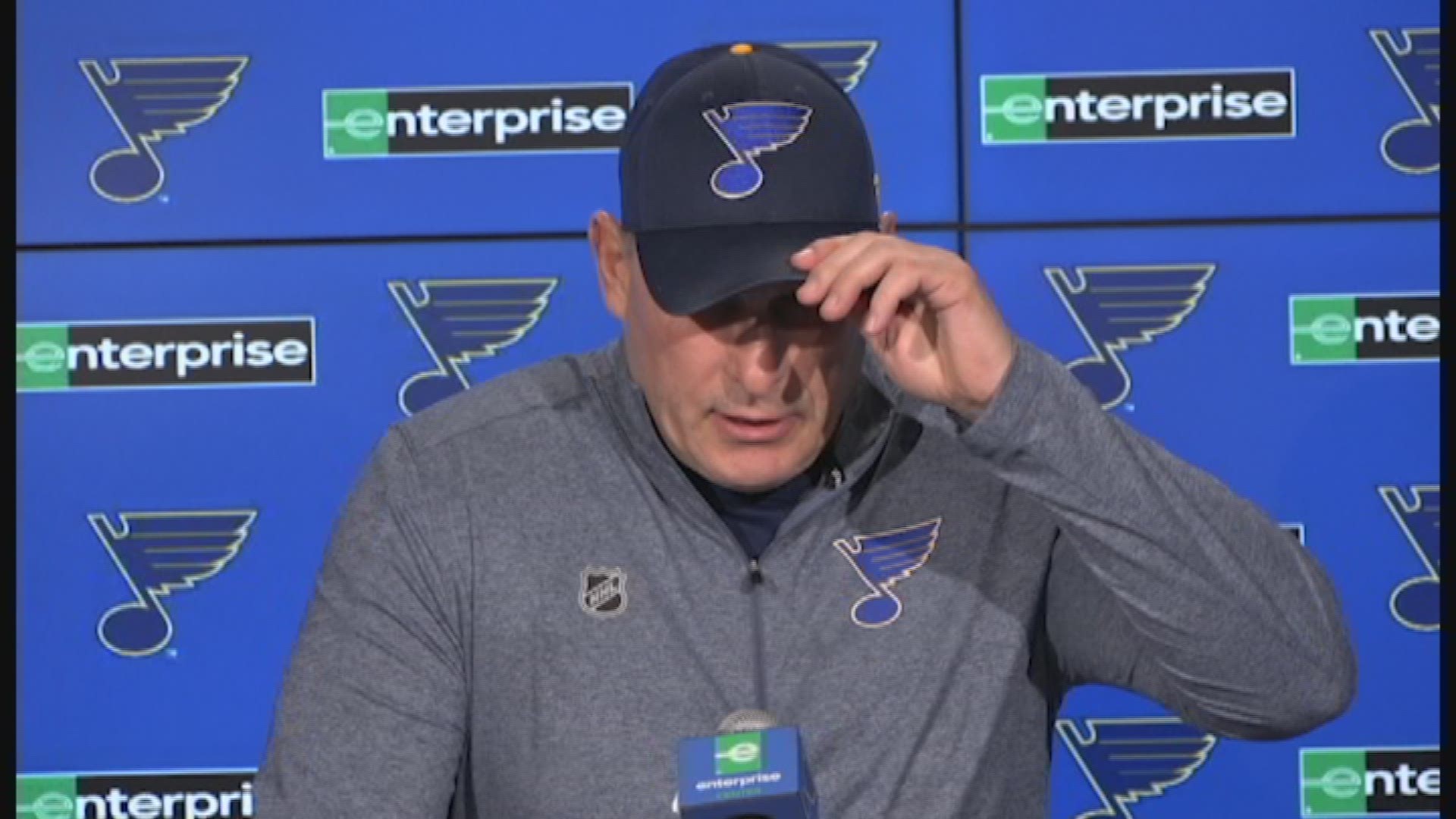 ST. LOUIS — There was a surprise cameo on the Enterprise Center ice for the Blues' pregame skate on Thursday.

Vladimir Tarasenko, who has been out since October 2019 after undergoing surgery on his left shoulder, joined his Blues teammates for practice ahead of their game against Winnipeg.

Tarasenko was out there for the whole pregame skate, taking part in the team's pregame shooting drills.The 28-year-old forward had been skating and doing some drills with trainers, but this is the first time we've seen him back on the ice with the whole squad.

"I was surprised. But I talked to Ray Barile yesterday and he said Vladi could come out and skate with us," Blues head coach Craig Berube said. "I think it's great. Start incorporating him around the guys. If he could start doing some drills and stuff and get his timing down, it's good."

As for an outlook going forward, well, Berube said that is still to be determined.

In Tarasenko's absence, the rest of the roster has stepped up. Ten players have 20 points or more this season, which has gone a long way to making up for the offensive hole left by Tarasenko.

Watch: Craig Berube talks about getting Vladimir Tarasenko back to practice

"Our guys have done a great job of everybody chipping in, like we talked about at the beginning of the season... when Vladi went down. It's balance," Berube said. "We've had good balance and it's important to have. We need everyone to contribute at both ends of the ice."

Berube isn't the only one excited to see Tarasenko making his way back. His teammates can't wait to see their big winger back in games striking fear into the hearts of opposing goalies.

"It's nice to see him out there with the group and kind of get that feel back and to know we have this weapon with us," Blues forward Ryan O'Reilly said. "You can only do so much out there with the trainers and such, so it's good to get some real practices under his belt and get him more comfortable."

The Blues will face the Jets on Thursday night at Enterprise Center.