"It's kind of like this symbiotic relationship between academics and athletics and it really helps you grow as a person." 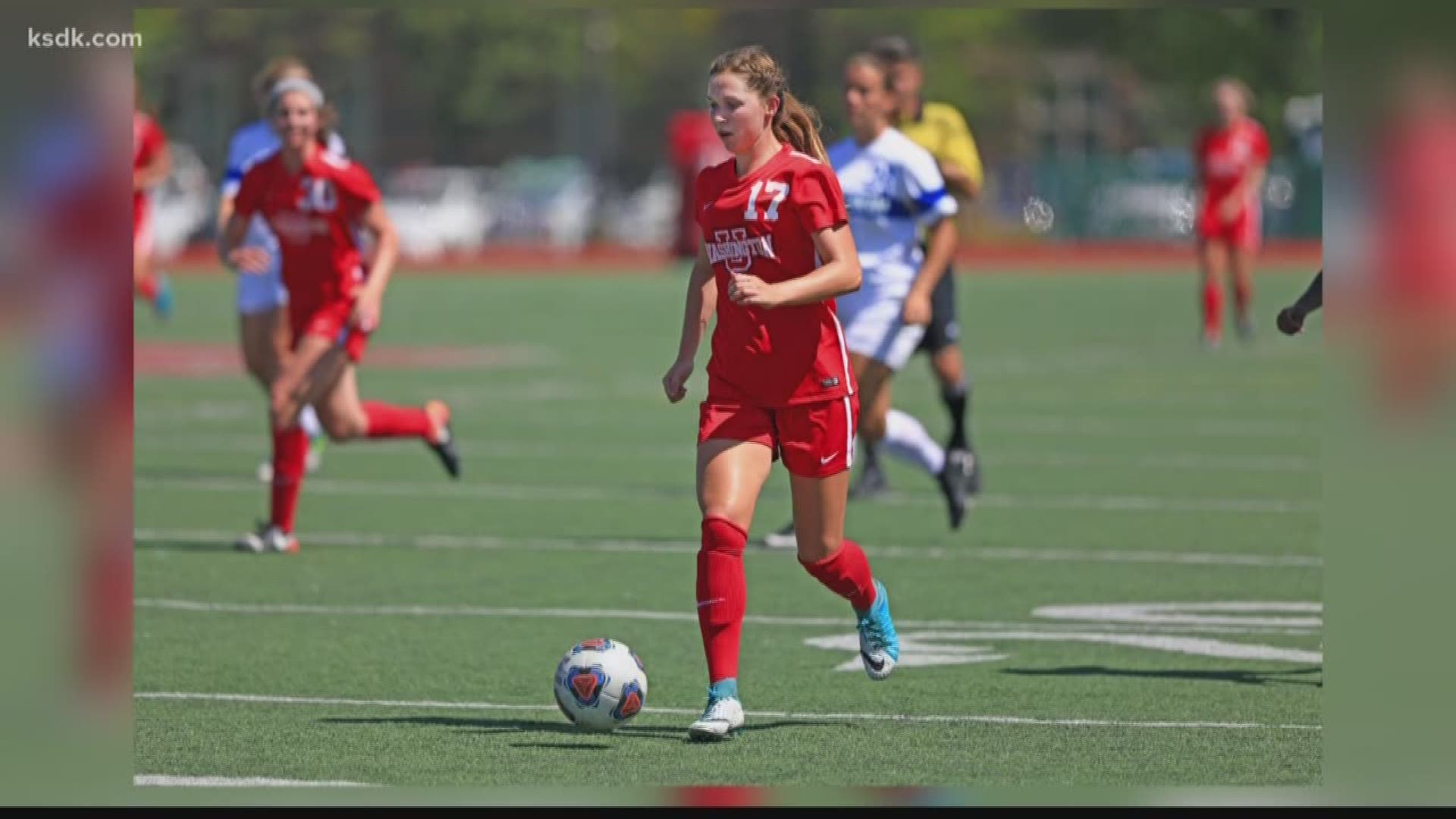 ST. LOUIS — It's three days before the Division 3 women's soccer final four and senior Darcy Cunningham is ready to go, the only thing stopping her? School.

"I also have two jobs and I'm also the leader of the student athlete advisory committee," Cunningham said.

As the school describes it, she's a scholar champion. Taking 14.5 credit hours at Washington University is no easy task, especially when her day starts around 6 a.m.

"It's WashU so it's kind of like a little pressure cooker," Cunningham said.

After a morning filled with academics, then comes practice.

"It's kind of like this symbiotic relationship between academics and athletics and it really helps you grow as a person," Cunningham said.

Following her afternoon practice is, of course you guessed it, more meetings and class.

The workload can be exhausting Cunningham said, but when she was a senior in high school, she wasn't looking for a school to fit her athletic needs.

"I'm going to be doing some type of career so and so I wanted the best opportunity to propel myself into my career," she said.

The move also paid off on the pitch, the Lady Bears got themselves an All-American.

"Well for Darcy being an All-American, it means studying abroad, it means being diligent in the classroom, being the best friend she can be, and then as a footballer, she can play soccer, she's pretty amazing at it," head coach Jim Conlon said.

When it's all said and done, Cunningham may be a two-time national champ, which she said has a nice ring to it, but most importantly her early mornings and long nights studying, will have paid off when she crosses that stage in December.

"I'm going to be playing soccer for I guess my 18th year and then I'm done next week, and I have a whole career that could extend into my 60's so these four years of studying will prepare me for next 60 or 40 years I guess," Cunningham said.