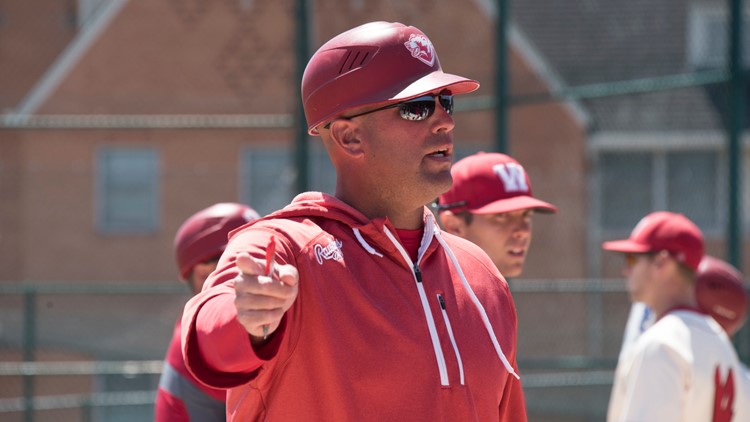 What it takes to be a successful coach

The Bears not only clinched the University Athletic Association (UAA) title on April 20, but they helped coach Pat Bloom seal his 500th career victory the very next day.

Getting 500 wins was exhilarating for Coach Bloom but the success of the team triumphs his own accomplishments.

“I care much more deeply about our team accomplishments than I do my own. The wins are just a byproduct of working with really great colleagues and having the fortune to coach hard-working young men of solid character who are committed to the best interests of our program,” said Bloom.

Wash U has been very successful the last four seasons with Bloom as the head coach.

In 2016, Bears set a new school record with 399 runs scored while winning two games in the NCAA tournament for the first time in the program's existence. The team also finished with the second most victories in school history (33).

Bloom won the 2017 UAA Coaching Staff of the Year honor while leading the team to the NCAA Regionals for the second consecutive season.

His track record during his few years with the Bears is very impressive.

Behind all the numbers and stats, being a coach is more complex than most people probably realize and it takes a lot to be a successful one.

“This is a very tough question to answer in short fashion, but I will say that nothing can replace the value of having the following three traits in combination: tireless work ethic, strong passion for and dedication to your profession, and relentless drive to compete at the highest level and to work to get the most of yourself, your players and your team every day,”  Bloom said.

It shows that hard work and dedication doesn’t just stem from the athletes playing the game, it comes from the mentors surrounding it.

The Bears have won their last three games since clinching the conference title, making them 29-5-1.

They play their last two regular season games against Knox University in Galesburg, Illinois this Saturday, and then they wait to find out their seeding for the NCAA Regional Tournament May 13.

Would you want a re-do on any of these Cardinals trades?