Pat Maroon is already a St. Louis legend for helping bring his hometown team their first title. Now, he and the Blues must decide if they want to try to do it again. 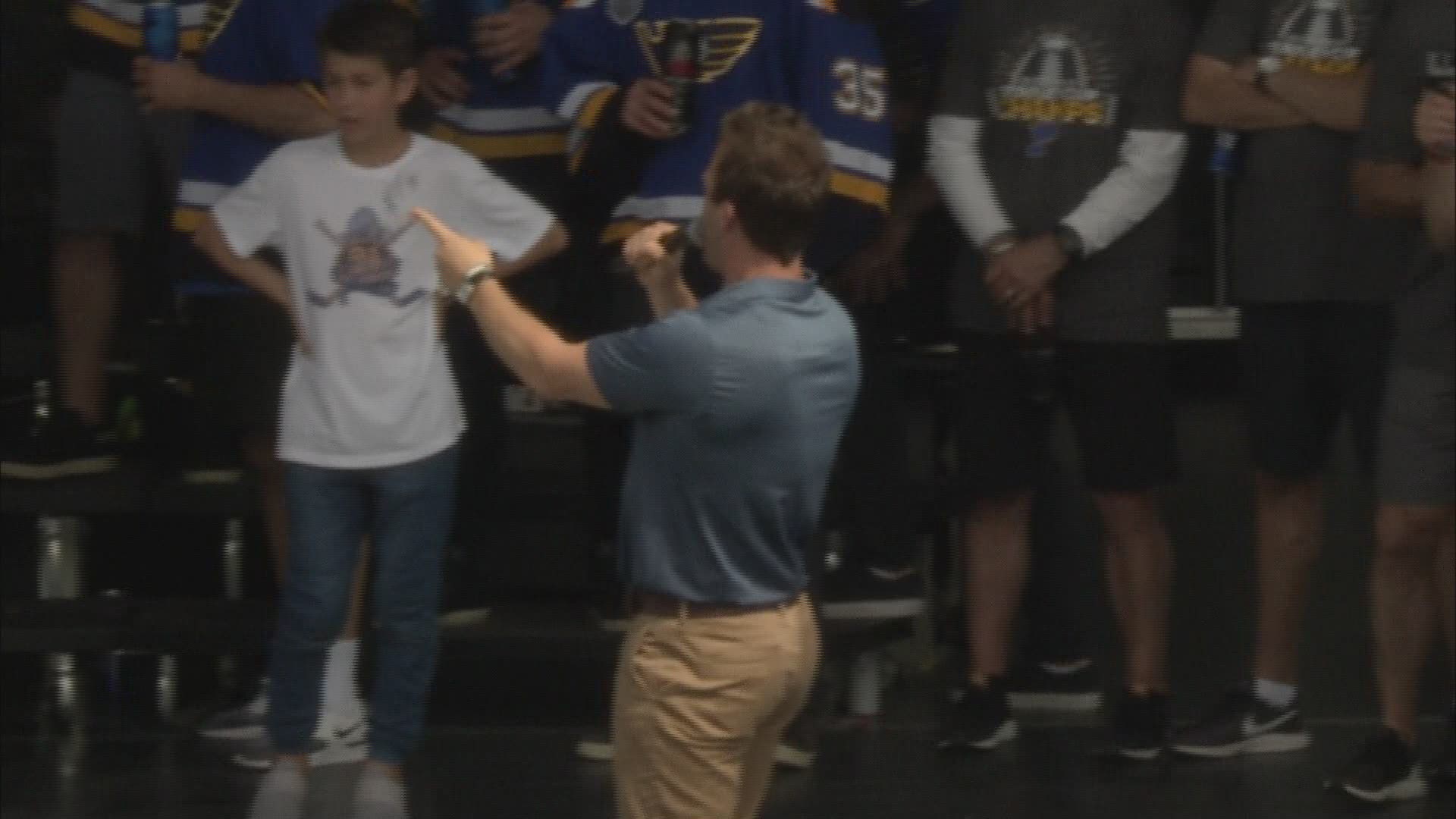 ST. LOUIS — Pat Maroon got to live out the dream so many of us had growing up in St. Louis.

The pride of Oakville brought his hometown St. Louis Blues their first ever Stanley Cup. It's the stuff movies are made of.

But is the fairy tale over?

Entering the 2019 offseason, Maroon is really the only big question left for the Blues. He's the last unrestricted free agent of note the club hasn't re-signed yet.

Watch: Rewind of a championship season

The deal allowed Maroon to play for the team he cheered for as a kid, and also spend some time with his own kid. His son, Anthony, lives in St. Louis and became a star of his own over the course of the 2018-2019 season.

Maroon's homecoming looked to be quite the letdown at the beginning of the season.

Before the all-star break, Maroon had just four goals and was an abysmal -10.

Then, as the team heated up, Maroon started to perform better and did a complete 180 with his season.

RELATED: Blues Stanley Cup is for players present and past

It all came to a crescendo in Game 7 against the Stars in the second round of the Stanley Cup Playoffs. Maroon's double OT goal to send the Blues to the Western Conference Final is one of the greatest moments in Blues history, and gave the hometown hero a signature moment.

Now, Maroon has to decide if he wants to come back and try to recreate the magic of last season and try to take the Stanley Cup for another ride down Market Street.

The Blues should have some wiggle room to pay the 31-year-old forward more money over the next few seasons, but will they give him the years? Will some other team make an offer that Maroon simply can't pass up? Will the prospect of staying home with his son sway his decision again? Will he be looking for one big, long-term deal in his 30's that the Blues might not be willing to give? 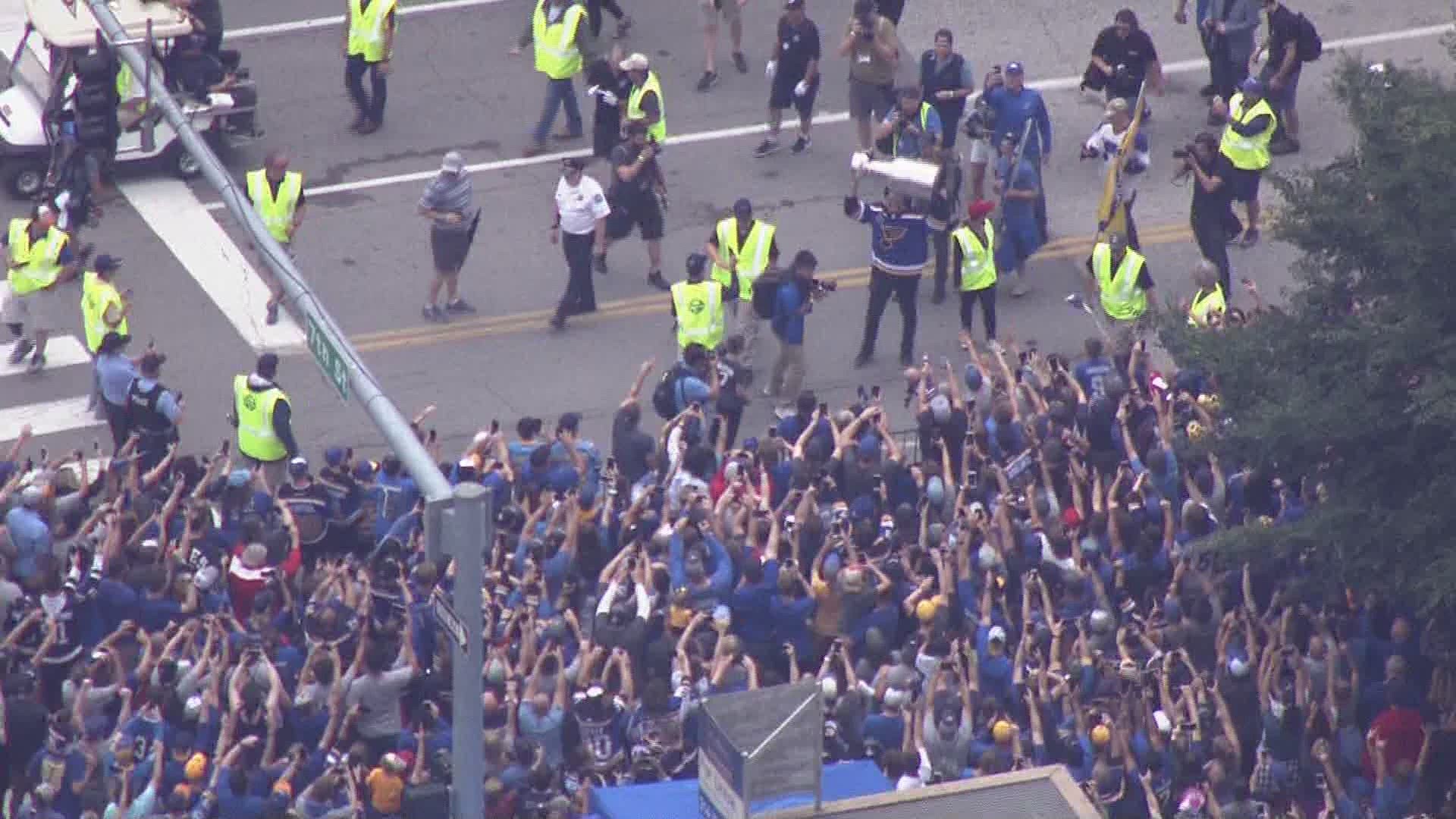 There are a lot of factors that could wind up turning the tables on this one.

Last year on July 1, the Blues made a big splash signing David Perron and Tyler Bozak and trading for Ryan O'Reilly. When free agency opens this year, a similar big splash seems unlikely. The Blues can lock up the big rig, though.

I know it's easy to be sentimental after a championship, but it just seems like a slam dunk to lock up Pat Maroon. This team obviously gelled together in its current form, so why not ride that good mojo until it runs out?

Maroon, Bozak and Robert Thomas were magic together at times during the postseason. There's no reason to not run that same group out there next year, too.

Even if he does leave, Maroon has already made his mark on his hometown.

We all got to live vicariously through him during all of the post Cup celebrations, because he is us. Our dreams became his reality, and he was gracious enough to take us all along for the ride.

Whatever Maroon decides, St. Louis will be forever grateful for the unforgettable season he helped bring home.