The rehab center meant for 7-18 year-olds is the only physical therapy facility of its kind in the region. 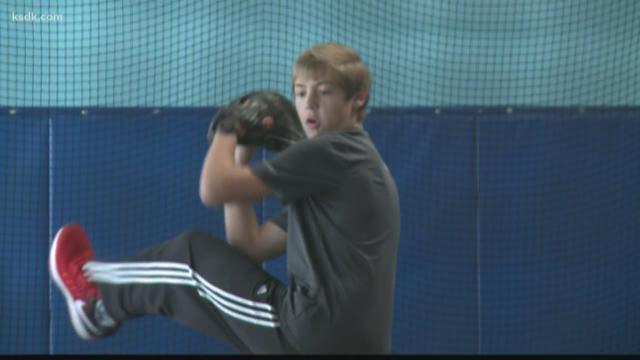 ST. LOUIS - St. Louis Children's Hospital is opening a new facility on Monday they feel will be a game-changer.

“You can almost think of it as a rehab playground," said Dr. Mark Halstead, the Young Athlete Center's medical director.

The new rehab facility is meant to help not only rehab young athletes, but train them to prevent injuries as well. It's also a facility set up to help athletes from just about any sport.

"A lot of rehab facilities have some tables, chairs, what have you – but this allows an athlete to help simulate an area where they’re doing their sport," he said. "So we can have a baseball player simulate the motions they’re doing in a very easy fashion in an open space. We can let a soccer player get out here and work on fields. We can work on cutting drills that are on a natural surface for a player to participate in.”

St. Louis Children's Hospital says there is no other physical therapy clinic like it in the region. It was partly built in response to the dramatic rise in over-use injuries among young athletes. They plan on treating patients aged 7-18.

Jaimie Bauerlein, a physical therapist at the new center says the facility is a "dream come true," and that it perfectly bridges the gap between a traditional 'clinic' and using realistic motions on the field.

“These kids are used to being on a field. They’re used to practicing in facilities just like this. So for them they want to come here, and they see how relatable it is to what they’re doing on a field instead of just standing there doing exercises with a weight," said Bauerlein.

The new Young Athlete Center opens Monday and will also feature a special 3D motion analysis system that will show athletes how to jump, kick or run more efficiently without injury.