The St. Mary's senior didn't come home with the championship he expected, but Yuri Collins proved that champions aren't always crowned through the result of a scoreboard. 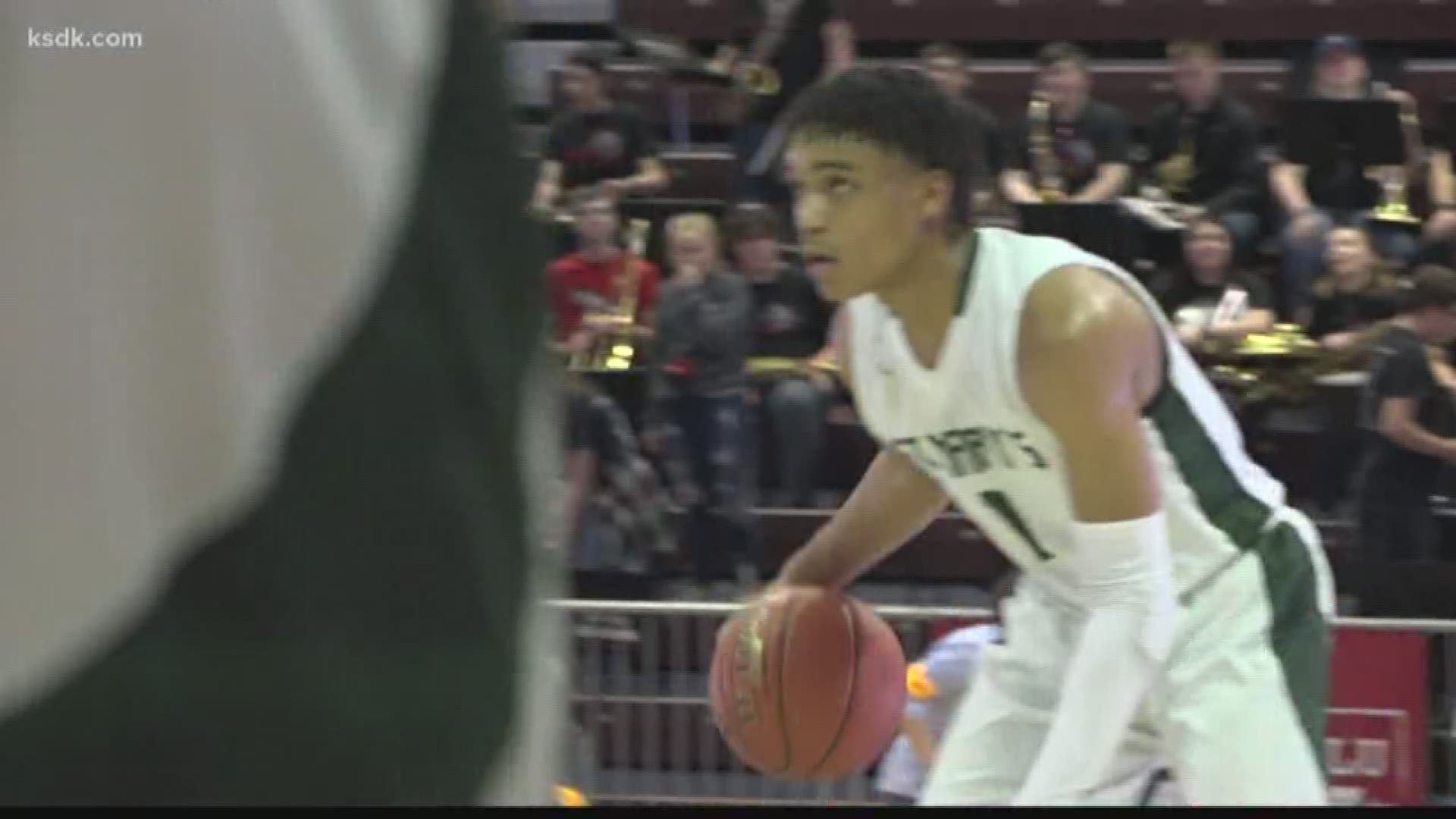 ST. LOUIS — With a dozen losses on the season, not many expected St. Mary's to make a deep run through the Class 4 Missouri State playoffs.

And after suffering a knee injury in the State semi-finals against Ladue, not many expected senior star Yuri Collins to dominate in the State championship game.

Unless you know Collins and the Dragons — then you're not surprised the senior dropped 34 points and nearly willed his team to its first-ever state championship despite having just one healthy leg.

Collins, who will play for Travis Ford at SLU next year, wasn't just the leading scorer in St. Mary's championship game loss to Grandview on Saturday, but he was arguably the best player in the entire tournament.

5 On Your Side Sports' Josh Helmuth congratulates all the area teams who walked away champions this weekend, while also highlighting Collins, and his incredible heart that he showed, while battling for all Dragons in Springfield at the 2019 MSHSAA Class 4 Final Four.