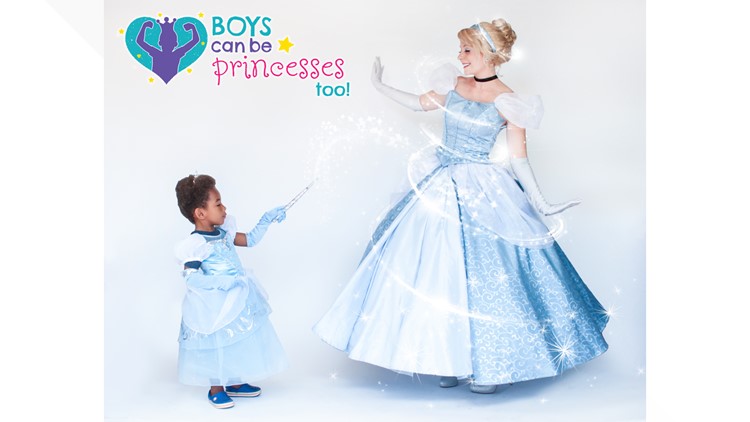 CHICAGO — Kitty Wolf, a preschool teacher and former princess performer, knows the power of "dress up."

A cosplayer herself, Wolf loves the creativity that comes with embracing a different identity, even if only for a few hours.

"There's a certain kind of beautiful feeling that comes with wearing a gown," she said.

For many of the children she's worked with at school or while performing in character, princesses hold a particular kind of awe-inspiring power.

At parties and events, children would run over to her with sheer excitement, overcome by the prospect of meeting "the real" Elsa or Cinderella.

But Wolf noticed something about the boys at the parties. Often, they would be excluded from the fun. Sometimes, parents would corral them towards a different "boy" activity. Other times, the boys themselves would hold back their interest in princess-themed activities because of the opinions of other kids.

For her, the issue was straightforward: these boys just wanted to have fun and feel included, but were held back by outdated gender norms. Additionally, parents were more likely to encourage traditionally "masculine" interests like sports or superheroes among girls, but they often did not extend the same logic to boys.

She also felt celebrating princesses and female characters was a way to champion women role models (even if they were imaginary.) Besides, creative and imaginative play has proven to be beneficial for children's development.

In January 2019, inspired by Gillette's hotly-debated #MeToo ad, Wolf planned a photo campaign for her princess performing company with boys clad in dresses alongside their favorite Disney characters.

She called her campaign "Boys Can Be Princesses, Too," and put a call out online for participants.

RELATED: 'It's cool to be a good dad' | Watch these dads adorably crash their daughters' ballet class

Once she found some interested families, she gathered the boys together with some volunteers from her company and shot the photos herself. She said the boys had a blast hanging out with their princess idols and the families loved how the photos turned out.

When it came time to post the photos, Wolf was shocked by the amount of online vitriol the photos received. Hundreds of commenters slammed her for allowing the boys to dress up like princesses, claiming it was inappropriate or detrimental to their development.

"I had no idea that people could hate it that much," she said.

Despite hateful messages and insults, Wolf realized this was an issue she wanted to champion and decided to continue the campaign.

Organization wants boys to know it's ok to dress as princesses 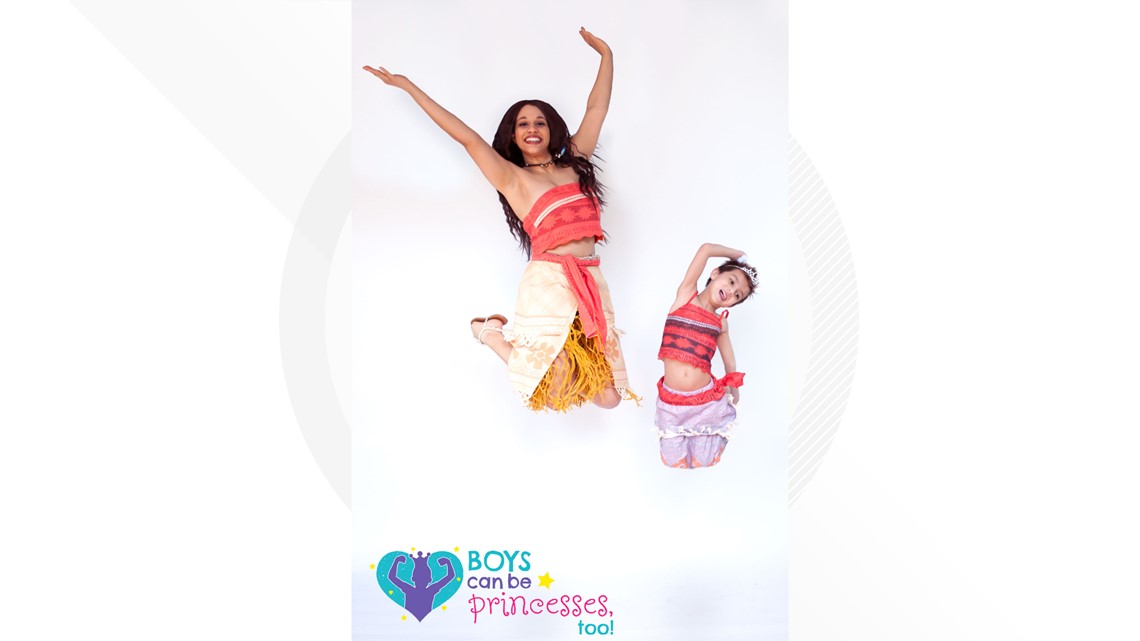 In spite of the negative feedback, there were still a lot of parents who supported Wolf's work. Many of them were surprised to find their son wasn't the only one who liked to dress as a princess. Some of them wanted to encourage diverse gender expression among their sons but were scared their child might be bullied or misunderstood.

"I love this project SO much! What a great idea and a perfect way for boys to express themselves! These princesses are their hero’s [sic] and they want to be just like them!" one commenter wrote.

"Your project fills my heart with so much joy!! Hopefully things like this can start changing opinions so people can stop being so judgmental of little boys loving life," another said.

Research and clinical advice supports Wolf's goals. A 2018 study by the American Academy of Pediatrics encouraged pediatricians to remind parents and children that "variations in gender identity and expression are normal aspects of human diversity, and binary definitions of gender do not always reflect emerging gender identities."

The AAP also advises parents that "cross-gender preferences and play are a normal part of gender development and exploration regardless of their future gender identity."

RELATED: This barber opened her own all-female run shop to help promote inclusivity

After the project's inception, Wolf continued posting photos online, but also wanted to connect parents dealing with these issues. So she started a private Facebook group for parents. She also made a website for Boys Can Be Princesses, Too where she posted a lengthy FAQ page with information about her mission.

"Why are you forcing little boys to wear dresses?"

(Wolf explains she never forces a subject to do anything or wear anything they don't want to. The boys she photographs expressly agree to the photo shoot and are old enough to understand what it entails.)

"Why can't the boys be princes instead?"

(They can be if they want. The project is meant to encourage imaginative play of all sorts. It just depends on the individual boy's interests, she says.)

Still, Wolf understands why many parents oppose her work.

"It's very understandable that this project would make somebody uncomfortable," she said.

"People are very stuck in the gender roles."

Ultimately, she hopes people see her initiative as a way to encourage acceptance, educate parents and welcome all types of creative expression.

You can support Wolf's mission on GoFundMe here.