Watch this athlete in a wheelchair easily scale a climbing wall

In a video inspiring people across the internet, a Canadian athlete with cerebral palsy scales a climbing wall while strapped into his wheelchair. 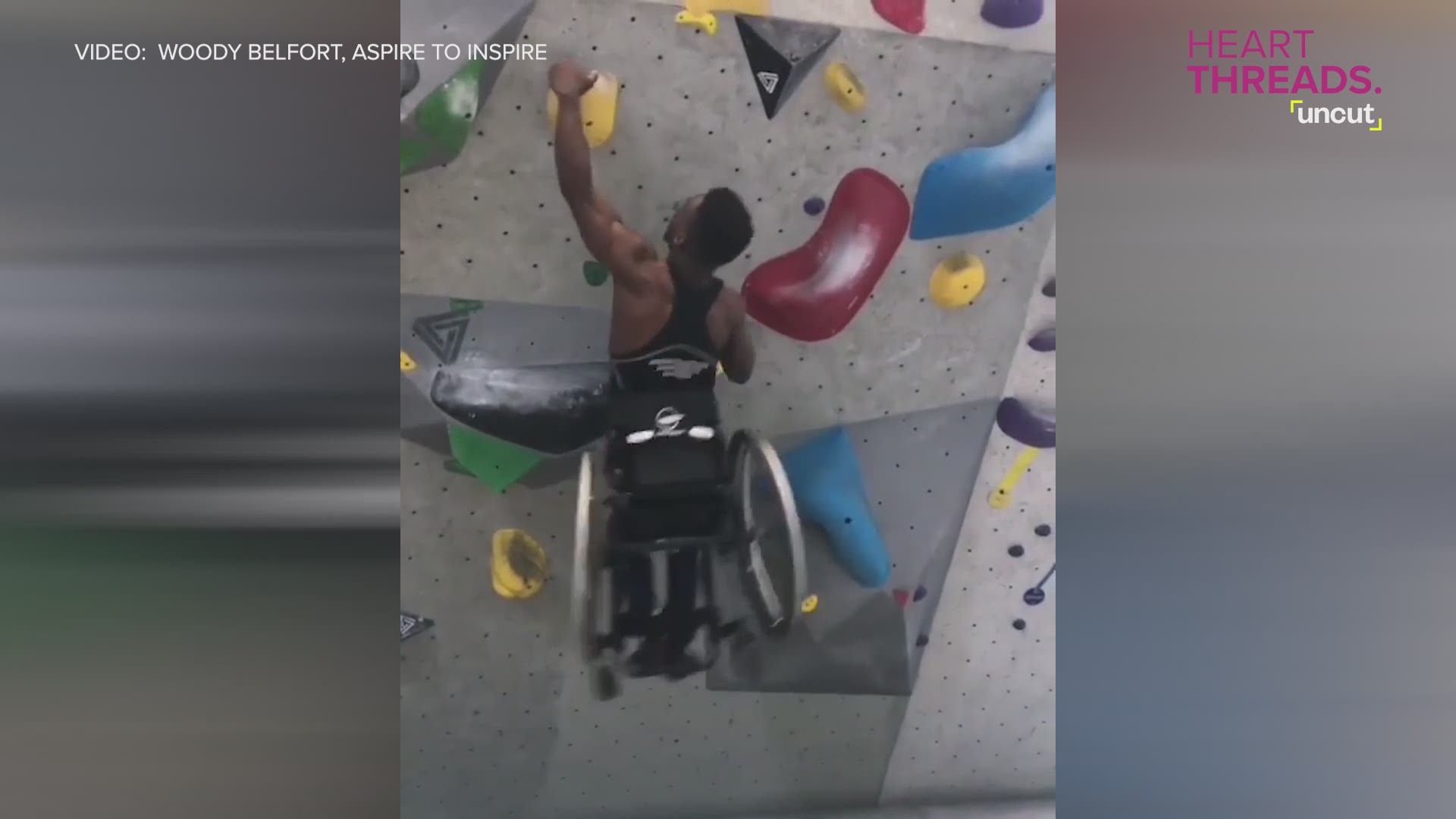 MONTREAL, QC — "No matter how tall a wall is, never stop climbing."

The 23-year-old from Montreal was born with cerebral palsy, which makes it difficult for him to walk. But rock climbing is another story.

In a video posted online, Belfort scales an indoor climbing wall while strapped in his wheelchair with ease.

Belfort's natural athleticism began long before he started rock climbing. He has been active ever since he was a baby.

"I always wanted to be moving even with a wheelchair," Belfort said.

As soon as he was old enough to maneuver his wheelchair, he began playing basketball, which he calls his "first love." It remains one of his favorite sports today.

Currently, Belfort is training with the hopes of earning a spot on Canada's wheelchair basketball Paralympic team.

RELATED: ‘Quitting was never an option’: This runner with cerebral palsy has completed over 110 races

But Belfort doesn't limited himself to just one sport.

"I try to do everything," he said.

He's rotated through fitness regiments like CrossFit, yoga and calisthenics.

Belfort posts photos and videos of his workouts and fitness accomplishments on social media in hopes of inspiring others.

"I hope that youth realize the only limit they have is within themselves," he said.

RELATED: 'The finish line is just the beginning' | Brothers compete in endurance sports to empower those with disabilities