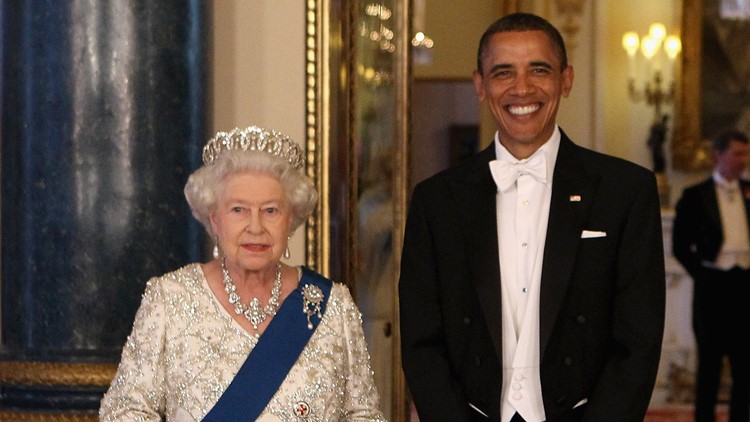 'It's easy to get addicted to these things' | St. Louis royal jewelry expert on her favorite sparklers

ST. LOUIS — It might be an understatement to say that St. Louisan Lauren Kiehna loves royal jewelry. Kiehna writes all about her favorite subject in a blog called The Court Jeweller, often using the pseudonym Ella Kay.

"It's easy to get addicted to these things," said Kiehna. "It's such a wonderful way to talk about history."

I recently sat down with Kiehna, and Royal Dish podcast co-host Brandie Piper, to talk about Kiehna's passion for royal jewelry. She's always loved shiny things. But it was a visit to London during high school, and a semester abroad in college, that sparked her lifelong love affair with wearable royal treasures.

Specifically, the hours she spent gazing at royal baubles during repeat trips to the Victoria and Albert Museum in London.

We asked Kiehna to rank her three favorite pieces of royal jewelry of all time, in descending order.

"They reflect my love for the story behind the piece jewelry, they're not necessarily the ones I want to wear," explained Kiehna.

Here are her three favorite royal jewelry pieces and their stories.

This official picture of Princess Elizabeth heir presumptive to the British throne, and her fiance, Lieut, Philip Mountbatten, was made on July 10, 1947 in London. The Princess engagement ring can be seen on her finger.(AP Photo)
AP

These two pieces were given to Queen Elizabeth II, then-Princess Elizabeth, by Prince Philip when he asked her to marry him. Prince Philip was a naval officer, and while he was born into Greek and Danish royal families, he didn't have vast family wealth. But Kiehna said his mother had received a fantastic suite of jewelry from her aunt and uncle. They just happened to be Nicholas and Alexandra, the last emperor and empress of Russia. When Prince Philip got engaged, his mother went to the bank vault, got the tiara encrusted with aquamarine and diamonds, and told Philip to use the gems to make something for his wife-to-be.

Prince Philip not only had an engagement ring made but also the Edinburgh Wedding Bracelet.

The Duchess of Cambridge has been seen wearing the bracelet in public, as seen below.

FILE - In this Sunday, Feb. 12, 2017 file photo, Britain's Prince William and Kate, Duchess of Cambridge meet BAFTA representatives as they arrive to attend the BAFTA British Academy Film Awards at the Royal Albert Hall in London. The red carpet will be a sea of black as the movement against sexual misconduct takes center stage at the British Academy Film Awards on Sunday Feb. 18. 2018. The Duchess of Cambridge is due to attend the Royal Albert Hall ceremony with husband Prince William, who is president of the British movie academy. (Daniel Leal-Olivas/Pool via AP, File)
AP

#2: Sad story about a fascinating tiara

Moonstones and turquoise. The Hesse Tiara is a stunning combination on this famous tiara that was made in 1906, and has a somewhat tragic past.

It was commissioned for Grand Duke Ernst of Hesse as a Christmas present for his second wife, Princess Eleonore of Solms-Hohensolms-Lich. In 1937, Eleonore decided it should be a wedding gift for her new daughter-in-law, who was marrying her youngest son, Prince Louis. Eleonore packed it in a strong box and boarded a plane to London with many members of her family, including one of the sisters of Prince Philip, Duke of Edinburgh. Everyone on board was killed when the plane crashed en route, but the tiara was found.

It's now owned and worn by Baroness Susan Geddes.

Britain's Queen Elizabeth II is greeted on her arrival to Port Louis, Mauritius on March 25, 1972 on her journey home from a non-stop tour of Asia. She is wearing the Vladimir Tiara with its pearl drop setting. (AP Photo)
AP

Chances are you're familiar with this one. Queen Elizabeth wears it. A lot.

The Vladimir Tiara belonged to Grand Duchess Maria Pavlovna of Russia, who was the wife of Grand Duke Vladimir Alexandrovich. He was the third son of Czar Alexander II. The tiara was made in 1890 and almost was lost during the Russian revolution.

As the Grand Duchess fled St. Petersburg for France, she was forced to leave her jewelry behind. With no other source of income, and in exile, the Grand Duchess set out to get her tiara back. Her son and a friend, who was an art dealer, returned to St. Petersburg, dressed up as workmen, sneaked into the Vladmir palace and walked out with all of the jewelry hidden in plain brown bags.

When Grand Duchess died, her daughter sold the tiara. The buyer? Britain's Queen Mary, who then passed it on to Queen Elizabeth II, who still wears it today.

"It was in pretty bad shape" when it was acquired by the British royal family, said Kiehna.

Some of the diamonds had been knocked off. But Queen Mary had it restored to it's original glory.

"Now, it's become one of the most iconic tiara's in Britain, also recreated for [the TV series] 'The Crown'," said Kiehna.

See a glimpse of the tiara in this trailer for season two of 'The Crown'.

The tiara is often used with its pearl drop setting, but the pearls can be switched out for Cambridge emerald drops. Queen Elizabeth is also known to wear the tiara "widowed," which means without any gem drops.

Kiehna loves using jewelry to talk about history. She believes it not only gives us all something beautiful to look at, but it's also a female-centric way to frame the past.