Red Hot Riplets: 'The best hot chip in the world'

On Abby Eats St. Louis, we pop into a bag of Red Hot Riplets to see what makes Old Vienna's chips so addicting. 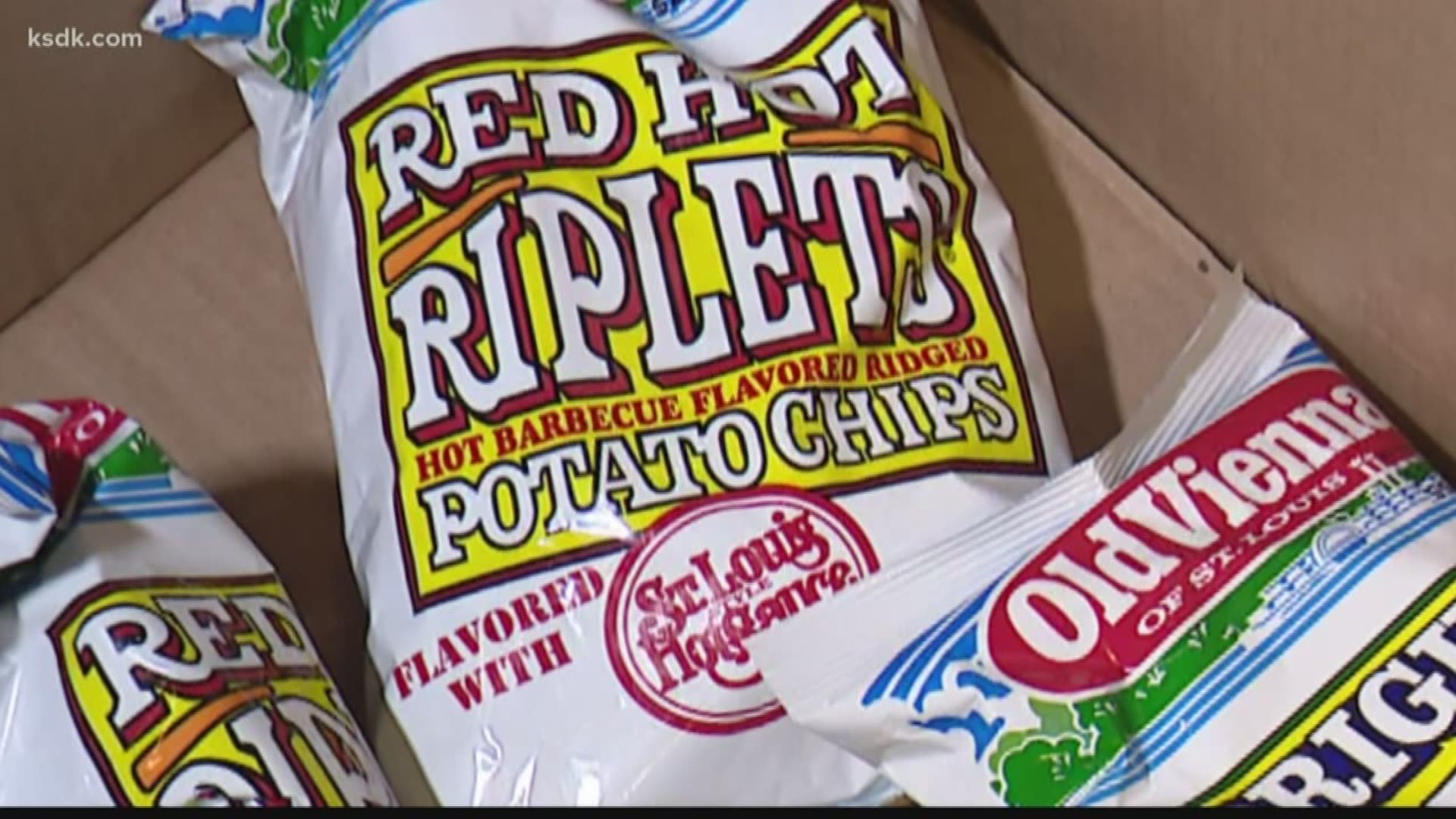 ST. LOUIS — Old Vienna is as close to home as it gets for many St. Louisans. It’s the company behind Red Hot Riplets, the essential St. Louis chip.

The seasoning is that sweet, spicy, smoky barbecue flavor that tastes so St. Louis. It’s on everything from pork rinds to popcorn, restaurant menus to frozen pizzas. And, it’s on whatever you want now that you can buy it in a bottle.

On Abby Eats St. Louis, we popped into a bag of Red Hot Riplets to see what makes those chips so addicting, find out how the small company with a secret recipe became a lifestyle brand and munch on whether it’s a barbecue chip or hot chip.

Abby Eats St. Louis is a weekly podcast dishing out the stories behind what’s on the table in St. Louis. Subscribe for free wherever you get your podcasts.

Old Vienna has been around since the 1930s, but it wasn’t until the 1970s that the Red Hot Riplets came around.

“In the 70s, they were very, very worried that it was going to be too hot because we are different on that level from other hot chips. We douse those chips in that seasoning,” explained Elisha Schaffer, the office administrator who has been with the company for 16 years.

“Now, we get people that call in and say, no, it’s not hot enough,” she added.

These days, Red Hot Riplets are the bread and butter for Old Vienna.

But no matter how popular the chips get, Old Vienna is good with sticking close to home.

The company delivers its products—which also include corn chips, popcorn and pork rinds—to stores within 50 miles of downtown St. Louis. Their delivery drivers have 11 routes to cover. Manufacturing is done out of state, but the headquarters in Fenton serves as the gathering spot and distribution point for all things Old Vienna.

The trick to the riplet’s red hot success is the chip itself.

“Our chip is actually designed a certain way to hold that seasoning,” Schaffer said.

The waves in the chip’s surface are scientifically designed to catch all the seasoning. If you have a flat chip, the seasoning could slide right off. The ripples keep that from happening, all while creating more surface area.

More surface area equals more chip for the seasoning to stick to.

A few years ago, Old Vienna had to switch manufacturers, which changed up the chip’s design, and people had words.

“They had the ripple just a little bit different on the ridge,” Schaffer explained. “And you would not believe how many people contacted us.”

Old Vienna heard their fans loud and clear and switched back to the original design.

“The taste of it is one thing, but we overcoat our chips as well, and people love it,” Schaffer said. “If your sinuses aren’t cleared while you’re eating them, then they weren’t seasoned properly!”

A few years ago, the company bottled its famous seasoning—propelling the classic flavor into all corners of the St. Louis food scene.

From beer and popcorn to aioli, nachos and chicken sandwiches. The little 3.45 ounce bottles helped transform the company overnight—literally.

“We sold 1,000 bottles in 48 hours. We had to shut our website down because we were having so many orders come in,” explained Elisha Schaffer. She was one of a small handful of employees who packaged, labeled and shipped every bottle during that mad dash for the seasoning.

Old Vienna’s Red Hot Riplets logo hasn’t changed in decades, and based on the way things are going lately, we can expect it to stay that way.

“Everybody wants this little yellow square on everything. We have stickers, we have the t-shirts,” said Schaffer.

Old Vienna employees credit the St. Louis community for embracing the brand and helping them grow.

But you don’t have to go far from the company’s warehouse to feel the love. Even the people who spend their day surrounded by cases of Old Vienna products proudly wear the logo at work.

One of the questions that has divided Red Hot Riplets fans for decades is whether it’s a hot chip or a barbecue chip.

The answer depends on who you ask.

While making a chip delivery one day, Steinmetz said he witnessed firsthand an argument between a few customers over what kind of chip it is.

“I think it hits people’s taste buds a little differently,” he said. For him, it’s a hot chip.

For Schaffer, it’s both.

“It’s a sweet barbecue, but it kicks that little bit of heat at the end and then it lingers and it sticks with you, and then you’re addicted,” she said.

According to the chip bag itself, Red Hot Riplets are ‘hot barbecue flavored ridged potato chips.’

But no one is going to argue with how delicious they are.

“It's unique. There's nothing like it on the market.” Steinmetz said.

“It really is the best hot chip in the world.”