The Queen of Cuisine on what makes St. Louis' food scene so tasty

Suzanne Corbett dishes on why St. Louis' food scene is so exciting and the one thing you should get anytime you go out to eat. 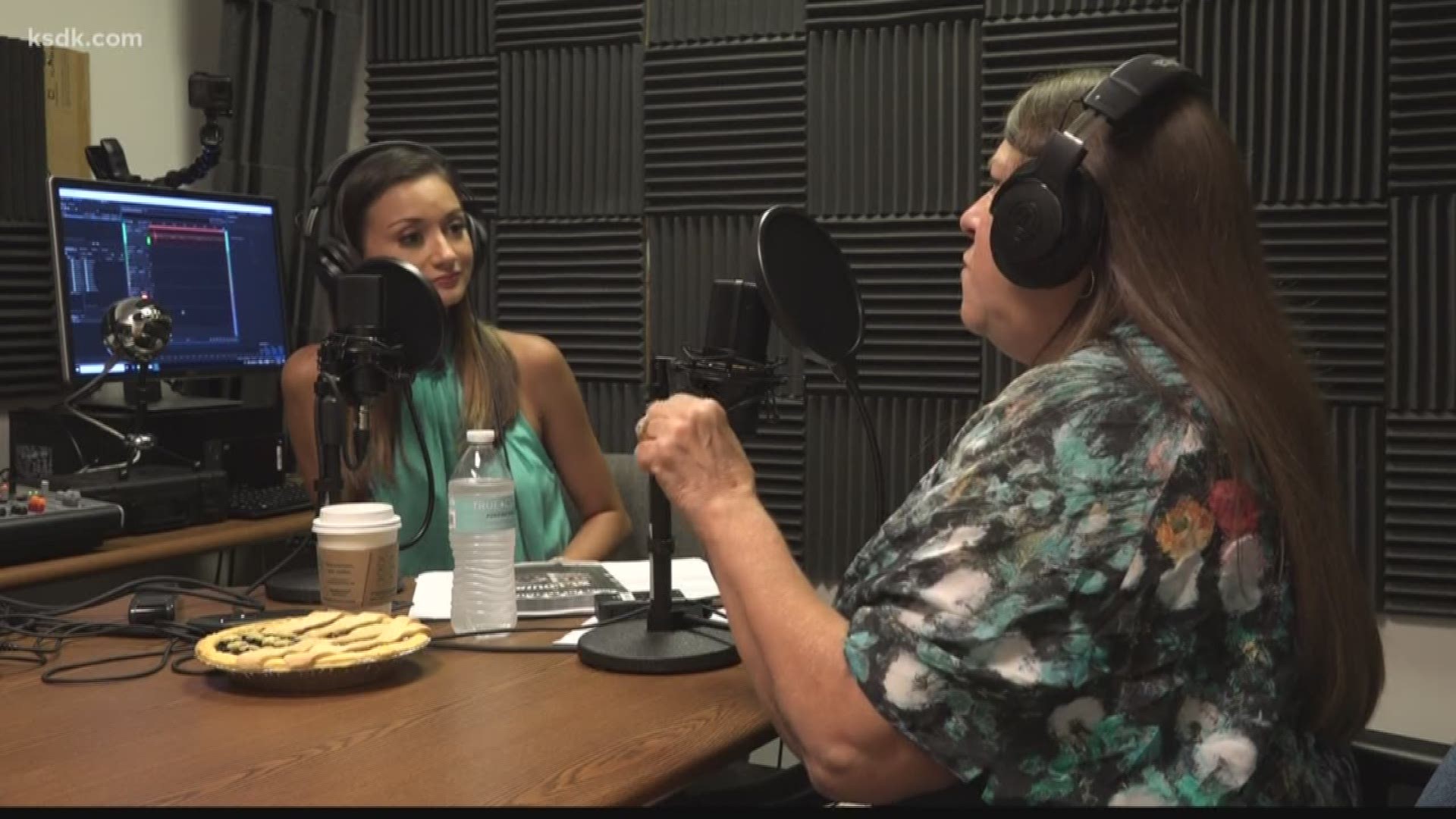 ST. LOUIS — Say goodbye to the anxiety that comes with going to a new restaurant, and say hello to Suzanne Corbett. The St. Louis area food writer and historian has been called a ‘Queen of Cuisine.’ She wrote the book ‘Unique Eats & Eateries St. Louis.’

Corbett sat down with Abby Llorico to dish on how she separates a great culinary destination from your average hole in the wall. She gushed about what makes the St. Louis food scene so exciting. And she shared the one thing on the menu she’d recommend any time you go to a new restaurant.

Here’s a snippet of the Q&A with Suzanne Corbett. Check out the full discussion on the Abby Eats St. Louis podcast episode, ‘The Queen of Cuisine wants to plan your next vacation.’

Is there a particular flavor of St Louis food history that really entices you or that you're most excited about, talking about, learning about, teaching others about?
Well, St. Louis food history goes way beyond the toasted ravioli and the popularity of the ice cream cone from the World's Fair. We are multilayered. We have so many different ethnic groups that contribute to who we are today. And you have to start back at the very beginning, which is the French colonial.

Well you're clearly quite well versed on other food cultures besides just the one that we have here in St. Louis, but stepping out of that for a second, how do you feel St Louis is as far as a foodie town, as far as a place to do the job that you do, which is talk about our food?
Well, thanks to a lot of travel writers and some of the other media across the country, I think St. Louis is finally getting the recognition that it so richly deserves because the recognition of us as a food town, as a foodie place, a food destination is right up there with San Francisco, New Orleans, all of those great places. Seattle. My goodness, when you say I want to go travel for food, St. Louis should be in your top five.
And it's really affordable. I think that's the other thing that's really helping us is we're more accessible than a lot of those studies.
Well, that makes us go to the top of that list. We're number one as far as affordability, accessibility, diversity. I mean we've got anything you're hungry for here. Yes, we've got anything you want to drink, too. I mean we've got great wineries, fabulous craft breweries and of course you can't forget our favorite little craft brew pub that’s down on Pestalozzi there (referring to Anheuser-Busch).

So, I know for people who are maybe looking to explore some new restaurants, some new flavors, some new neighborhoods, it can be kind of an intimidating experience sometimes going somewhere that you haven't been. What advice do you have for these people who are trying to get out of their comfort zone and step into a new restaurant, try something different?
Step out, get out of the car, jump in and you might be a little shy, but start slow. I think a restaurant tour, when they want to win somebody over, they always have something great when it comes to their small plates or apps. Order an app, that'll give you just a little taste of what they can do and chances are it's going to be one of their finest dishes that'll knock it right out of the park for you, and you'll know right then whether or not you want to stay or leave.

Do you have any favorite stories or favorite origins of things or favorite discoveries that you've been able to make about something that you didn't expect?
Well, you know, I always go back to Al’s because it's tucked in on the side of the river front here on Second and Biddle. It is the oldest continually run family operation in St. Louis restaurants. And it's a who’s who of who dined in, came to St Louis. From Frank Sinatra, who brought his dog into eat steak with him, to the latest rock groups that come in and fall into their door for a great steak. It's a wonderful place. And then if I go further out, I'll go into places—talk about family history—Adam Puchta Winery. That is also one of the oldest family run wineries in the country. And it's fabulous because it started not with a bottle operation, but as a jug wine. Back in the day when you would take your own jug or your own bottles and you'd have them filled at the winery. Well today, that's still running and it's great opportunities for class award-winning Missouri wines.

What do you think is the next Al’s? What are some of the places, or the arenas, the chefs who you think are going to be in the next edition of ‘Unique Eats & Eateries,’ though it is pretty current.
Rick Lewis is wonderful, Grace Meat + Three. They have so much on the menu. They have so much inspiration in what they do with their food. It is fabulous on the things they are doing. Thu Rein Oo, who is the executive chef over at The Crossing down in Clayton. He's doing some fabulous things with doing his own touch to the classic Italian and French foods, and he's becoming very, very good and well known within the restaurant community. As far as who's next, who's the next star? I'd have to go down to Forest Park Community College and take a look at the culinary school and see who really has passion behind the stove. And that's where you're gonna find the next star.

One of the things that I think is exciting about that is they might not start shining in St Louis. They might find their shine in another place. Gerard craft came home as a star in so many ways. You have the fact that we have a Shake Shack here now, but the founders could only really go shine in other cities before bringing it back here to St Louis. But it seems like that's another recurring theme we keep finding is that people want to establish something here. Why do you think that is?
That's because we have a sense of hospitality and a sense of service that other restaurant towns don't really have. We have a very rich tradition.
We're nice here.
We are nice, but we understand service and we understand what hospitality means, and so many of these people that have left and come back, they'll credit that base of hospitality and service to the success of their restaurant.

What role do you think food could play in making St. Louis as it is right now the best version of itself, or a better version of itself, healing those divisions?
Nothing can bring you together faster than a table. Share food: you've got a friend. I mean look at the latest promotion that the convention and visitors bureau Explore St. Louis is doing. We have John Goodman. What is he talking about? He's talking about all the great food! It's enough said. You come on in, have a meal, share a drink, share conversation. You've got a friend.