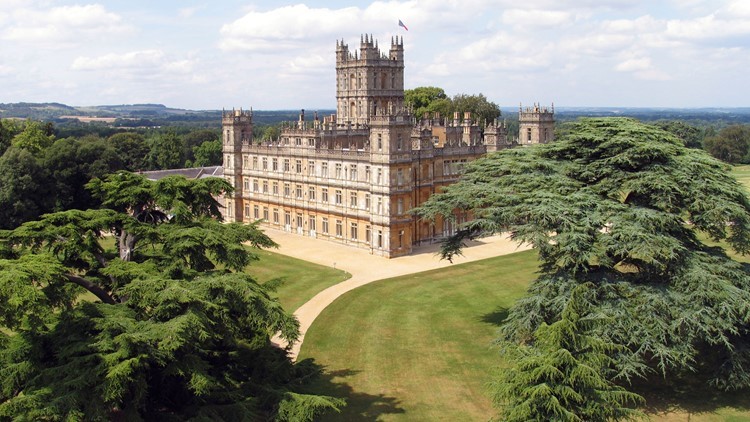 Vanishing landscape: British front gardens are being paved over

ST. LOUIS — The English garden has long inspired even the most casual of weekend gardeners. Climbing ivy, lush shrubs and beautiful blooms of rambling rose or hollyhocks come to mind, and many an American garden has been designed with those memorable stone paths and natural-looking landscapes in mind.

But while large properties like Highclere Castle have traditionally been paved right up to the foundation, now, increasingly, even modest homes in London are now starting to look eerily similar.

Turns out, it’s a trend that’s been brewing for at least two decades.

In 2012, an article in The Telegraph titled 'Celebrity gardeners blamed for making floods worse by encouraging decking and patios' said that between 2001 and 2011 the number of front gardens that were paved over rose from 28% to 48%.

Apparently, home renovation and gardening shows encouraged viewers to simplify their homes by paving or bricking over front gardens. That article traced the trend back to the mid-1990s.

It quotes a survey done for the RHS that found between 2005 and 2015, the number of front gardens with gravel or paving instead of grass tripled. A mind-boggling one-quarter of all houses had gotten rid of their gardens.

It also quoted a London Assembly report. Completed in 2005, it references ‘crazy paving,’ and 'said that two-thirds of London's front gardens were either partially or wholly covered in an assortment of paving, bricks and concrete.'

There are consequences, unintended or not. With fewer places for rain runoff to soak into soil, street flooding and water accumulation in low-lying areas is now a bigger problem. Those disappearing gardens also mean fewer places for birds to nest and insects to feed.

But the reasons behind this trend are simply practical.

The BBC story talked about the skyrocketing price of land in London in that same time, the dramatic increase in the number of vehicles on the roads and high numbers of dual-income families.

At the end of the day, people simply need a place to park their cars or store their recycling bins. Or, maybe they just need one last thing to take care of, no matter how beautiful and iconic it might have been.