The company's Starship is designed to one day take people and cargo to the moon and Mars. 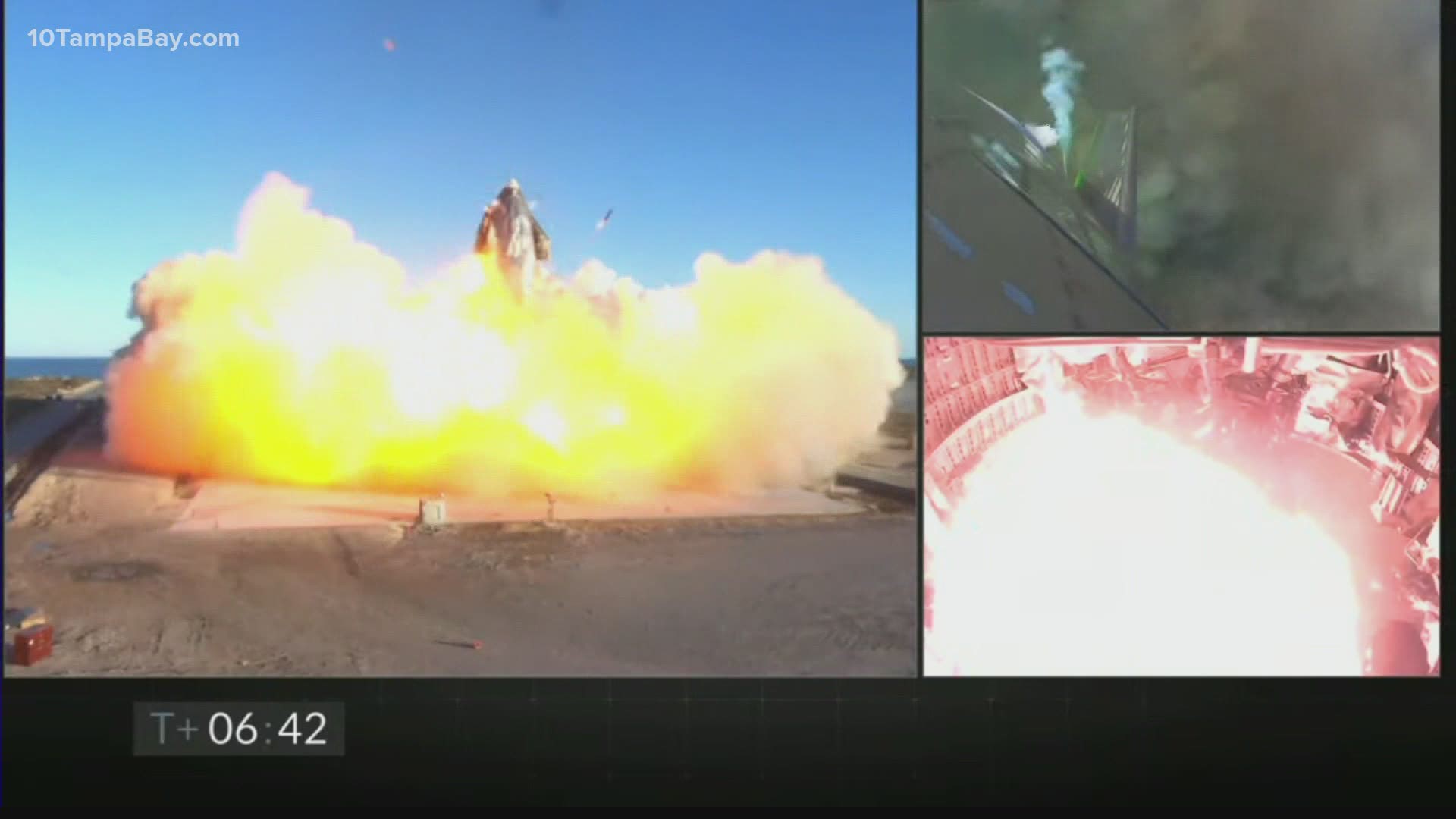 That was the reaction of SpaceX CEO Elon Musk following the literal explosive landing of the Starship spacecraft in South Texas.

SpaceX put a lot of hope into the test flight that could mark a big step toward future crewed missions to Mars. The test flight was originally set for some time Tuesday, and a countdown clock started about four minutes before a 5:30 p.m. ET liftoff. But, a Raptor engine auto-aborted about 1 second before liftoff.

So, SpaceX tried again Wednesday evening. Starship successfully lifted off the pad, rocketing up above Boca Chica, Texas, for several minutes, cutting off two of its Raptor engines for a descent, and successfully reorientating itself to attempt a vertical landing.

Starship exploded immediately after landing, but according to Musk, SpaceX got all the data it needed.

Musk has said that it's likely that Starship would crash land, but any data gathered from the test flight is a crucial step forward in the program.

"With a test such as this, success is not measured by completion of specific objectives but rather how much we can learn," SpaceX wrote on its website.

Here's what happened in this flight test:

SpaceX has tested the Starship in two low-altitude missions within the past year, only going as high as 500 feet. Together, the Starship and the Super Heavy first-stage booster stand 394 feet high and 30 feet wide and can carry 100 tons of payload.

What's next for SpaceX?

2020 has been a banner year for SpaceX. Its Falcon 9 rocket launched the first two crewed missions from U.S. soil since the Space Shuttle program ended in 2011. Now the company is banking on the Starship for bigger missions.

SpaceX has booked its first private mission to the moon with Japanese fashion and art mogul Yusaku Maezawa. They're aiming to take that flight in 2023. That's a year ahead of NASA's goal of landing humans on the moon by 2024.

2024 is also when SpaceX CEO Elon Musk hopes to launch the company's first spacecraft to Mars. He's hoping to take people there by 2027, with the ambitious goal of one day colonizing the Red Planet.