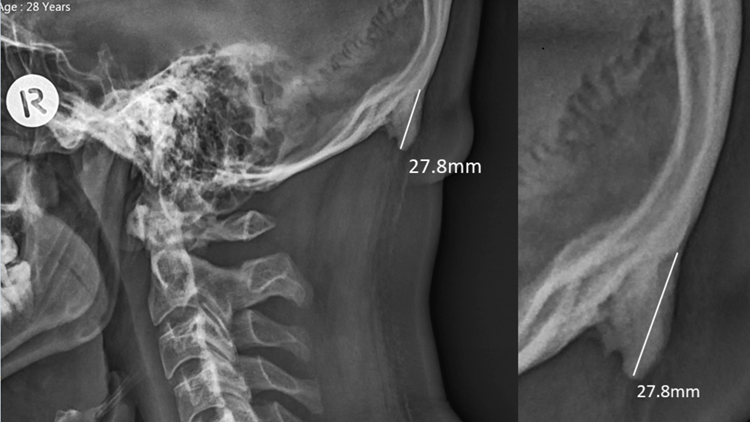 Young people are growing horns from their skulls, and research suggests phones are to blame

It should come as no surprise that a lot of young people are attached to their smartphones and electronic devices.

A 2018 article from the Nature Research's peer-reviewed, open access Scientific Reports suggests the attachment of young people to their phones is causing a concerning horn-like growth to appear on their skulls.

In the study, researchers looked at people's skulls ranging from age 18 to 30 via X-Ray. The discovery was the "development of prominent exostosis emanating this enthesis in over 40% of young adults' skulls."

An Australian news site compared the growth to the "kind of spurs seen in hunched-over elderly people," due to bad posture or stress.

The Washington Post compared the growth to skin thickening into a callus "as a response to pressure or abrasion."

"You may say it looks like a bird's beak, a horn, a hook," David Shahar, the paper’s first author and a chiropractor told the Washington Post.

Whatever the comparison, the findings raise concern for the "future musculoskeletal health" of young adults. The researchers also say future intervention and education may be needed to prevent bad posture and overuse of phones and other electronic devices for current and future younger generations.

The study showed that a combination of a person's biological sex, the degree of how far a chin protrudes forward along with the spine, rounding of upper back, shoulder placement and age could predict the size of the growth.

Researchers believe the growth could be an "adaptive mechanism" due to the repeated behaviors and stress that electronic devices can cause. Repeated use and stress can cause tension in the bones, which researchers think might be causing the growth.

In other words, the way humans act and behave, such as being glued to our phones, could be causing some deformities to our bodies and skulls.