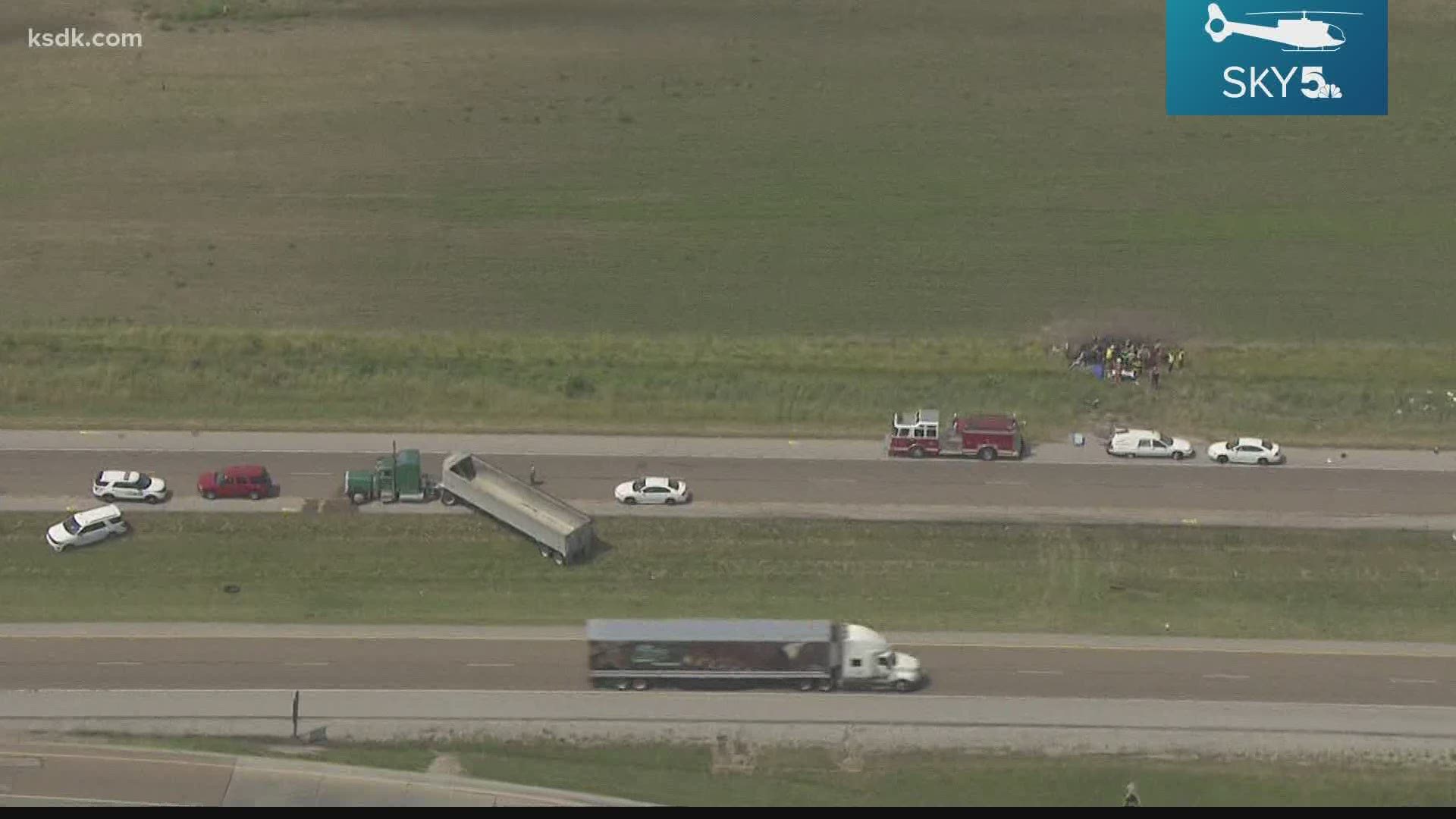 MASCOUTAH, Ill. — Parts of Interstate 64 in Illinois were shut down on Tuesday afternoon after a fatal accident.

The Illinois State Police and St. Clair County Emergency Management said the accident happened close to mile marker 25 on I-64, which is near Mascoutah and New Baden.

Police said a tractor-trailer driven by a 40-year-old man from Potosi, Missouri and a 2020 Ford truck were the vehicles involved in the crash. The person driving the truck died in the accident. She's been identified as 67-year-old Sharon Foster of Collins, Missouri.

Police said initial investigation showed both vehicles were driving west on I-64 near milepost 25 in St. Clair County. The truck had come to a stop because of traffic congestion. The tractor trailer failed to notice the truck had stopped and hit the truck from behind. The truck then left the road and caught fire.

The man driving the tractor trailer was not injured.

The westbound lanes of I-64 in the area were closed for around four hours during the investigation.

The crash is still under investigation and charges are possibly pending. 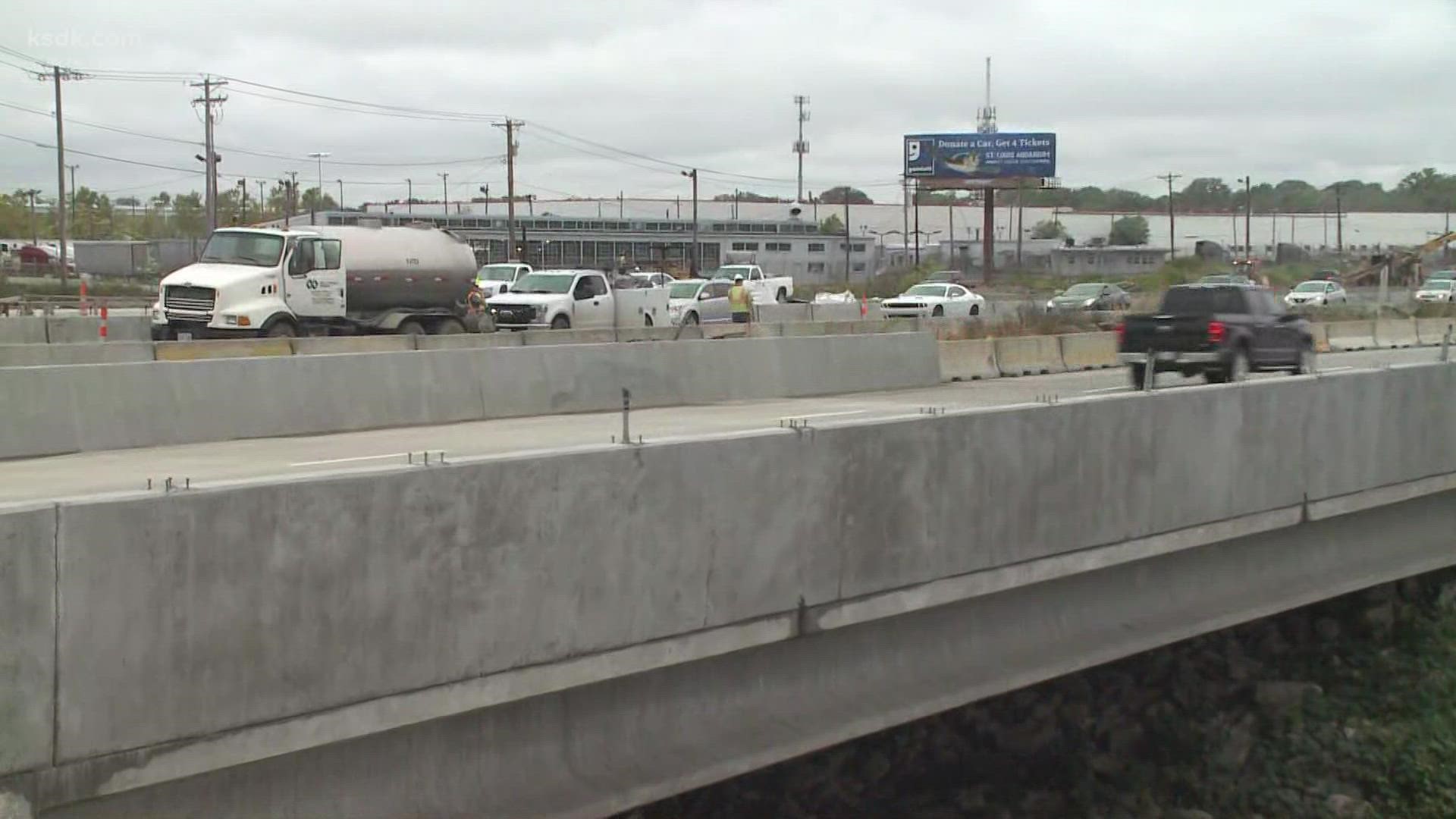 Delays on I-270 for 'emergency bridge repair' in St. Louis County