I-70 reopens after truck fire in St. Charles County

Investigators are trying to figure out what caused the fire. 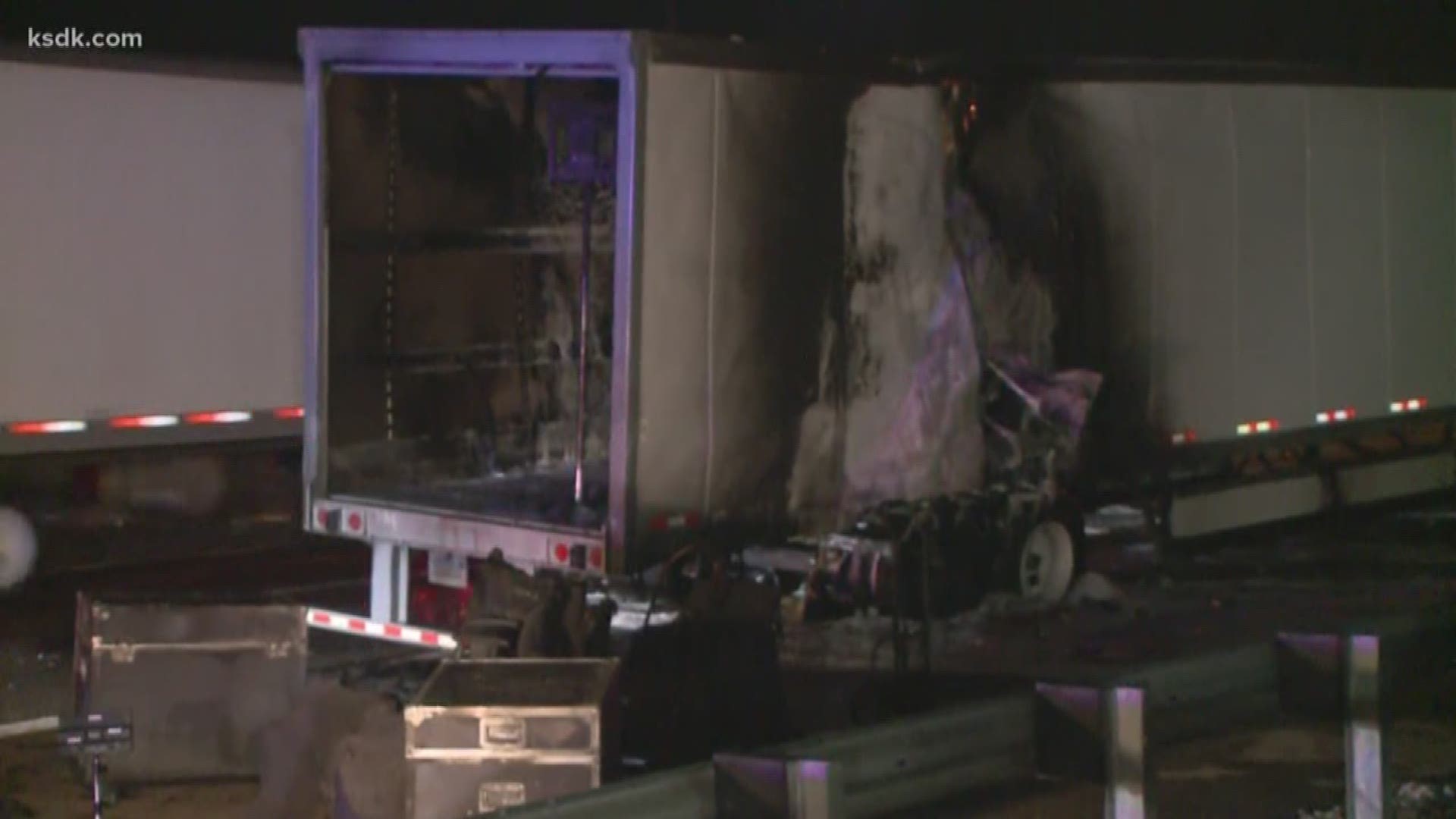 O'FALLON, Mo. — Interstate 70 eastbound has reopened after a tractor trailer caught on fire near Highway K in O'Fallon, Missouri.

Police said the fire started around 4 a.m., causing all lanes to close for several hours. After a series of lanes opening and closing, traffic started moving again three hours later at about 7:15 a.m.

Emergency responders were able to put out the fire. Tow trucks hauled the truck off the road at about 7 a.m.

It's not known why the truck caught on fire.

Officials at the scene said the truck was hauling sound equipment for a dance team. The truck left from Kansas City and was headed toward the east coast. Most of the equipment was covered and wasn't damaged.

Police continue to investigate the incident.