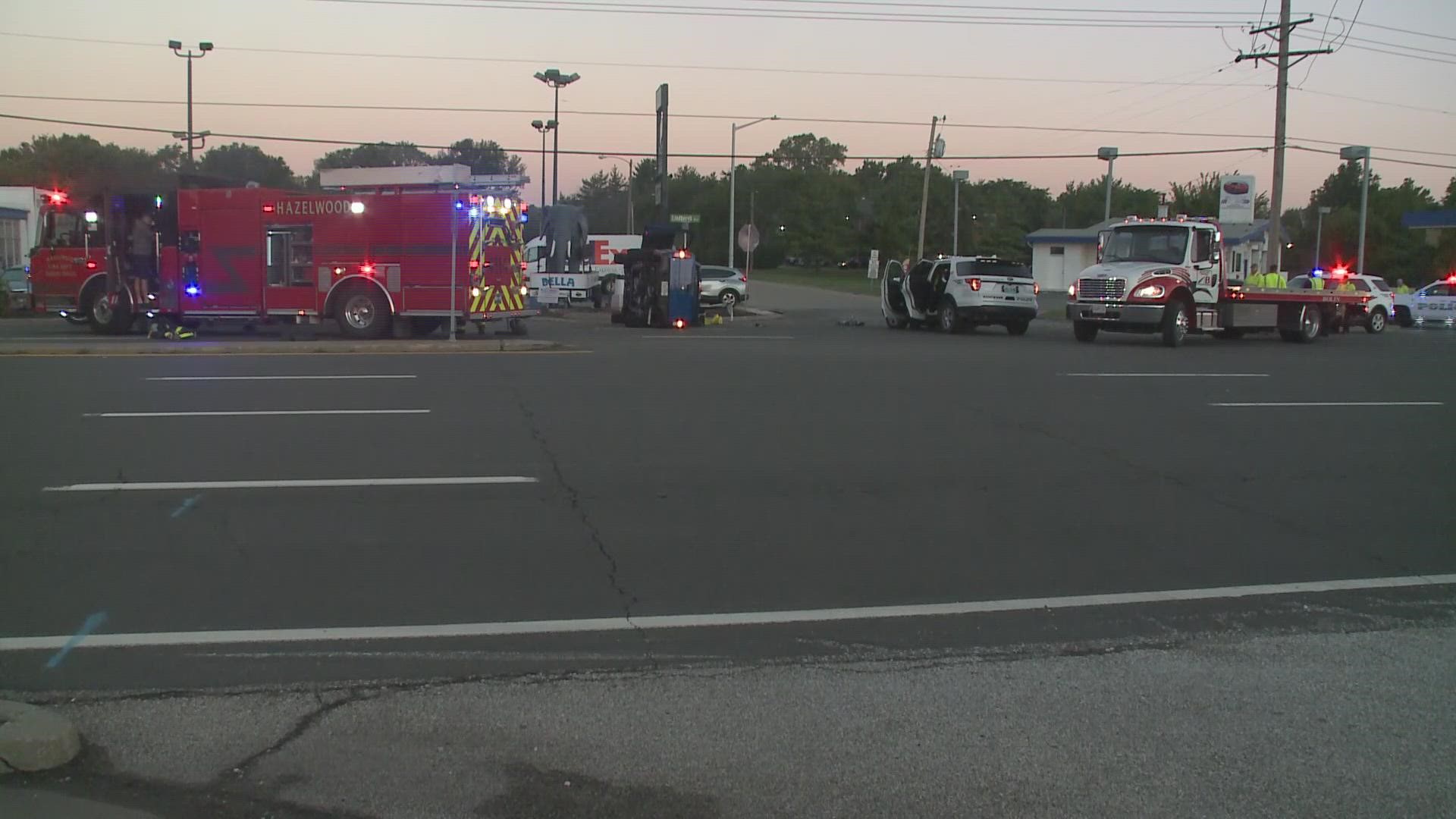 HAZELWOOD, Mo. — An early Tuesday morning crash left a vehicle on its side and a police cruiser damaged, causing road closures.

The two-car wreck involved a Hazelwood squad SUV and a truck. A press release from the Hazelwood Police Department states the police car was traveling north on Lindbergh Boulevard at Chapel Ridge Drive around 6:15 a.m. when the crash happened. Police say the truck driver failed to yield while crossing southbound on Lindbergh, leading to the collision.

5 On Your Side crews were on the scene and saw the pickup truck overturned in the intersection, along with a police car with damage on its side.

The officer was transported to a local hospital with minor injuries, according to officials. Hazelwood Police Captain Andrew Eagan said the officer will need continuing treatment but is expected to make a full recovery.

The condition of the man driving the truck is unknown at this time. The investigation is ongoing, and the driver could be cited at some point.

The crash closed some lanes, which have since been reopened.

We will continue to update you as more information becomes available. 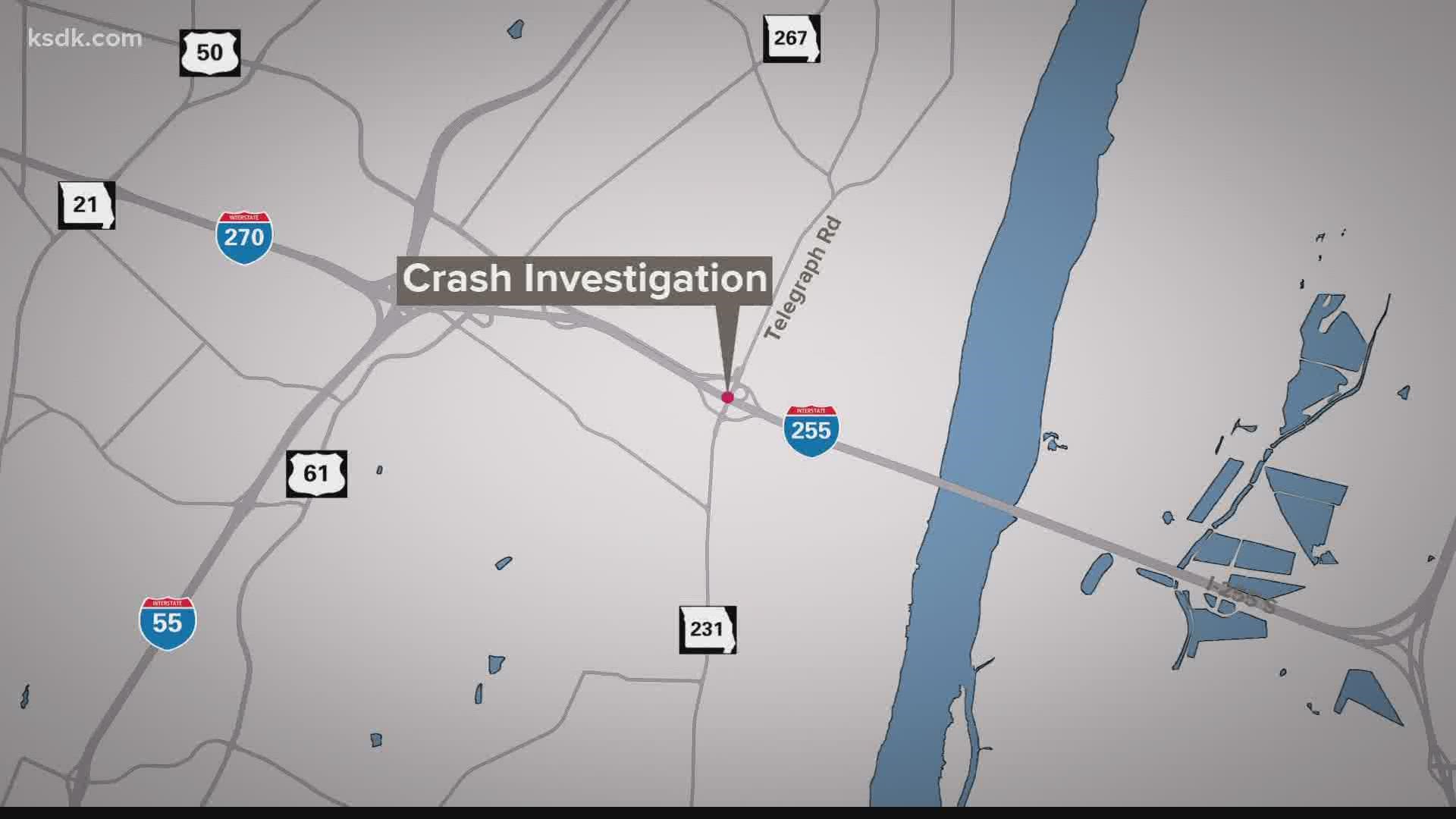