It's unclear when the road will reopen, police said. 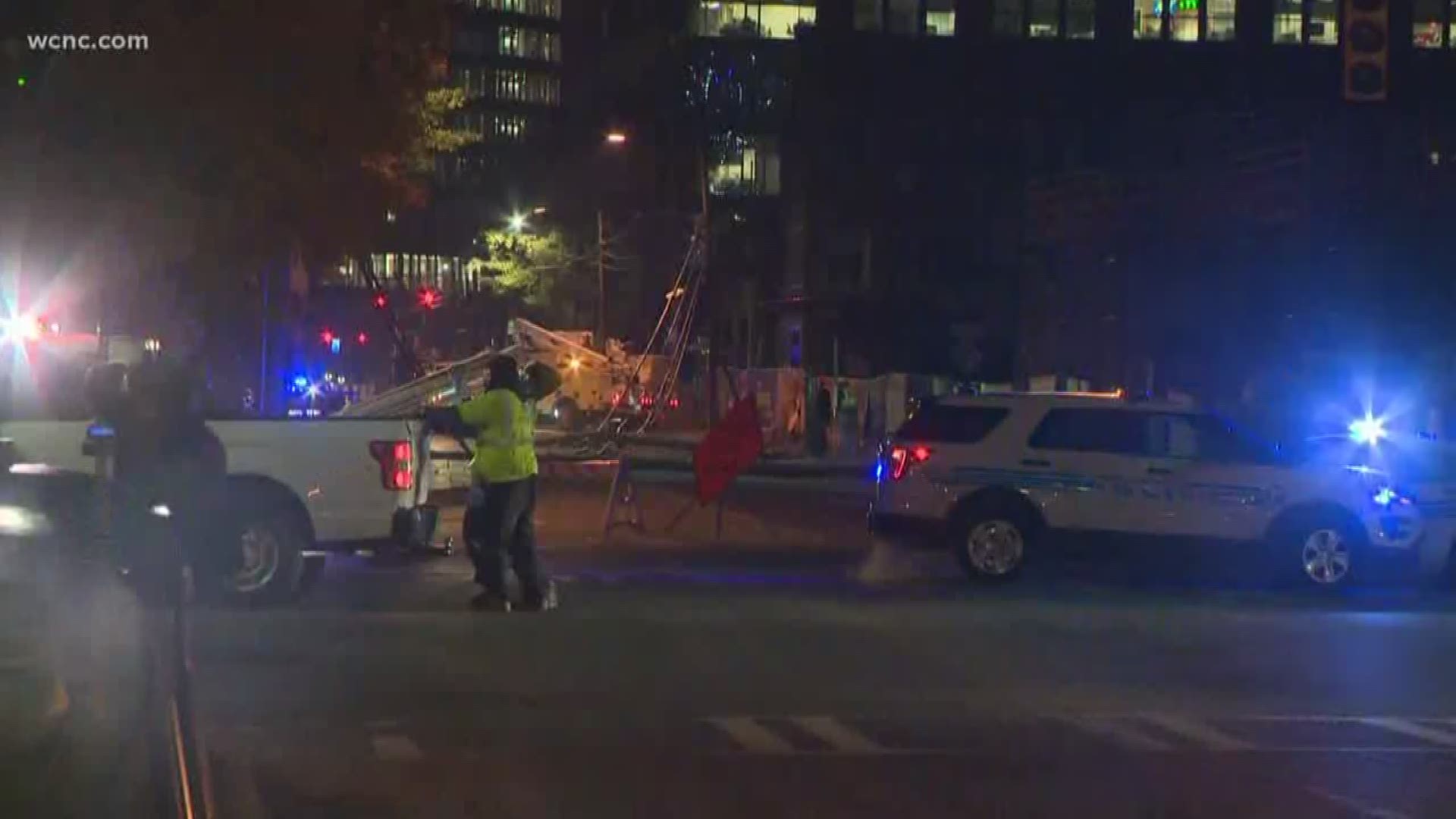 According to CMPD, officers were called to the intersection of South Boulevard and East Carson Boulevard near the Midnight Diner restaurant around 5 a.m. Tuesday. South Tryon is currently closed between Bland Street and Carson Boulevard while crews work to clear the scene. Duke Energy has not reported any power outages in the area.

Duke Energy has been called to the scene for repairs but it's unclear when the road will reopen. CMPD said the downed lines were not the result of a crash.

This is a developing story. For the latest breaking news and traffic alerts, download the new WCNC mobile app today.