The problem spot was closed for several hours during the Monday morning commute. 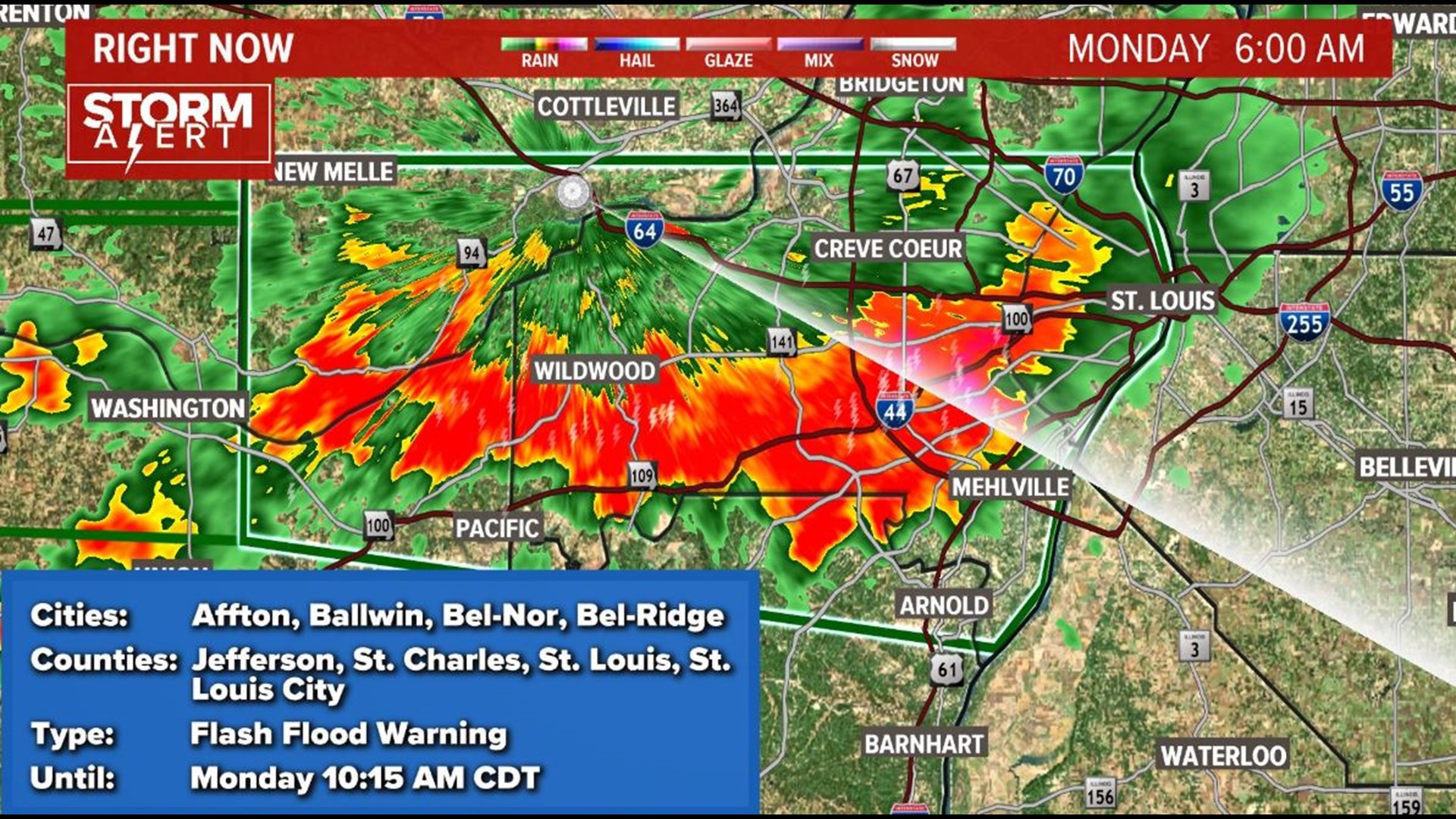 The view from MoDOT's traffic camera showed water covering the intersection running under I-44. At least two cars were stuck in the water.

Emergency crews blocked off traffic in both directions to prevent more cars from getting stuck. MoDOT officials said crews worked to pump water out of the intersection. The closure lasted nearly five hours and traffic was moving through the area again by 11:30 a.m.

The westbound lanes of Interstate 44 also were closed for a short time Monday morning near Eureka after flash flooding on the road.

MoDOT reported the flooding started impacting traffic near Antire Road at about 8:20 a.m. Lanes started reopening to drivers by 10 a.m.

Video sent by a 5 On Your Side viewer showed pickup trucks and box trucks pushing through the water on I-44 near Lewis Road before it shut down. The water was halfway up the grill of the vehicles and was splashing over the concrete median separating the westbound lanes from the eastbound ones.

Most of St. Louis County, the city and areas west were under a flash flood warning when the heavy rain caused the problems.

Parts of the warning area got hit with rain falling at a rate of 1-3 inches per hour. More thunderstorms and severe weather are expected Monday night.