Besides lowering the risk of flash flooding, a playground, trail system and event space will be installed 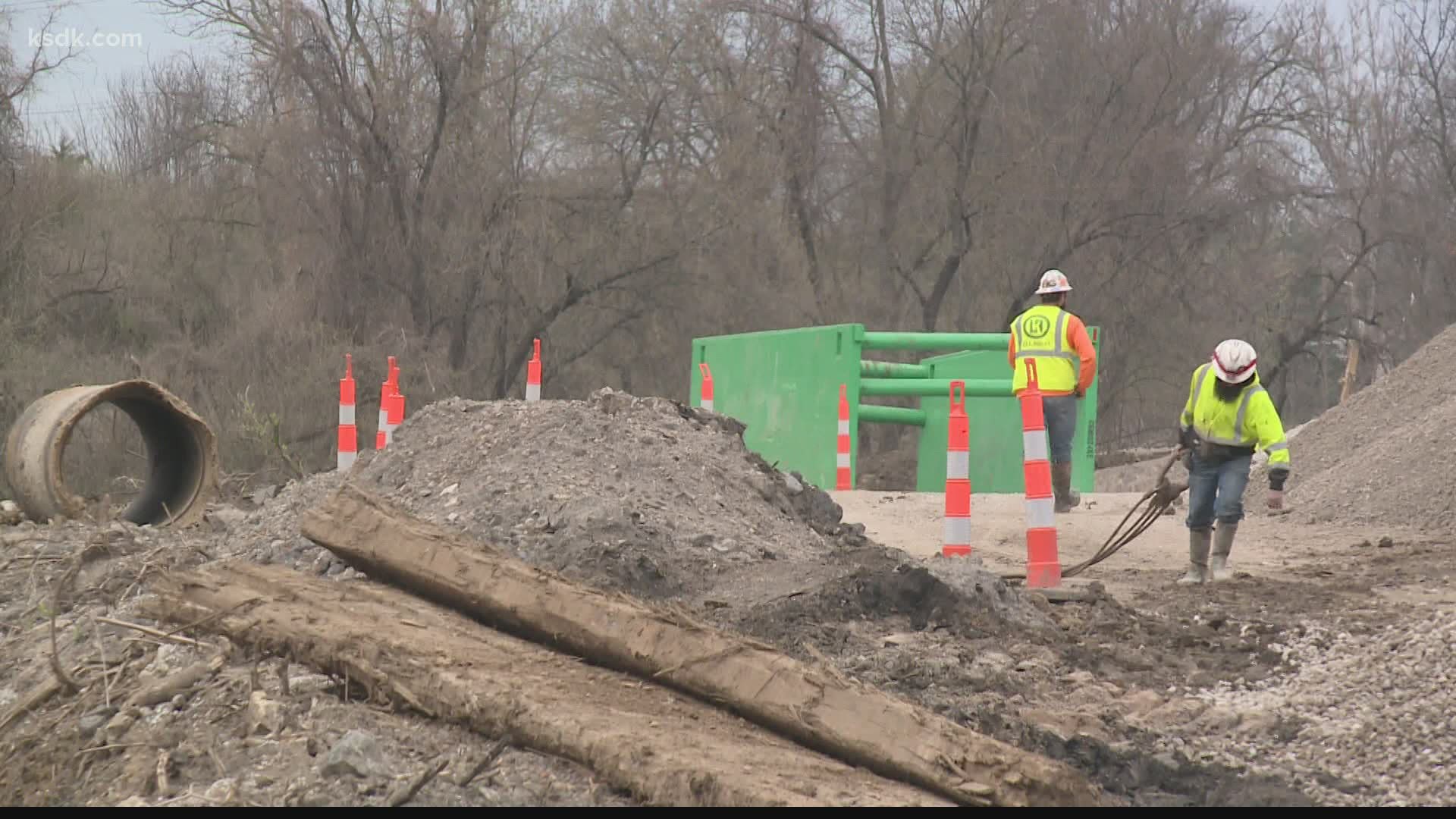 BRENTWOOD, Mo. — The small industrial area near Brentwood Boulevard and Hanley Road is bustling with dump trucks and construction gear, but nothing is being built.

In early 2019, the city of Brentwood passed Proposition B which is funding the $80 million Deer Creek Flood Mitigation project. Twenty-four parcels with apartments, single-family homes and industrial buildings are being demolished and step-banking is being dug out. The grade around Deer Creek will be lowered 20-25 feet to allow water to pool instead of flash flooding onto Manchester Road.

"It has been a problem," recalled Brentwood Mayor David Dimmitt. "There's been a number of instances of flash flooding."

Notably, around Christmastime in 2015, Deer Creek overran its banks and flooded Manchester. Emergency crews had to rescue people from businesses and homes by boat.

The goal of step-banking is to keep Deer Creek within its banks. Along with the grading, a playground, trail system connecting the Great Rivers Greenway and an event space will be installed.

Dimmitt said the project is currently running on time, coming in under budget and set to be completed in December 2022.