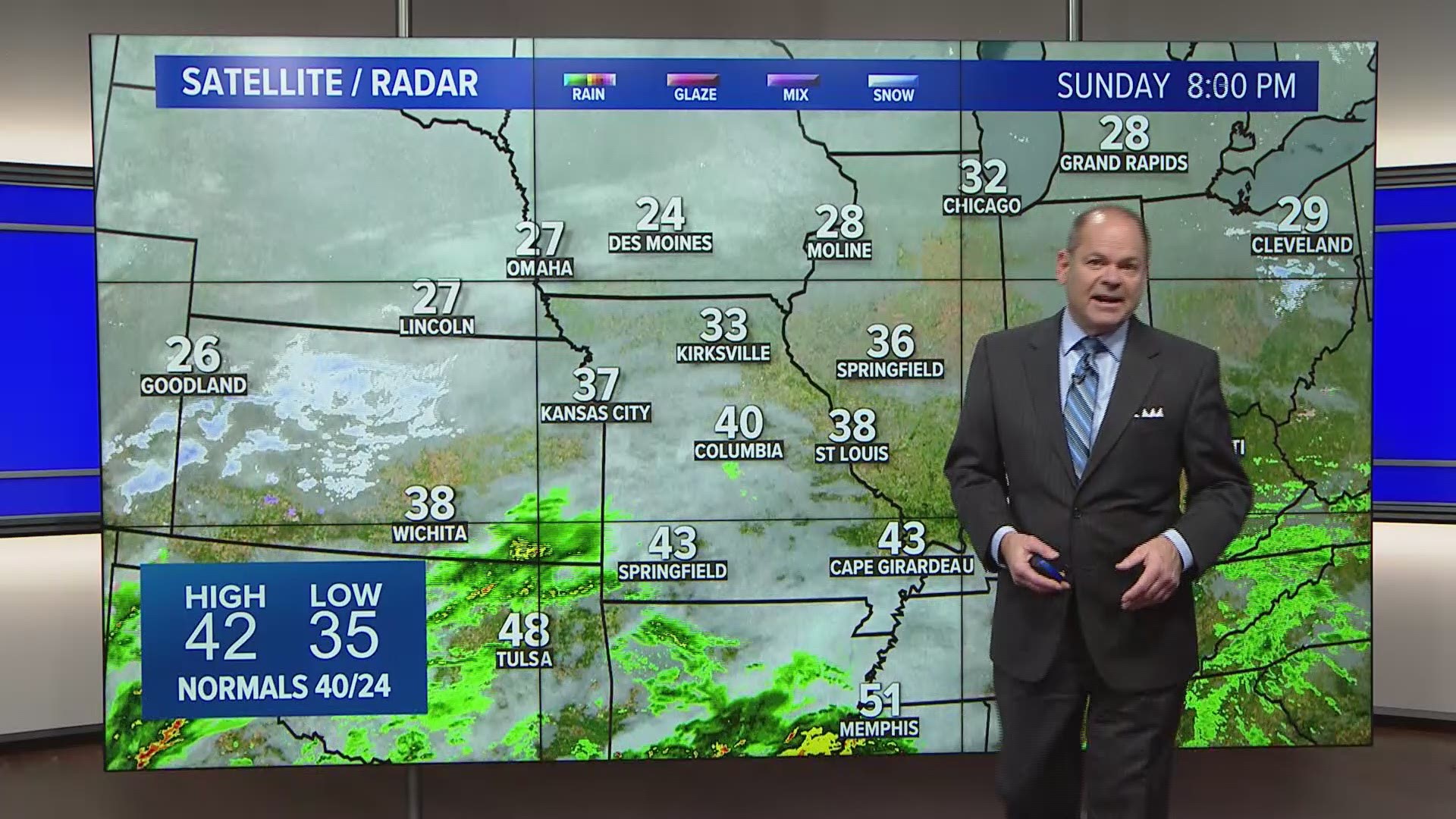 ST. LOUIS — Showers and thunderstorms are expanding across Oklahoma, Texas and Arkansas Sunday evening and moving northeast. The area of rain will continue to become more widespread and steady and press into the St. Louis area overnight into early Monday morning.

Some of the rain could be heavy at times during the early Monday commute, especially over southern portions of the region where thunder may be heard.

The second part of the system moves overhead later Monday into Monday night with more scattered showers. Only rain is expected locally since temperatures will remain above freezing while precipitation is falling.

There is a chance along and north of I-70 in Illinois that some sleet could mix with the rain briefly early Monday.

By the end of the day Monday, many areas from St. Louis south will have seen an inch or more of rain. Since the ground isn't frozen and not particularly waterlogged like last winter, flooding problems are not anticipated.

Farther north across northern Illinois back into southern Iowa and far northern Missouri, it will be cold enough for a significant amount of snow to fall. Gusty winds will whip the snow around in those areas making travel difficult. Winter storm warnings stretch from northeast Kansas into northern Illinois.

While most of Tuesday is dry, we are between weather systems and likely stuck with clouds and a few flurries. By Wednesday, another system will be sliding by to the south of St. Louis. It is expected to be a little bit colder at that point with mostly light snow expected. South of the metro, there may be a mix of rain and snow during the day. Any accumulation looks to be on the light side with generally an inch or less possible and most likely to accumulate on grassy and elevated surfaces given the lack of truly cold air.