The river levels at the Archgrounds are starting to return to normal. 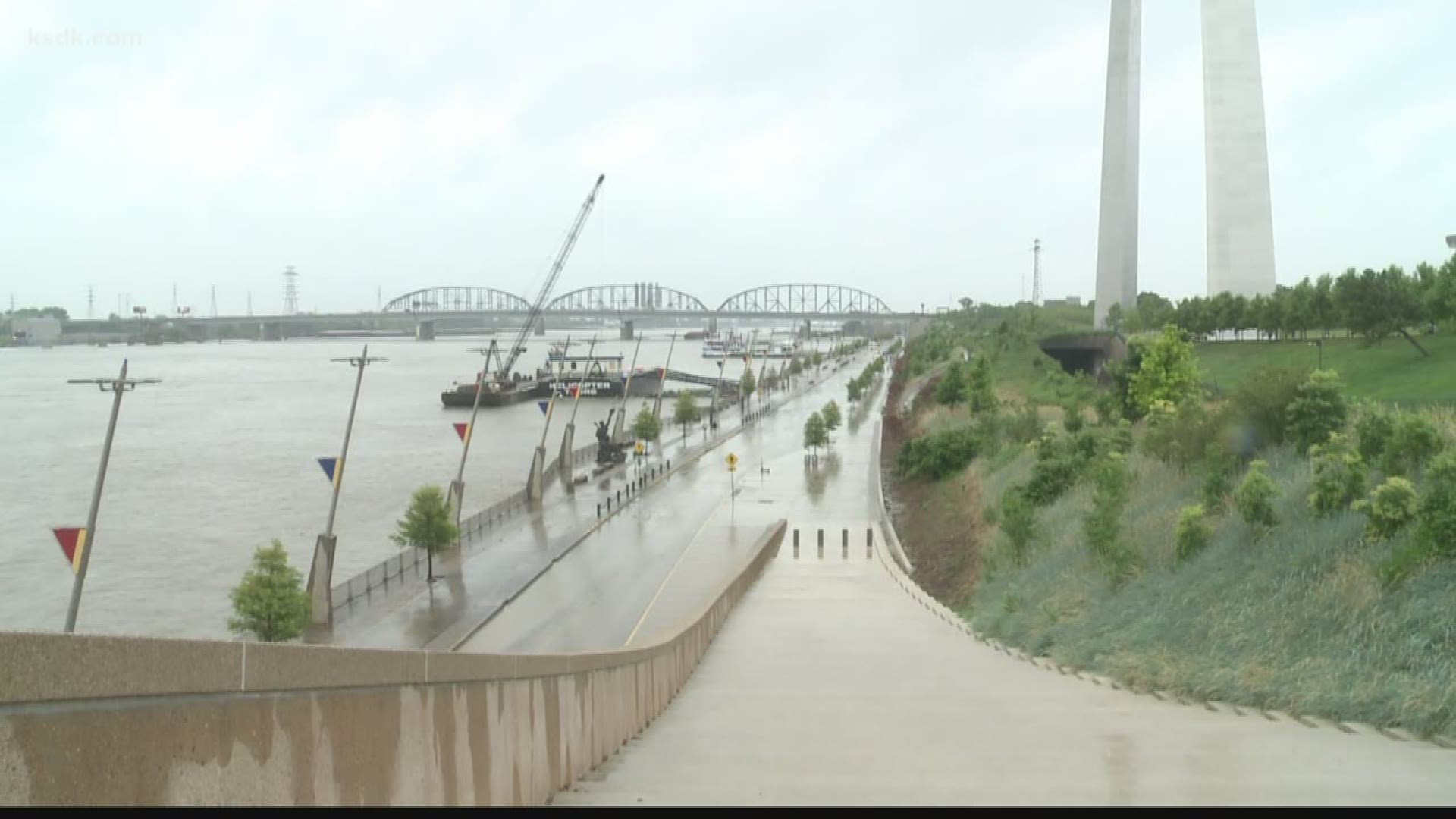 ST. LOUIS — As the Mississippi River drops, the cleanup effort is moving along with it. Now the focus is on the area in front of the Gateway Arch.

"We're down there today trying to get that road opened up, so the Becky Thatcher can start rolling again," explains Todd Waeltermann with the City of St. Louis, "You need to get the commerce going again. They suffered a great loss being closed over a hundred days."

But there are only so many workers for such a large stretch of land to clean up along the city's rivers. Because the city stopped all projects to prevent inland flooding, Waeltermann says they need to catch up before they can start cleaning up.

Crews will be out to remove the sandbags along the River Des Peres but it might not happen until August or September.

RELATED: "We fought it. We won" | Hardin businesses reopen as floodwaters recede

RELATED: 'I have to start over' | Volunteers help Winfield residents gut their homes after flooding