Additional heavier rainfall to the north of St. Louis through Thursday morning is set to force rivers even higher. 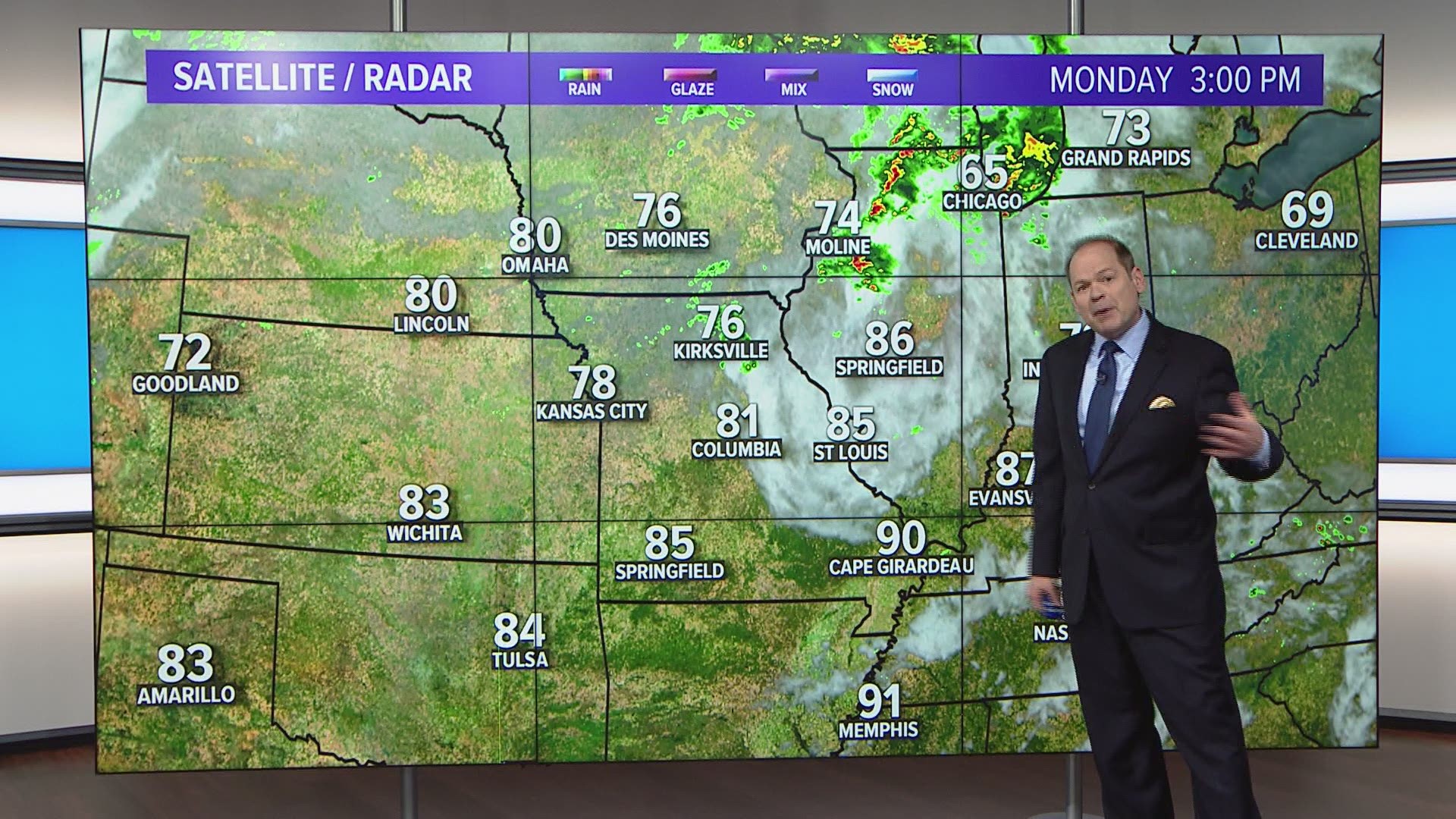 ST. LOUIS — A wet pattern continues to plague the middle part of the country. The Mississippi River remains at or above major flood level in many locations across the bi-state region.

In addition to the rainfall across the region during the last week, the River Forecast Centers used the forecast rainfall through Thursday morning in computing the river forecast stages.

Locally heavy rainfall is expected across northern Missouri into Iowa which will eventually find its way into the Mississippi.

The forecast issued late Monday morning now push the Mississippi River to the highest level since the Flood of '93 for St. Louis as well as Grafton and Alton, Illinois.

RELATED: Get the latest 5 On Your Side forecast

Recent heavy rain over Kansas and Nebraska has kept the lower Missouri River nearly steady the last few days with minor fluctuations. Moderate flooding will continue along the Missouri River into this weekend.

Use the interactive map below to find the latest river observations and forecasts, and if you're having trouble viewing it, click here.

Backwater from the Mississippi is pushing the lower Meramec higher as well. Major flooding continues in Arnold. The upper Meramec, where many people take float trips, remains well below flood stage and is not impacted by the current flooding farther diownstream.

The Cuivre River and the Illinois River will remain high until the Mississippi River begins to fall.

It may be the middle of June before the water finally goes down. That assumes that the wet pattern eases.