Once the town’s flooded businesses re-open he is hopeful tourist will return and also support the town. 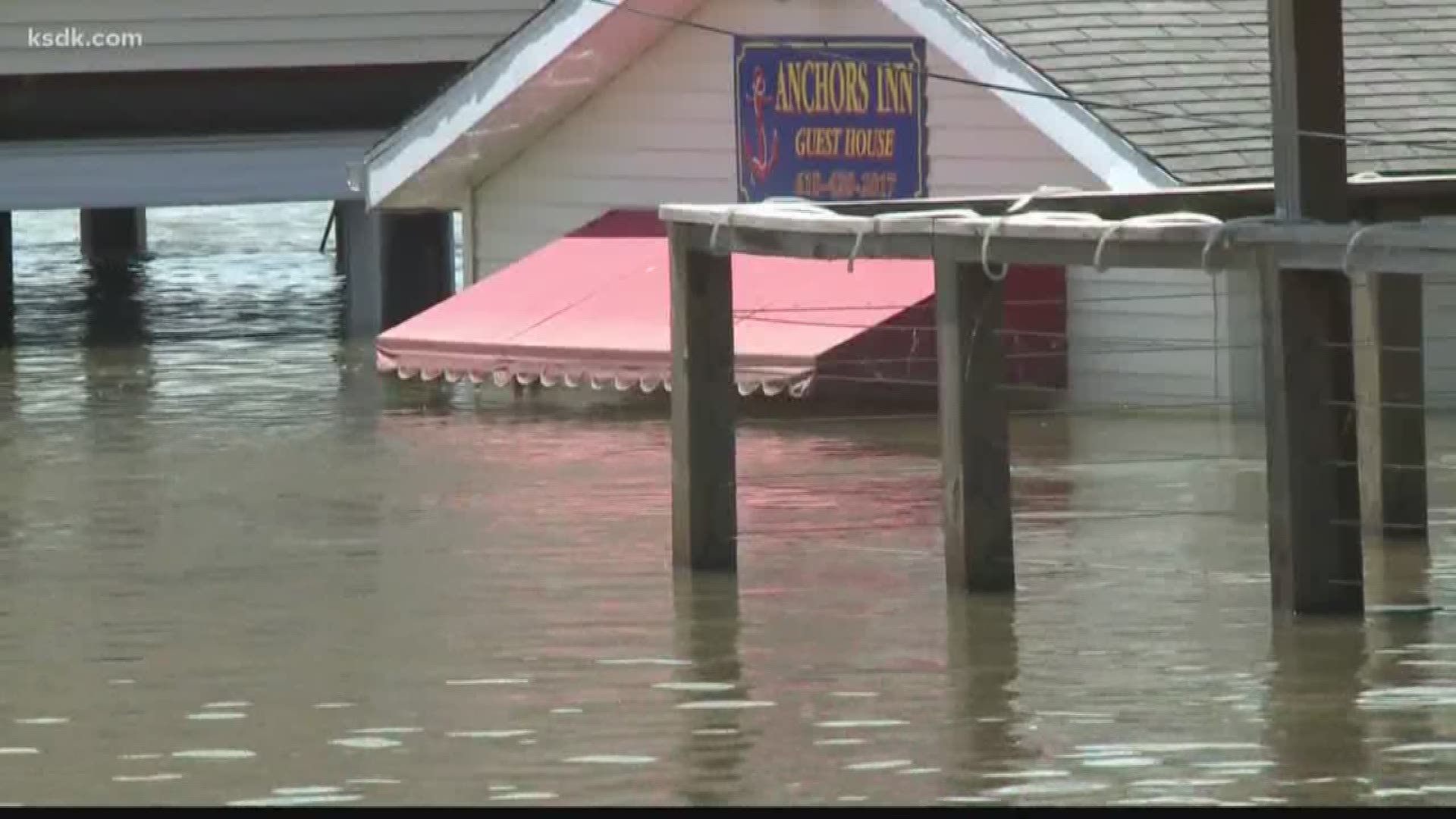 GRAFTON, Ill. — In Grafton main roads remain underwater, splitting portions of the town into pieces and requiring drivers to take alternate routes to reach certain businesses and homes. Some once simple drives of a few minutes can now take 10 to 20 minutes.

Some residents are using boats to reach their property, which once was on the waterfront and is now on the water.

Water pumps at the town’s United Methodist Church are stopping the water from going any higher. As of Tuesday morning, church staff said 3 to 4 feet of water was inside the building.

Grafton's mayor said the floodwater recently crested at 35.1 feet, a level only seen once before.

“It blew by the second [record] which occurred in 1973,” Mayor Rick Eberline said.

Over the last several days the flood water has come down approximately a foot, according to Eberline.

Based on reports he has received, he believes clean-up efforts could begin in late June. That would give businesses which are currently underwater a shortened tourism season and allow them to cash-in on the upcoming holiday.

“We need the Fourth of July,” Eberline said. “On that weekend that will bring for our fireworks, it usually brings 10 to 15 thousand people and a lot of people make a whole weekend of it here.”

RELATED: Grafton wants to fight snakes and mold with bleach

RELATED: Revenue in Grafton is down 80% due to flooding, mayor says

The Catholic church though is the second church underwater.

Church staff member Bryon Labeau says volunteers and church members recently went into the building with scaffolding and raised pews, the altar and other items.

They then floated into the church days later on canoes to assess the damage after several feet of water covered the floors.

“There will be the mud residue from the water. We will have to repair the walls up about 2, 3 feet, and repaint and clean. Refinish the floors, things like that,” Labeau said. “The pews, alters all got elevated, so they should all be OK."

Eberline said surrounding communities and people in other states have been supporting the small waterfront town.

“We’ve got little kids operating lemonade stands and sending the profits down here to us,” Eberline said. “$102 and just to see it in that wrinkled envelope with a kid’s writing is just heartwarming.”

Once the town’s flooded businesses re-open he is hopeful tourist will return and also support the town.