Neighbors spent weeks building and maintaining a secondary levee in Nutwood. It failed Monday. Now they're tearing down the levee to let flood waters drain out. 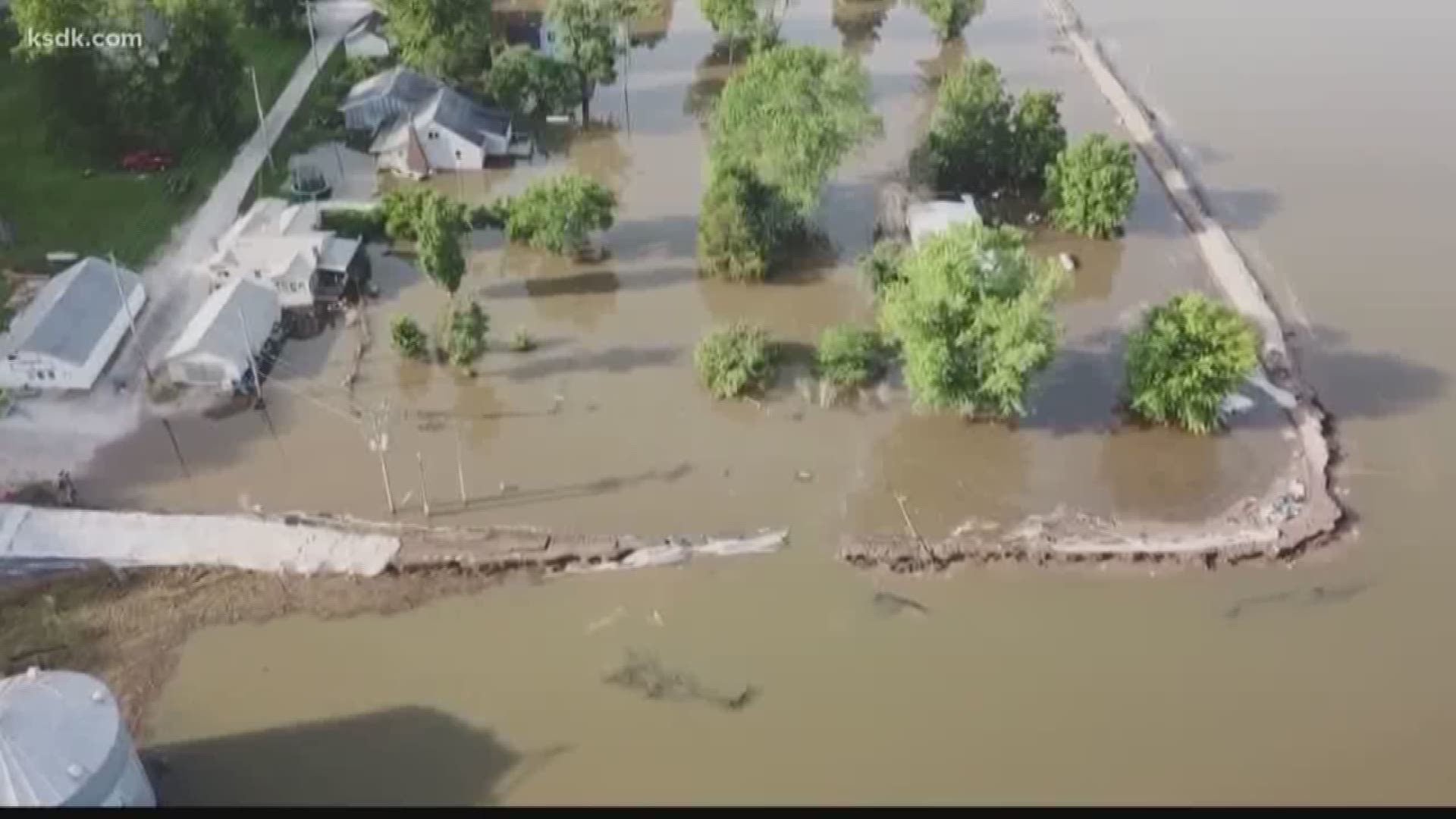 "The water was a lot higher when we started opening it up," Ontis explained.

They're on the low side of the levee taking apart the wall that once filled them with so much hope as a way to drain out the flood waters that overtook family homes Monday morning.

It's a short ride to the other side of the levee where there are now several large holes letting in river water, and the flooding grows deeper the closer you get.

Crews were reinforcing the wall Saturday, laying down plastic sheets and piling sandbags on top. But the wind turned and sent waves directing at the makeshift floodwall, repeated blows it could not withstand.

The wall broke Monday, and water filled the dry side of the levee in about six hours.

"I'm used to flooding," neighbor Drew Czaia said. "It floods all the time, but never this bad."

Czaia hauled sandbags and helped build the levee, but his drone video that shows the wall falling apart got the most attention on social media.

"When I saw how the plastic had blown off and was eating it away, I was thinking, 'all that work for nothing,'" Czaia said.

Flooding damaged the homes closest to the wall. Ontis says if the wall had held for one more day, they would have been in the clear.

Now they're waiting and watching as the water drains.