Volunteers filled sandbags on Highway M in Barnhart to try and save a home, but it ended up being another victim of the flood. 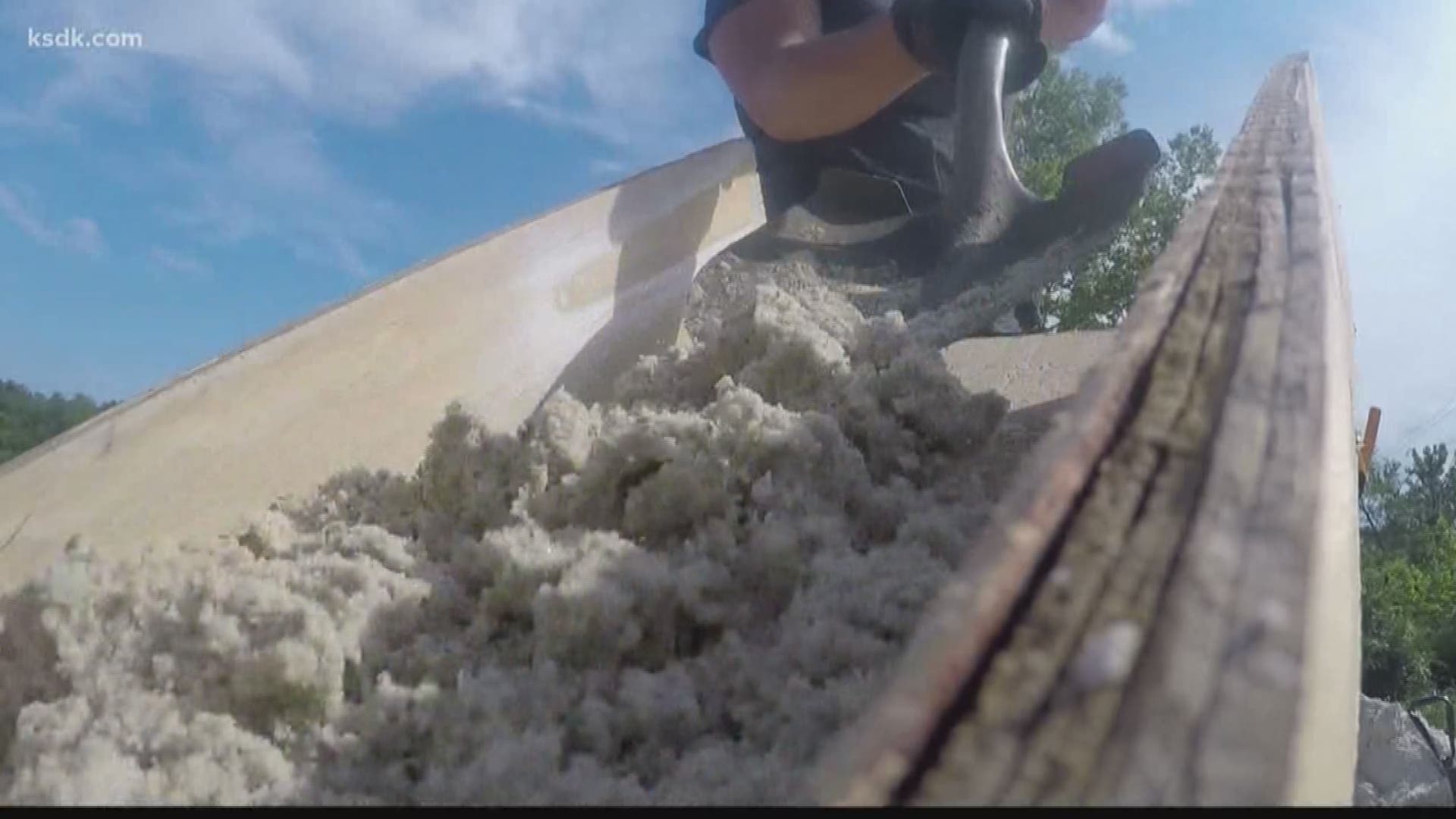 BARNHART, Mo. — Where the road turns to water in Barnhart, you'll find volunteers like Penny Goldacker.

"I haven't had a day off in like 13 days, but this is more important to me than just lounging around in my house," Goldacker said.

They're filling sandbags to send down Highway M. There's a house on the other side of the flooded road that's just barely hanging on.

Thomas Robinson gave 5 On Your Side a ride to the home, a journey he's made countless times over the past weeks. But while we're in his boat -- between one group and the other for maybe 5 minutes -- the wall failed.

The house everyone wanted to save was taking in water, and the calls for sandbags ended. Now, they need plastic containers to move items to dry land.

"There's a lot of money being spent to do this and it seems like it's all for nothing," Robinson said.

Nearby, crews in Kimmswick are holding their ground after they found a leak behind Smokee Robinson's restaurant.

The city's levee isn't permanent, but it's built to contain the river at 49-feet. The Mississippi's predicted to crest around 46-feet, but there's another concern: extreme pressure from this long-term flood event.

RELATED: Kimmswick adds on to their levee as new crest projections rise

Mayor Phil Stang said they're filling holes as they find them.

"We wrap it in plastic, we put sandbags all over it, and then we watch it all the time," Stang said of Kimmswick's levee. "I don't know of a levee that's been built that way that doesn't have some seepage here and there."

One of the people keeping watch, Smokee Robinson's owner, said he won't be able to open on Wednesday since the steps to their walk-in cooler are gone.