The homeowners don't have flood insurance. And they don't live in areas you typically think would need it. 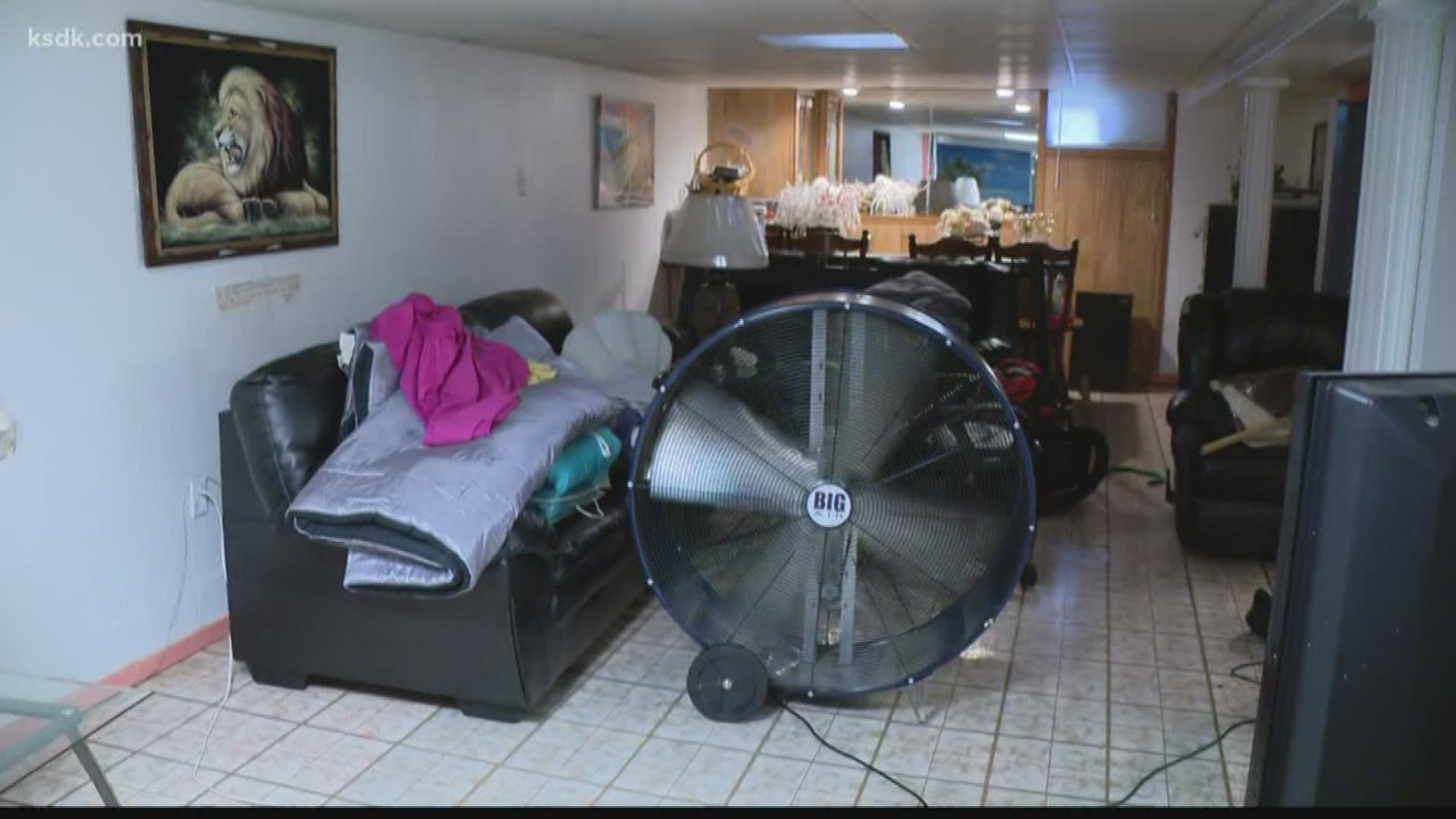 Nearly 200 people are picking up the pieces around the St. Louis area after torrential rain caused sewage water to flood their homes.

Many will be on the hook to pay for major repairs because they don't have flood insurance, and they don't live in areas you typically think would need it.

Now, however, some of these homeowners have clean up bills that could run tens of thousands of dollars.

Rose Spicer said she's been working to clean her basement in Spanish Lake for days. She fell on Tuesday because the floor is slippery.

She showed Five On Your Side what she had to throw out: nearly everything in her basement, including couches, tables, a washing machine and a dryer.

Someone was fixing her air conditioning on Wednesday afternoon. It has not worked since Monday morning.

She said she thinks the damage will cost her $15,000. She used to run a daycare. Now she's retired. She lives in a low-risk flood zone. She does not have flood insurance.

She said she is thinking about taking out a loan.

A local insurance agent told Five On Your Side that many in the low and moderate-risk zones do not buy insurance because of the price, which can run several hundred dollars per year.

However, MSD reports one in five flood insurance claims come from people in low or moderate-risk zones. A spokesman said flash flooding and torrential rain can potentially put homes, even not by a body of water, in danger of flooded sewage water.

MSD has a campaign to raise awareness about flood zones. To learn more about the program, click here.

She said she has flood insurance, even though at first, she had questioned why she had it since she was not in an area that sees flooding.

However, she has concerns, too.

"My insurance goes up. I file a claim, of course my price is going to go up," she said.

She said she's nervous what will happen to her insurance because the past few years, she has filed multiple claims about sewage water flooding.

An insurance agent in the St. Louis area confirmed that multiple claims within a short period of time can affect pricing.

In both Clarkson Valley and Spanish Lake, homeowners said they have dealt with multiple floods with sewage water in recent years.

On Monday, Five On Your Side reported about the flooded basements in Clarkson Valley, just outside Chesterfield.

Multiple homeowners expressed frustration. Amy and Tim Krebs estimated a bill of $50,000. Melissa Frazier-Gaitan estimated $30,000 in damage. They said, along with Spicer, that MSD is responsible.

The Krebs and Frazier-Gaitan called for MSD to cover the cost of their damage.

As a result, MSD offers basement backup assistance to these homeowners, which would grant them $3,000.

Frazier-Gaitan and the Krebs family do not have flood insurance.

The organization did pledge to look into what could be causing the problems in both communities.