Roads are slick and the snow is piling up in the St. Louis area 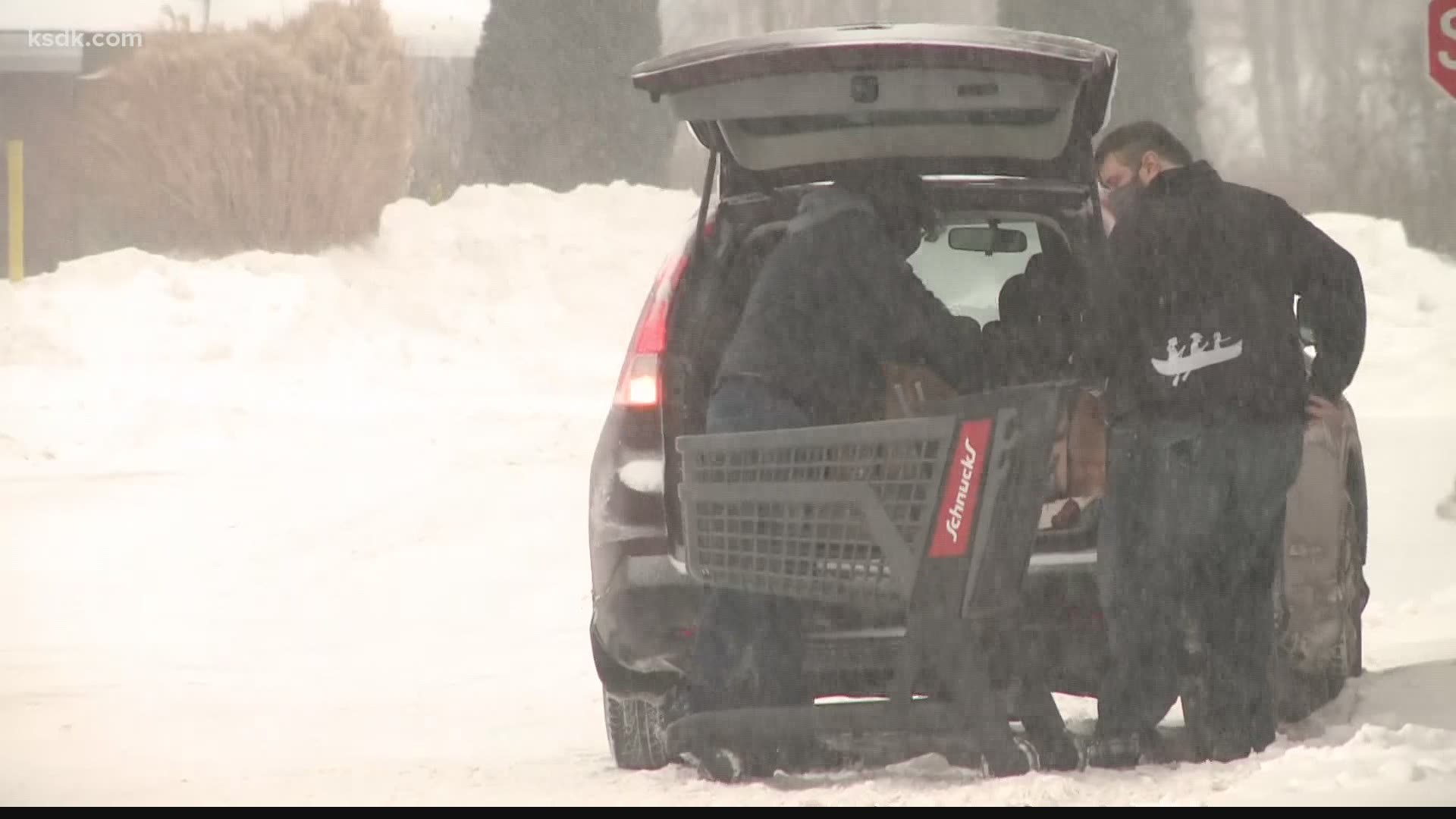 A spokesperson for Dierbergs announced all stores would close early Monday for the safety of employees and customers. Stores will close at 6 p.m. They plan to reopen for normal business hours Tuesday.

Schnucks stores in the greater St. Louis area will close at 8 p.m. They plan to reopen Tuesday at 6 a.m. or their normal opening time, whichever is later.

One of the people making a quick stop in the Columbia, Illinois, Schnucks Monday evening was Tom Cavins.

A truck driver, he said he's used to the snow-covered streets but had some advice for those less experienced with the slippery surfaces.

"I've been to a lot of places in a lot of bad weather, but this is probably the worst I have seen in years. It's really terrible. Even in a front-wheel-drive car, sliding around everywhere. So be extra cautious," he said.

An Instacart shopper, Christian Neu was unsure if he'd be able to fill many orders Monday evening after the company sent "a few warnings saying that we may be shut down due to the severe weather." But he was able to make at least one run before the stores closed.

"Hopefully, I can get as many orders in as I can while I got the time," Neu said.

The grocery stores are the latest major establishments in St. Louis to announce closures.

All St. Louis City buildings, including City Hall, will be closed Tuesday.

The Gateway Arch and Saint Louis Zoo announced Sunday they would be closed Monday due to the severe weather forecasted in the St. Louis area.

An Arch spokeswoman said the facility and museum will be closed due to inclement weather. Anyone with a Tram Ride to the Top reservations is being contacted to reschedule. The Arch would be opening late Tuesday as well.

The Zoo said it will be closed due to the weather. Only staff directly related to critical operations will be reporting to work on Monday. The Zoo will remain closed Tuesday as well.

A winter storm warning continues across our area Monday afternoon. Areas of heavy snowfall, with 1-2 inch-per-hour rates are spreading across the St. Louis area and points east and south.

Our heaviest snow will be Monday afternoon in the metro area before pushing to the northeast this evening. Additional light snow will continue into Monday evening before tapering to flurries by midnight, but the majority of the accumulating snow will occur during the afternoon.