‘TURN OFF YOUR AIR CONDITIONING UNITS. There is a chemical fire,” Gov. Edwards said on Twitter. 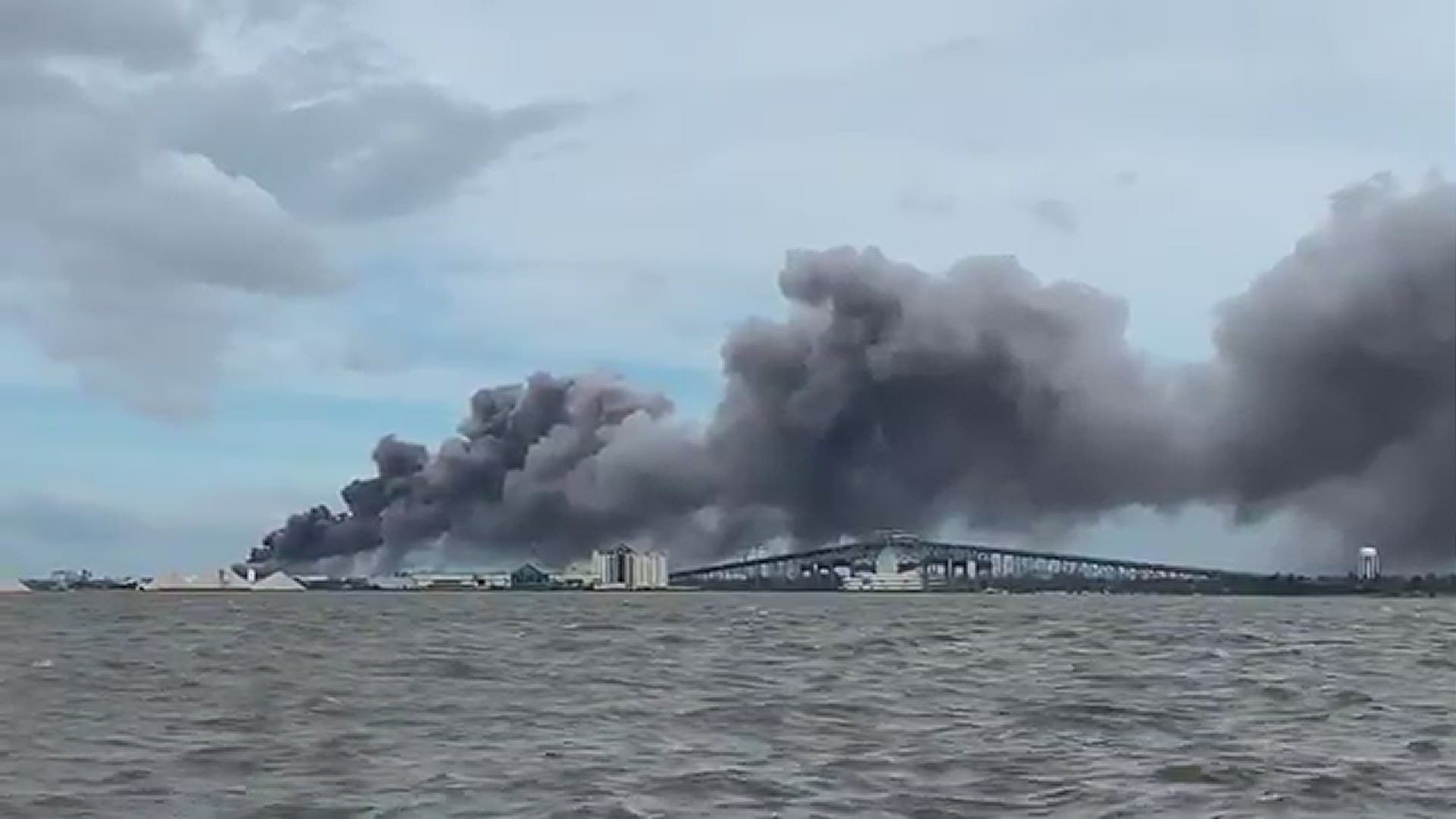 Louisiana Governor John Bel Edwards urged residents in the Westlake, Moss Bluff and Sulphur area to shelter in place until further notice and close their doors and windows.

"During the weather event last night an undetermined amount of the product began to react and decompose, the cause is still under investigation," Deputy Secretary Kevin Reeves with Louisiana Department of Public Safety. "As this type of Chlorine begins to decompose, it generates heat and it began to burn releasing Chlorine gas into the atmosphere".

The BioLab crew tried to extinguish the flames but was unsuccessful and called the state police who issued a shelter in place order.

The company is working with local and state officials and the Department of Environmental Quality to extinguish the fire and monitor the air quality.

‘TURN OFF YOUR AIR CONDITIONING UNITS. There is a chemical fire,” Gov. Edwards said on Twitter.

Troopers have shut down parts of Interstate 10 at the foot of the bridge over the river as a precaution.