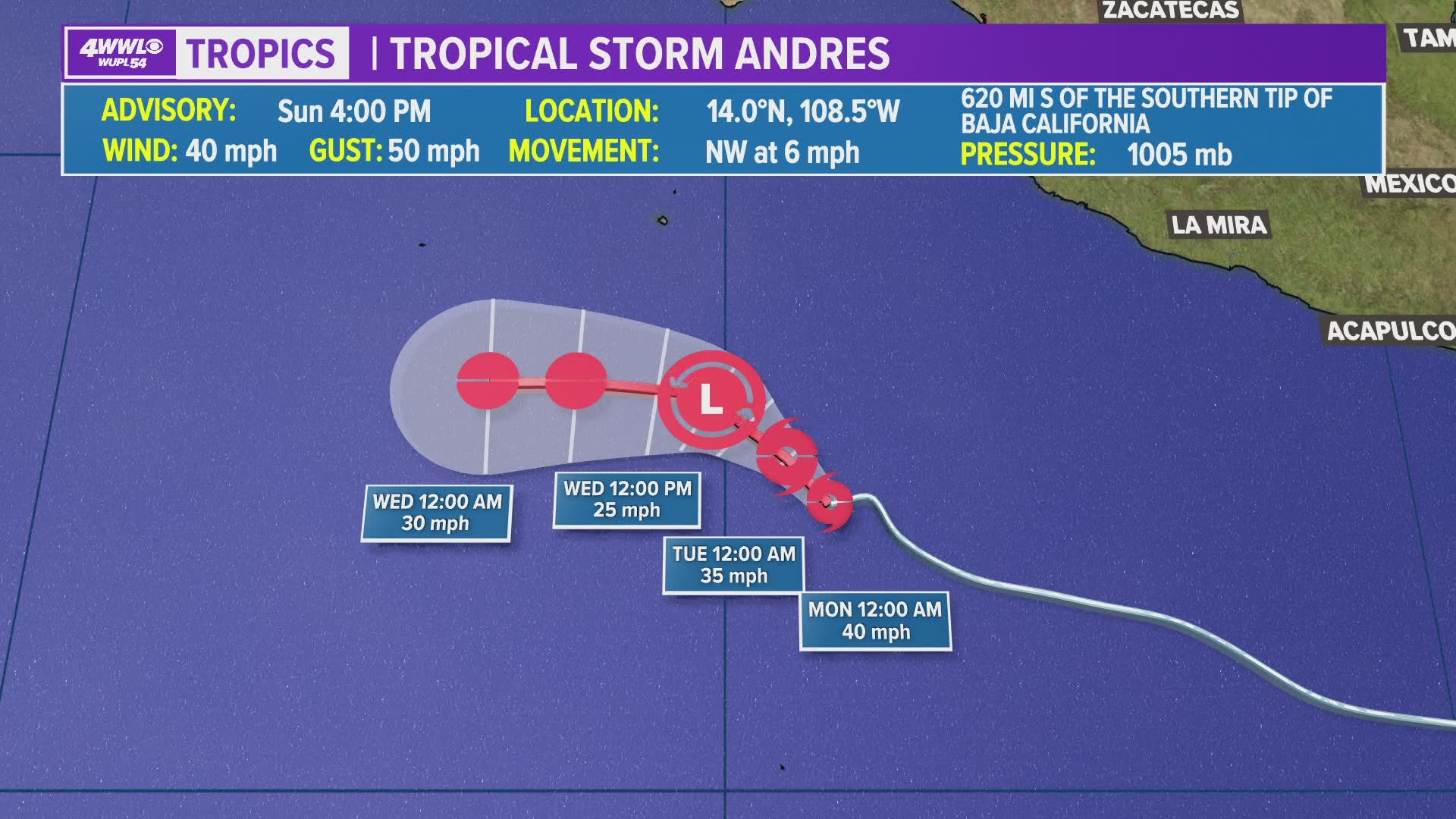 NEW ORLEANS — Things are getting active early over in the Eastern Pacific.

Tropical Storm Andres formed Sunday south of Mexico, six days before the official start of the Eastern Pacific hurricane season on May 15. It is the earliest tropical storm on record there.

Andres is not a threat to land. It will move west and dissipate. Some moisture in the mid-levels will travel north and east and add moisture to the Gulf coast area by the middle of the week.

Over in the Atlantic, there are no stirrings of tropical cyclone activity yet. The Atlantic hurricane season begins on June 1. The first name on the Atlantic season list is Ana.

After a record-breaking 2020 hurricane season, we now know the Greek alphabet will no longer be used to name storms.

The World Meteorological Organization (WMO) announced the Greek alphabet will not be used in the future because is "creates a distraction from the communication of hazard and storm warnings and is potentially confusing."

There has been only one other season that used the extra set of names and that was in 2005. The World Meteorological Organization released a new set of supplemental names that will be used if the season exhausts the standard list.

The committee also retired four storm names. Dorian, which slammed The Bahamas in 2019 as a category five storms, will be replaced by Dexter. Laura was retired after hitting southwest Louisiana as a category four storm.

Hurricanes Eta and Iota were also retired after impacting Central America in November. Iota was the latest category five hurricane on record in the Atlantic Basin. Hurricane season 2021 begins on June 1st.

► Track the tropics with live updates delivered directly to your phone. Text APP to 504-529-4444 to download the FREE WWL-TV News app now or find us in the iOS App Store or Google Play.

New Orleans News from WWL - Apps on Google Play
Stay up-to-date with the latest news and weather in the New Orleans area on the all-new free WWL TV app. Our app features the latest breaking news that impacts you and your family, interactive weather and radar, and live video from our newscasts and local events.