The Lake of the Ozarks is freezing over 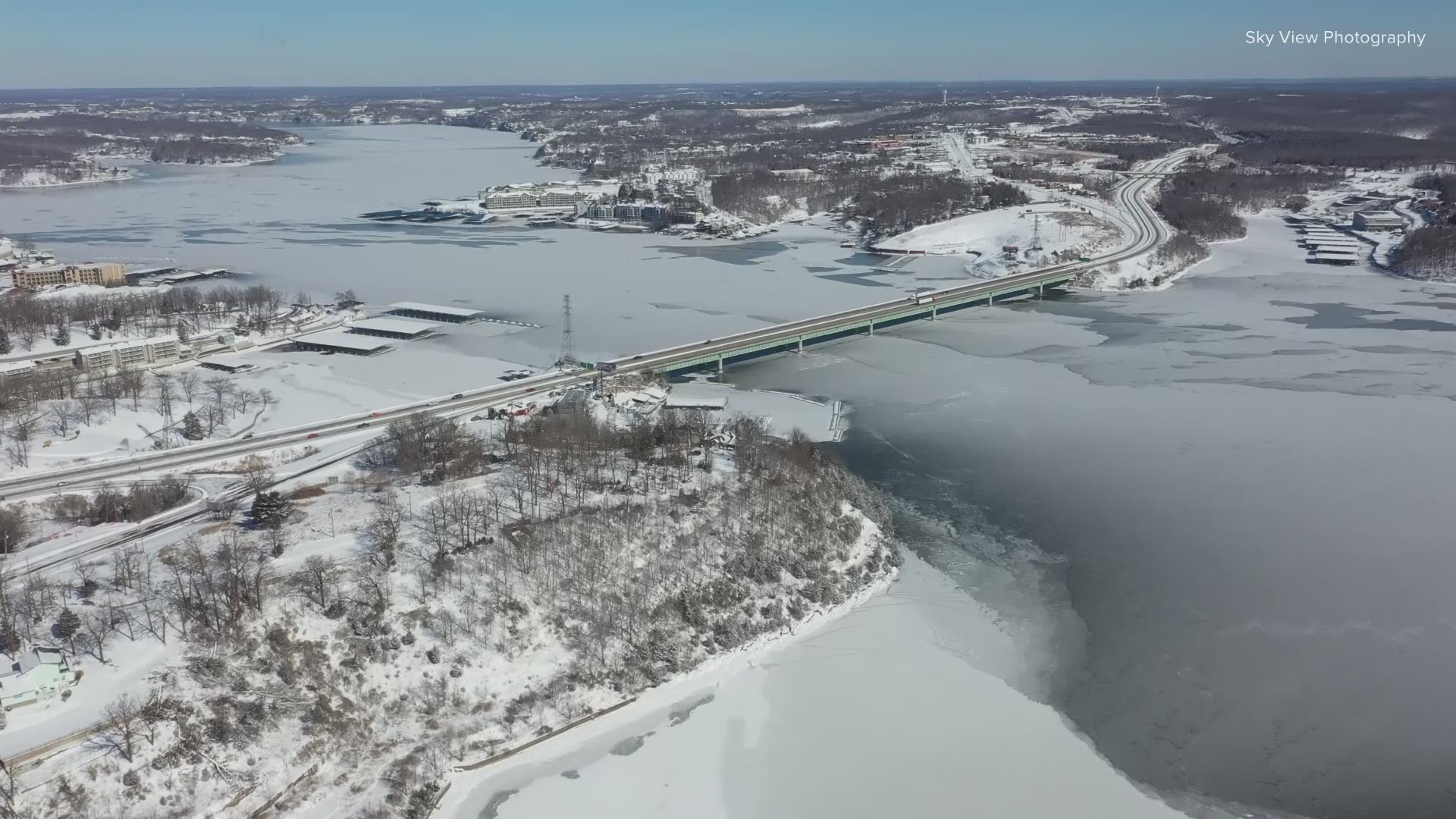 CAMDEN COUNTY, Mo. — It’s a sight many residents around the Lake of the Ozarks haven’t seen in years: the lake is frozen over, seemingly from one cove to the next.

The Missouri State Highway Patrol Troop F shared a photo taken by one of the patrol’s marine officers at the 16-mile mark that showed a huge sheet of ice covering the lake.

“He said it’s been years since the lake as been frozen from shore to shore,” the highway patrol said in the tweet.

Daniel Carnahan with Sky View Photography got a first-hand look at the frozen tundra and shared his photos and videos with 5 On Your Side. He flew his drone over the lake Tuesday morning.

Photos: Frozen Lake of the Ozarks

The icy white landscape makes it hard to imagine the summer party season (however that might look this year with COVID-19 continuing) will be in full swing in about three months.

Hydrologist Mark Fusch told 5 On Your Side the temperature of the lake’s surface was 41 degrees Thursday. The water gets colder the deeper it gets. This is the coldest temperature it’s been all winter. At the start of 2021, the lake was 53 degrees.

The Lake of the Ozarks and all of Missouri have endured single-digit temperatures for several days now.

Earlier this week, the St. Louis area saw zero and subzero temperatures and wind chills of 20 to 30 degrees below zero at times.

There is some good news though — the region will see a warmup this weekend with temperatures climbing above 32 degrees for the first time in several days.

Click here for the latest forecast for the St. Louis area.

The rivers in the St. Louis area also are showing the frigid signs of winter. Several viewers shared photos of the Mississippi and Missouri rivers nearly frozen over, with large chucks of ice wading in the cold waters.

You can browse through photos of the rivers in the gallery below.

Drone video over the Lake of the Ozarks: