Moisture is limited so any accumulation will be light 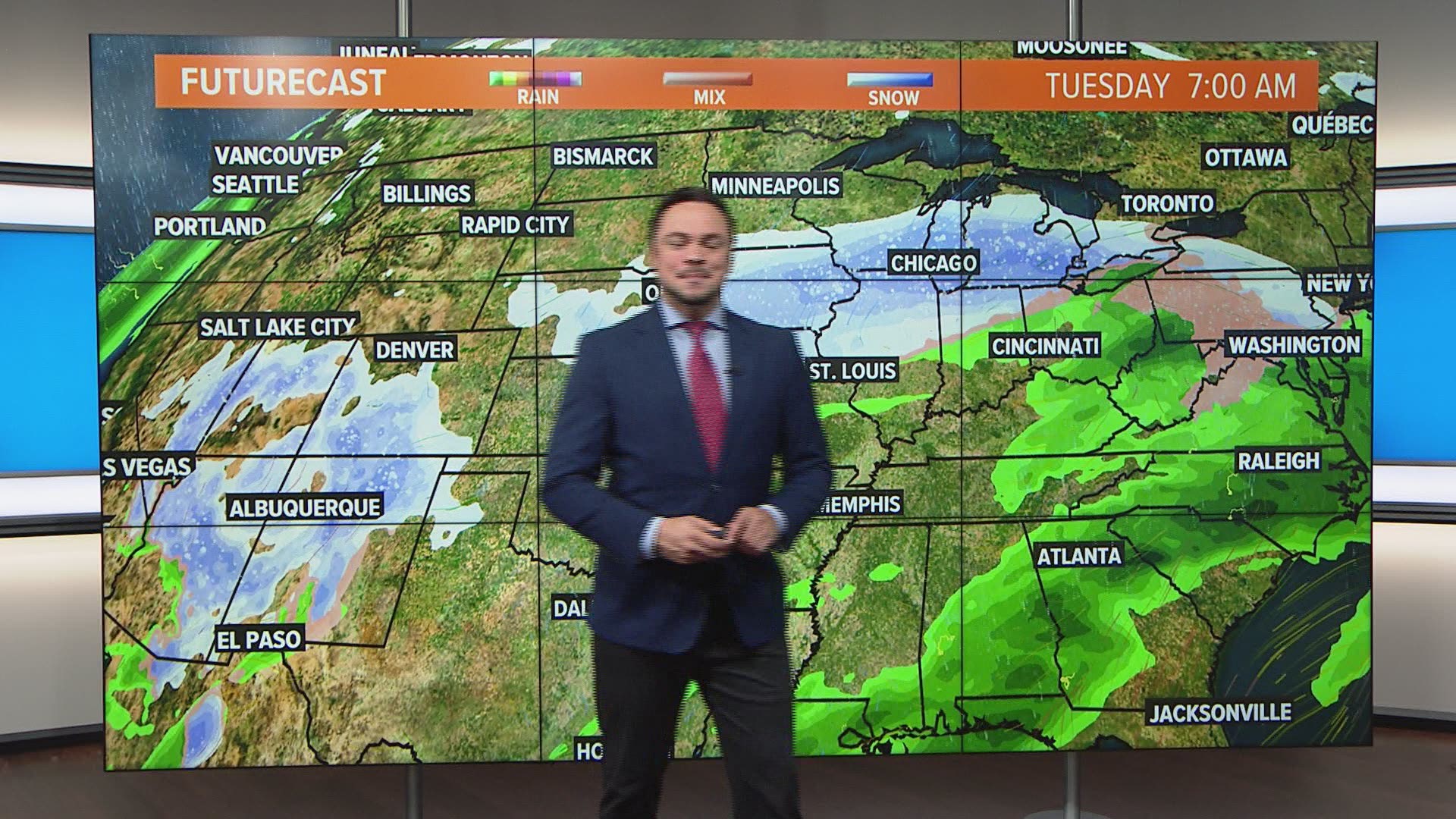 ST. LOUIS — It's been a bit of a snow drought around St. Louis so far this year. The meager amounts of snow we have seen so far have totaled just 1 inch as of Jan. 25. That's nearly 9 inches below the 30-year average.

Wednesday, another system will be sliding by to the south of St. Louis. It is expected to be a little bit colder with mostly light snow expected. South of the metro, there may be a mix of rain and snow at times.

Any accumulation looks to be on the light side with generally an inch or less possible and most likely to accumulate on grassy and elevated surfaces given the lack of truly cold air.

The snow is expected to develop before daybreak over the eastern Ozarks.

This area south and southwest of St. Louis will be the area to watch for any travel problems. With the winding country roads and hilly terrain, any slick spots can quickly cause problems on untreated roads.

Most of the snow will fall before midday with temperatures right around or just a little below freezing. After lunchtime, the area of snow or perhaps a mix of rain and snow will shift east into Kentucky and Indiana.

Another rather impressive weather system will move into the area for the weekend. It will be mainly a rain maker for St. Louis by Saturday afternoon into Saturday night.