The dust has traveled more than 5,000 miles across the Atlantic Ocean and could end up in raindrops that fall in our backyard 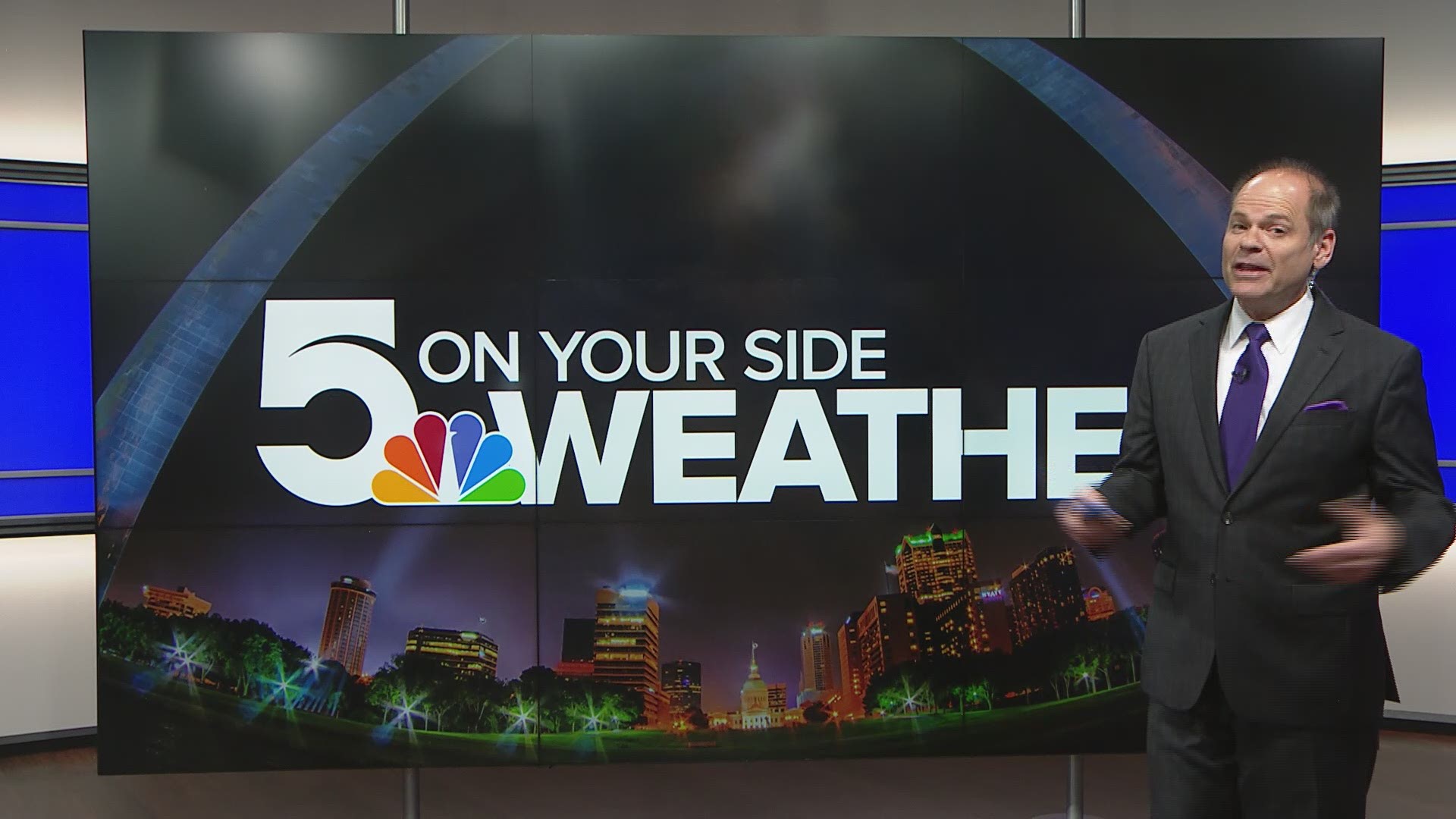 ST. LOUIS — A large area of dust from the Sahara Desert has been moving westward across the Atlantic Ocean during the past week. The dust has spread across the Caribbean Sea and is moving into the Gulf of Mexico.

The dust is part of the Saharan Air Layer that forms in late spring across the Saharan Desert. The very dry, dusty air moves west across the Atlantic every three to five days. This is an unusually large and dense dust plume that has brought hazy conditions to many of the Caribbean Islands.

Most of the dust in this layer is found between 5,000 and 20,000 feet in the sky and often makes for vivid sunrises and sunsets.

By the end of the week, this plume of dust will make its way to the Gulf Coast states.

The upper level winds will carry the plume of dust toward Missouri and Illinois by late Friday night into the weekend. With the chance of showers and storms at the same time as the dust slides over our area, it's likely some of the dust will be captured by raindrops and end up in our backyard.

The Saharan Air Layer is at its peak now through August. By mid-August, it usually diminishes rather quickly.

In the meantime, expect plumes of dust to move west every three to five days from the Saharan Desert across the Atlantic. This also tends to hold down tropical activity in the Atlantic since the air is extremely dry and there is wind shear working against any tropical storm development.