Two of the tornadoes were rated EF3 with winds of at least 136 mph. 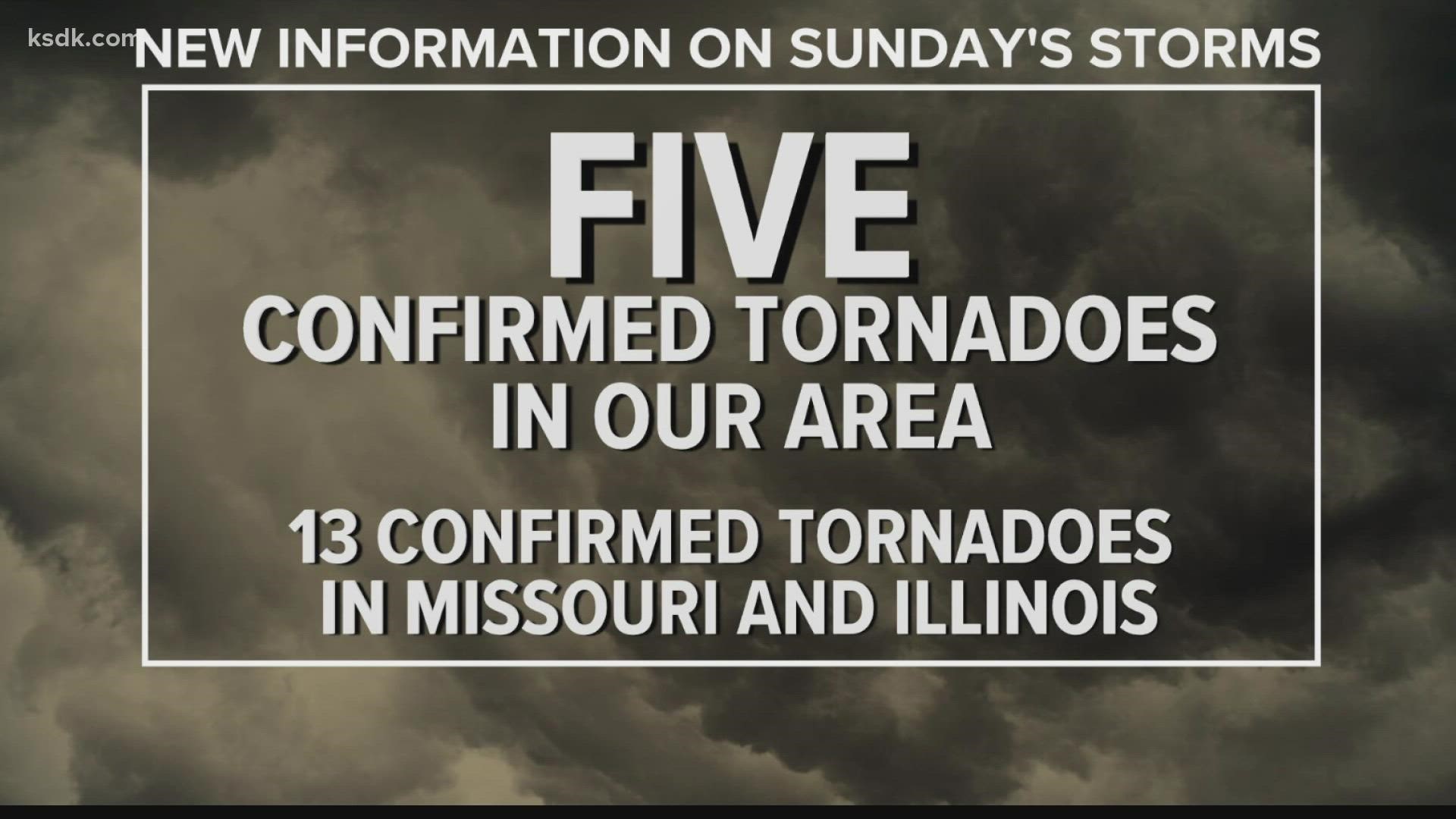 The area saw two EF3 tornadoes, including one that tore through St. Mary, Missouri, across the Mississippi River and over parts of Chester, Illinois, the St. Louis office of the weather service said in a tweet late Tuesday.

An EF3 tornado is considered strong with winds ranging from 136-165 mph.

"It was so close that we felt the shake and it does sound like a freight train," Jennie Moore in Fredericktown told 5 On Your Side.

"We can build another dealership, we can’t replace a person," Fredericktown business owner Gerry Stephens said.

The storms caused power outages and widespread damage to some trees, power structures and some buildings, but left no serious injuries. 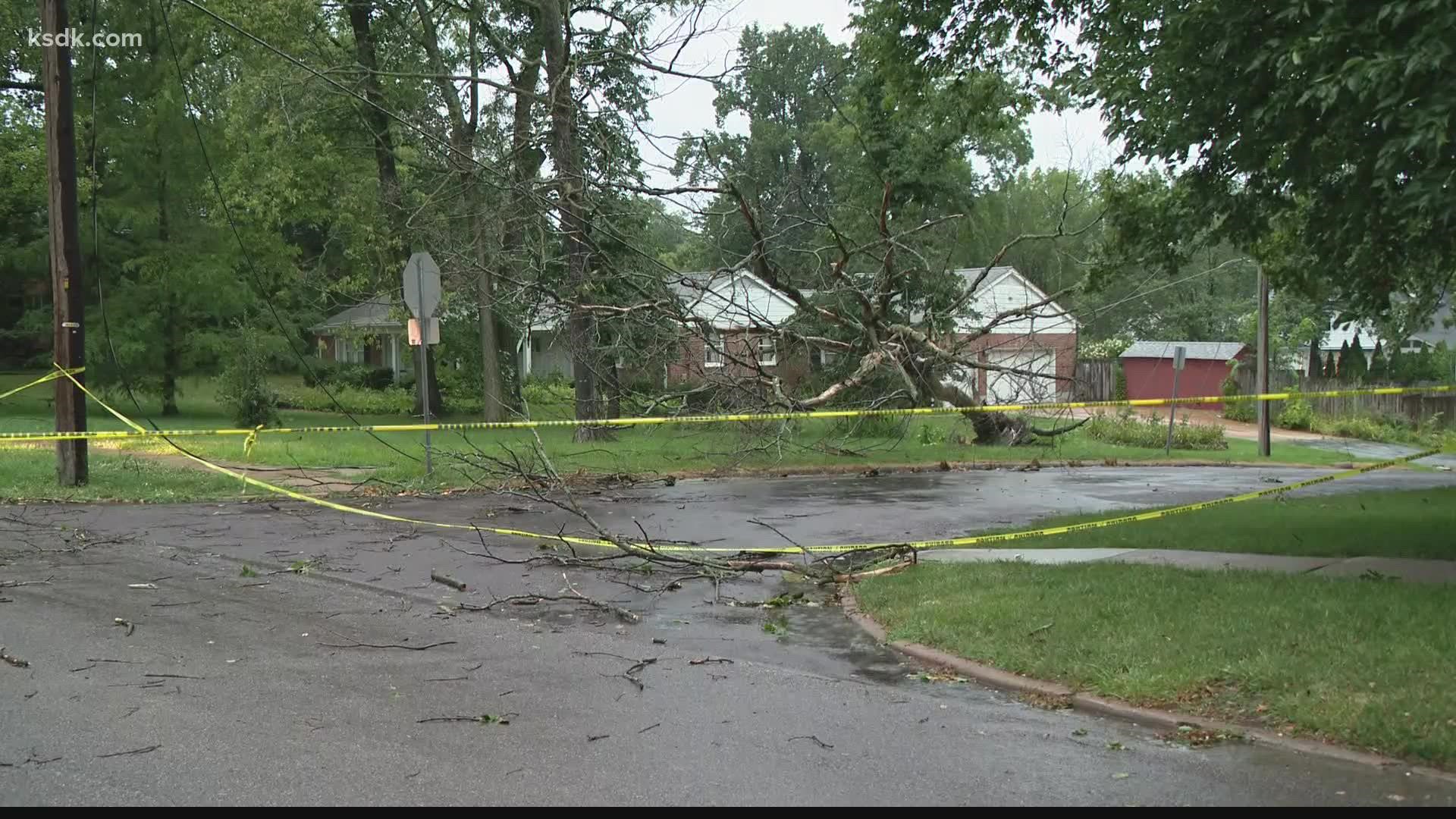 Severe thunderstorms down trees, knock out power for thousands in St. Louis area