Officials estimate that the tornado that touched down was an EF-2, featuring winds up to 115 miles per hour. 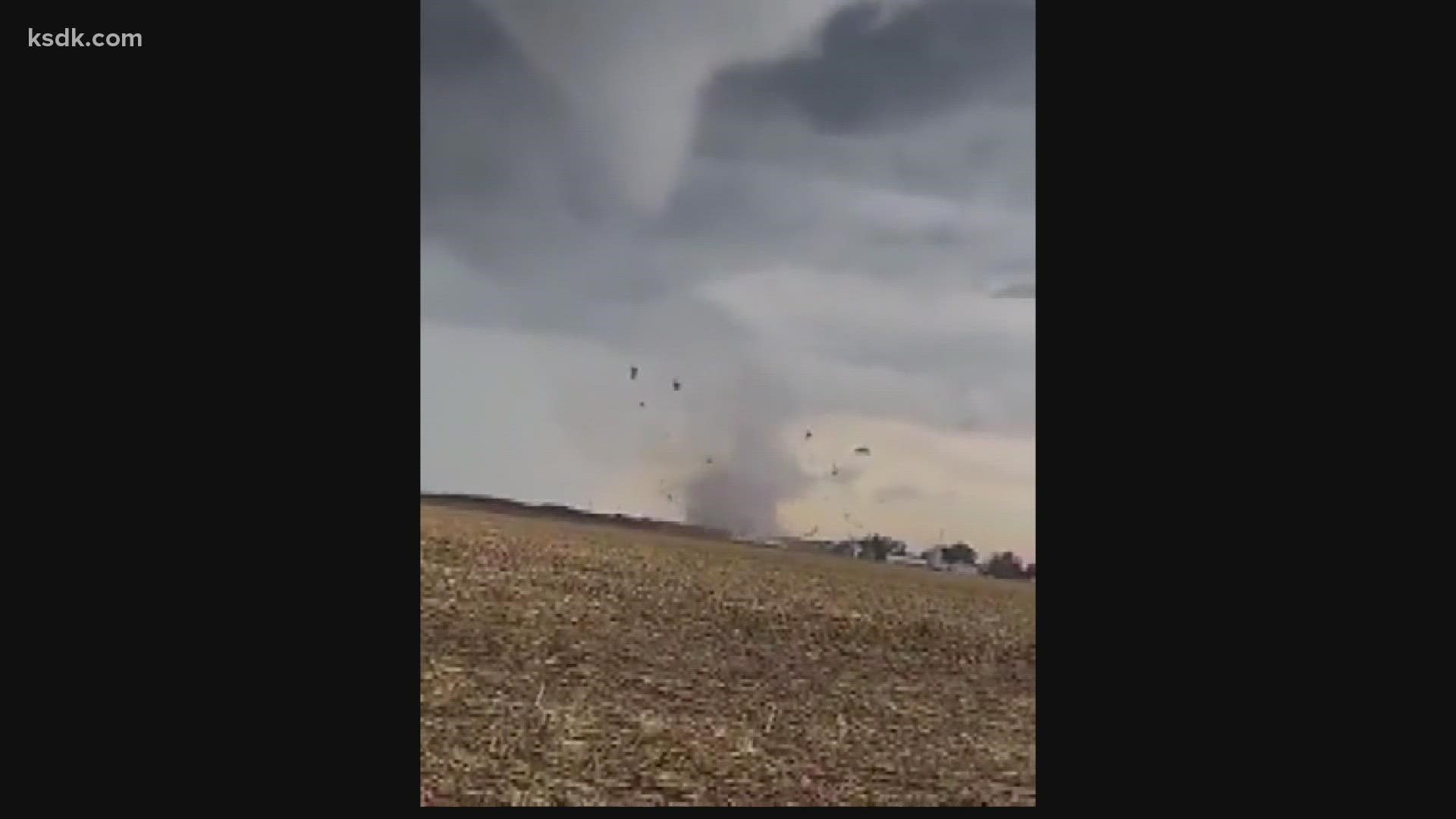 There they met with residents around the town of Wrights.

“It took four seconds for it all to happen,” said Andy Wright. Wrights, Illinois, was named after his ancestors.

“The combine,” said Wright, listing equipment that was damaged. “Four tractors will be damaged, two grain carts which we use on a daily basis in harvest, two grain augers are totally gone.”

Wright and other Midwestern farmers are in the harvest season.

“If you need parts and stuff, it’s hard to get it with COVID,” he said. “They’re not available.”

“This definitely starts giving us an indication of how strong the rating is going to be," Herzog said. "We’re thinking probably in the neighborhood of 100 mile per hour winds, somewhere in there.”

Herzog said that would make the tornado likely an EF-1 or EF-2. The strongest tornado rating is an EF-5.

Meteorologist Alex Elmore showed a map outlining the path of the storm.

“This is the path where we are going to be investigating to see if there is tornadic damage that occurred,” said Elmore.

“The radar can only see in this part of Illinois about 4,000 feet off the ground,” said Herzog. “Anything below that, we just can’t see, so we really need those storm-spotter reports. I think this event really illustrates that because it was the storm-spotter report that got us off the fence on whether to issue a tornado warning, to actually issue it.”

The National Weather Service hosts storm-spotter training each year. Details can be found on their website.