"It was hot. I wanted to stay inside in the air conditioning, but my dog had to go for a quick walk in the park," Jeff Birmes said 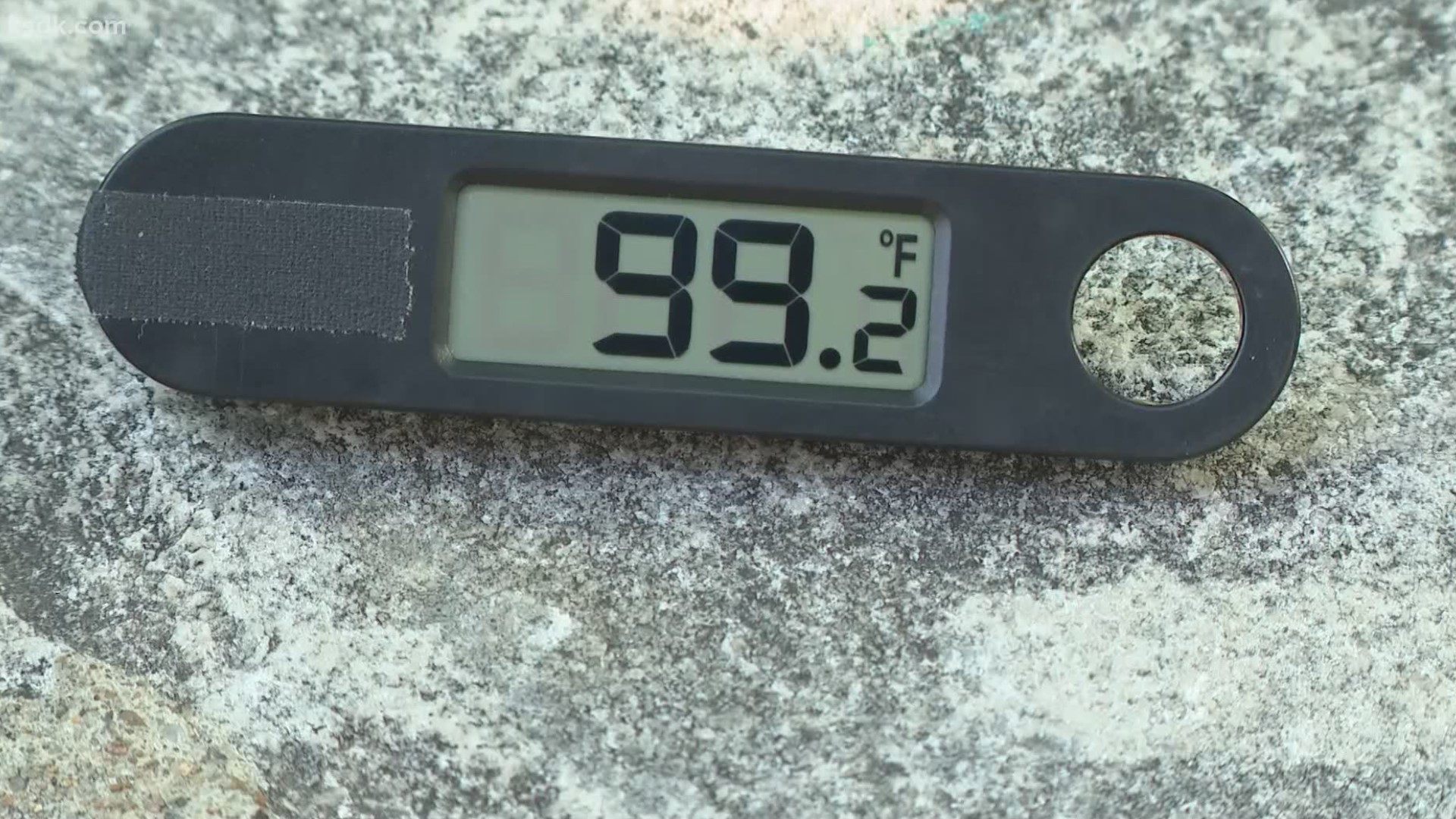 ST. LOUIS — Sasha's on Shaw opened its doors 13 years ago in south St. Louis, and on a hot, hazy Friday night, the folks at the business are marking a first.

"We've been pretty lucky and we want to keep it that way, so that's why we're taking the precaution," said General Manager Joshua Badalamenti.

They're closing their kitchen two hours early all weekend due to the sizzling, summer-like weather that's baking the bi-state area.

"Especially because we're busier on the weekends, so it's way more stressful, lot more bodies back there, so it just kind of gives us a nice little break," Badalamenti added.

The restaurant and wine bar's kitchen has three ovens, and when they're fired up simultaneously, they can take a toll on the cook and his team.

When 5 On Your Side visited the restaurant on Friday afternoon, not one patron sat on the outdoor patio, where the temperature quickly jumped from 97 to 98 degrees.

"I feel confident that it's not going to mess with our weekend sales," Badalamenti said.

As expected on Friday afternoon, the temperature soared to a sweltering, record 101 degrees in St. Louis.

The early dog day of summer didn't stop an unfazed Farley and his owner from pounding the hot pavement at Lafayette Park.

"It's hot out here! I didn't want to come out. He wanted to come out, so I had to take him for a walk real quick," said Farley's dad, Jeff Birmes.

"It's 90 degrees right now in Memphis," said Lindsey Widick, with a big laugh.

The Memphis mom stood in the shade while at Lafayette Park with her pooped pooch.

"I can't believe really it's still spring. In the shade, it's not so bad. I think you kind of have a breeze coming off the water, the small pond, but it's definitely just hot and sticky," Widick said.

Doctors are reminding people to definitely take care of themselves if they're going to be out this weekend in the heat.

Remember to drink plenty of water, wear light, loose-fitting clothes and don't forget to check on the elderly.