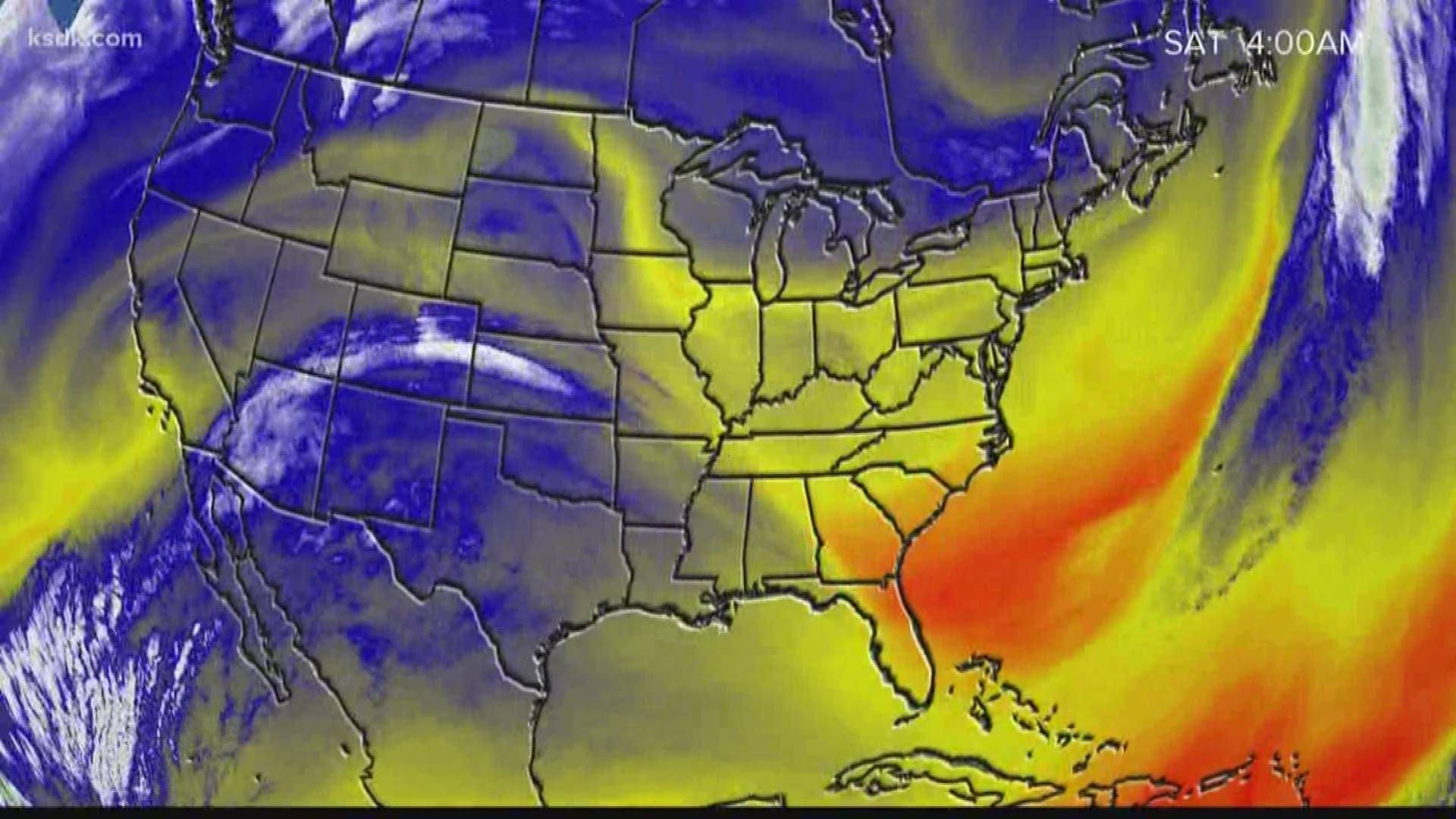 ST. LOUIS — The birds are singing and the buds on the trees are just waiting to pop.

With a few warmer days here and there this past month, you can almost taste spring.

It's only fitting that Six Flags St. Louis Opens in mid-March because we know our temperatures have been on quite the roller coaster this winter. It was cold early in November and then relatively warm for December and January. This winter never saw the temperature fall below zero in St. Louis.

Looking into the Pacific waters, the water is slightly warmer than average but still no El Nino. Without the climate driving force of El Nino or La Nina, we lose some of the predictability of how winds, temperature and precipitation will evolve.

The pattern we've seen through the winter is lingering into the next couple of months, perhaps longer.

With both the northern and southern jet streams in play, that will likely lead to above average precipitation.

The infrequent and limited blasts of arctic air this winter lead to lower chances of snow in March or even early April. Not that it can't snow or won't a little, but the chances it will be cold enough for a significant snow are decreasing.

If you look at this past winter, it was a fight to get the air cold enough for snow in most of our weather systems. That leads to lower chances for those March snows.

RELATED: Ominous signs for spring flooding along the Mississippi River

A big focus will be on the Mississippi River and Missouri River.

If heavy rain occurs upstream, it could combine with the melting snow to produce flooding. The chances of at least moderate flooding are significantly higher than the historical average.

In addition to river flooding, there will be a few systems that produce locally heavy rain. With the ground already wet, that raises flooding concerns in poor drainage areas and areas that frequently flood during heavy rain.

Severe thunderstorms can happen anytime in St. Louis, but the most likely time for severe weather is March through May.

RELATED: January 2020 was the world's hottest January in recorded history

Nothing really stands out this year to indicate it would be a particularly active severe weather season. With the potential of temperatures being above average later in April and May, given the right ingredients, there will be severe threats. Historically, May is our biggest severe weather month for hail and tornadoes.