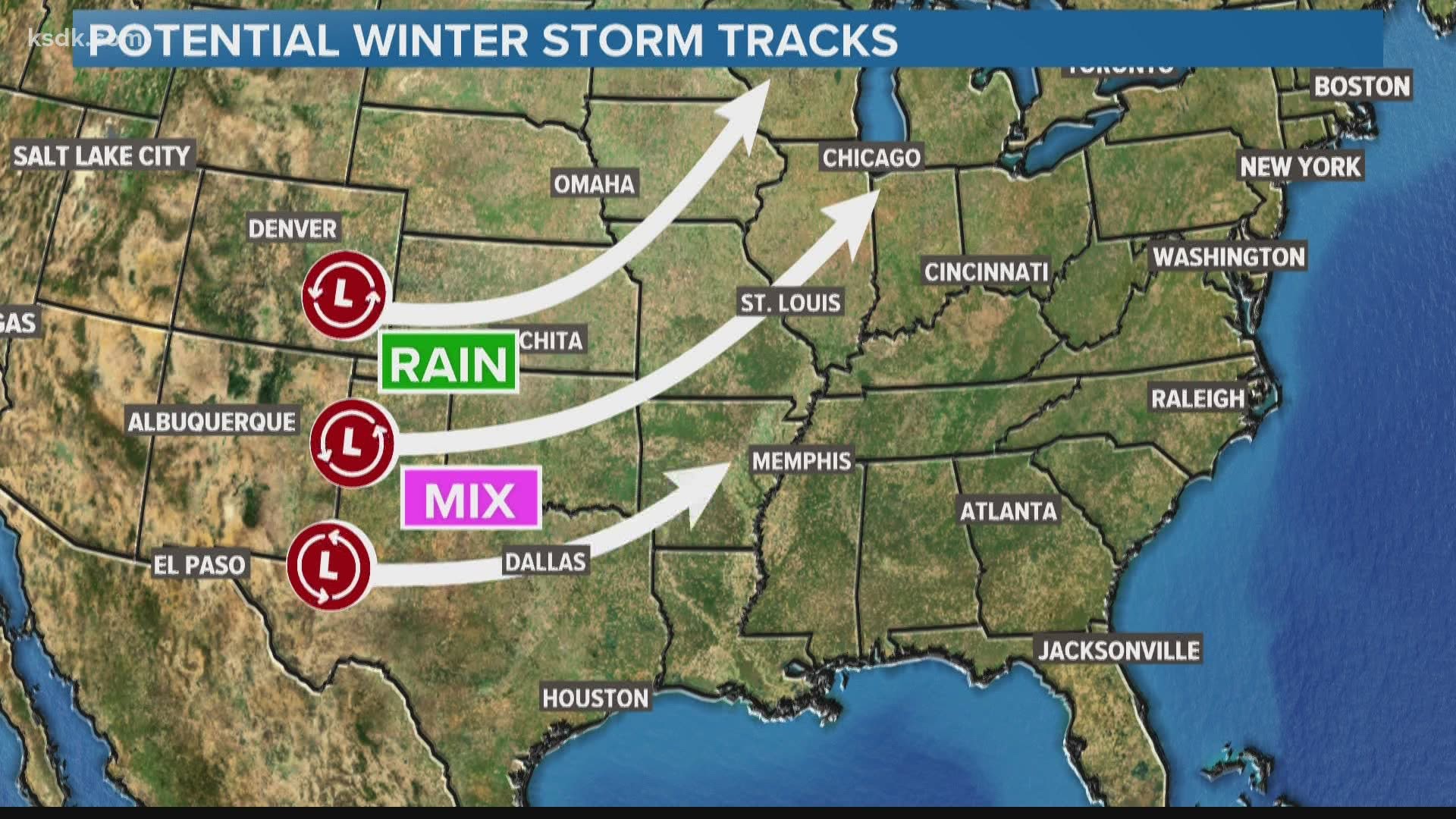 ST. LOUIS — The leaves have fallen and the trees are now mostly bare. Now we look ahead toward December, January and February, our winter months.

While we have had a few cool snaps, autumn has been mild overall.

That general trend looks to continue for much of the winter. Water temperatures have continued to fall below average the last few months over the Equatorial Pacific, as a moderate to strong La Nina develops. Traditionally, this weather pattern is one that keeps us warmer than average as it shoves the jet stream farther north limiting how much cold air we see.

When it comes to rain and snow, that can vary.

There have been three stronger La Nina winters in St. Louis since 2000-2001, and that winter was the coldest. Snow came early and blanketed us in white for more than half the month. December 2000 remains the second coldest on record in St. Louis due to that early snowfall and the cold pattern despite being a more intense La Nina year. Very little snow fell during January and February of 2001 and it wasn’t as cold as December.

Winter 2007-2008 and 2010-2011 were the last two winters with a stronger La Nina in place. Both winters were quite snowy with more than 30 inches of snow. Both of those winters were a little colder than average, but not by much, and during both of those winters, snow was on the ground by the middle of December. The biggest snow in 2007-2008 was in early March with 10” on the 4th.

The winter of 2010-2011 not only brought snow consistently from December into March but an outbreak of severe thunderstorms on New Year’s Eve. More than a dozen tornado tracks were identified with the strongest being an EF-3 in Sunset Hills with winds up to 150 miles per hour: a reminder that severe thunderstorms and tornadoes can occur any time of year given the right conditions. Ironically, St. Louis had a white Christmas in 2010 just a few days before the violent weather struck.

The end of October into early November gives us clues as to how the jet stream will behave this winter. For example, at the end of last month when Hurricane Delta was moving in from the Gulf while Oklahoma City was having a devastating ice storm. That the type of wavy jet stream pattern that can result in big snow here if the cold air is available.

We do expect a warmer winter than average, most likely there will only be occasional outbreaks of arctic air heading our way. Odds are, we will have to wait until January to see much snow based on what we see right now.

December is warmer than average. January looks to be about or a little below average and February looks about average.

The big question, just like every winter: is there cold air available when the storm track is favorable for winter weather? We will have our chances, but they will be limited - most likely after the new year.

When all is said and done, there is no question it will be a bit warmer than average. Rain and snow will likely be near average or slightly above average for us, but don’t discount the possibility of an impactful winter storm or two from the middle of January into February. And like we saw on Nov. 14th over the Ozarks, we will keep a severe weather eye out for any volatile weather patterns.

RELATED: Who to call after a winter car crash